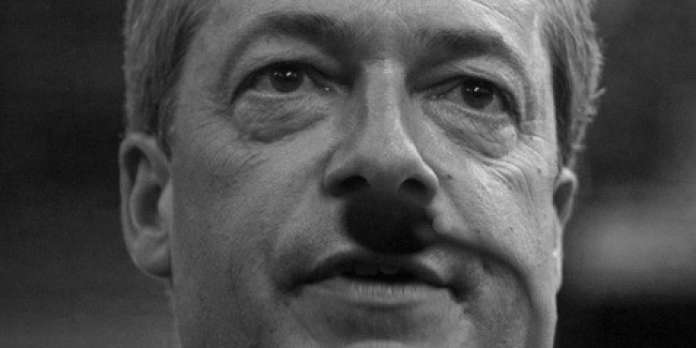 Close your eyes for a second. Can you think of any regular BBC presenter or programme contributor who is, or might be, vaguely right-wing?

In the distant days of the Thatcher and Major administrations, Michael Portillo maybe was (or professed to be), and maybe Andrew Neil still is – but beyond that, it’s pretty hard.

Not so, of course, with those of more leftist views. Try the ubiquitous Stephen Fry (of whom more later). Or Dara O Briain, Marcus Brigstocke and  David Attenborough, a climate change activist and Malthusian.  Here, the BBC Shop peddles his strident views.  The list is virtually endless.

Did any one of them vote Ukip, or even Conservative, at the last election? Perhaps not.

Their political beliefs are not hard to work out. Any BBC drama, or any edition of Radio 4’s The Now Show or The News Quiz contains abundant evidence that anything that contains even the faintest whiff of ‘austerity’ is to be loathed and derided.  And for example, Mitch Benn, a Now Show stalwart, went into the business of fundraising for the Green Party in 2010.

With her latest utterances, though, Sandi Toksvig perhaps now stands in a league of her own in terms of BBC-supported prejudice.

Actually, the reason for this post is that – hurrah! – she is stepping down from her role as chairman of The News Quiz (of which more later), but the point is that she – with a stable of left-wing cronies on the panel and as programme guests – has been a cornerstone of BBC4’s so-called humour for the past decade.

Already, she has form in terms of the venom she unleashes on anyone who dares to think differently from her liberal-left worldview. I apologise for repeating what she said but it is necessary to show the depths to which she sinks. Back in 2011, she decided it was uproariously funny in a News Quiz item about benefit cuts to declare that it was the Tories who had put an ‘n’ in cuts.

Predictably, the BBC complaints department decided that this was acceptable humour, and indeed, Radio 4’s commissioning editor Paul Mayhew Archer – who approved the programme in advance – declared that what she said would bring ‘delight’ to many listeners.

Ms Toksvig has now decided that she wants to pursue instead a career as a leader of a new grouping called the Women’s Equality Party. In a spate of fawning media interviews including this one on the BBC,  she has chillingly declared that her mission will be to ensure that women are treated ‘totally equally.’

This, she risibly but earnestly believes, is a ‘non-partisan’ viewpoint.  The party’s mission statement is here. Maybe readers of this blog might form a very different opinion. Belinda Brown shows here on TCW where the feminist agenda has led us.

It was in her new political role that Toksvig appeared in a session this week at the Hay Literary Festival, which seems increasingly to be the favoured haunt of her squad of lefty chums. With her was Stephen Fry, and Roly Keating – former Controller of BBC2 who is now chief executive of the British Library – and the topic of the event was actually the 800th anniversary of the signing Magna Carta. It can be heard in full here.

Ms Toksvig’s main theme was that the barons at Runnymede missed out all mention of women and so, too, did the Pilgrim Fathers when they began to speak of democracy. This, she declared, was self-evident monstrous injustice that now needs righting. She concluded that ergo, every workplace in the land must have equal numbers of women and equal pay.

Perhaps what Toskvig actually meant is that anyone who disagrees with her ‘equality’ agenda will be treated to a torrent of her own particular brand of c-word abuse.

Why? Well, en route, of course, she could not resist using her trademark ‘humour’. Her target this time was Nigel Farage.

She told the audience, “I watched the count for South Thanet and I found myself cheering for the Tory candidate. I hate Farage for that, I really do. He made me cheer a Tory, the bastard.”

Toksvig, continuing in her ‘non-partisan’ vein, then asked what Farage and Nazi leader Adolf Hitler shared in common, and referred to the Ukip leader’s previous battle with cancer.

She declared: “Farage kept having pictures of him defaced with Hitler moustaches. I mean he’s not really like Hitler. Okay, he has a German wife, he hates foreigners, he only has one testicle and he was defeated.”

And there we have it. What she actually means is that anyone who dares to oppose her is a racist and a bigot and deserves to rot in hell. It will be interesting when the BBC starts covering her campaign whether it subjects her views to the same amount of vitriol and incredulity that Farage has received from them.

But as the Corporation has used her as a mainstay of their presenters for so long – and given her an open platform to vent her leftist spleen – perhaps we should not be holding our breath.