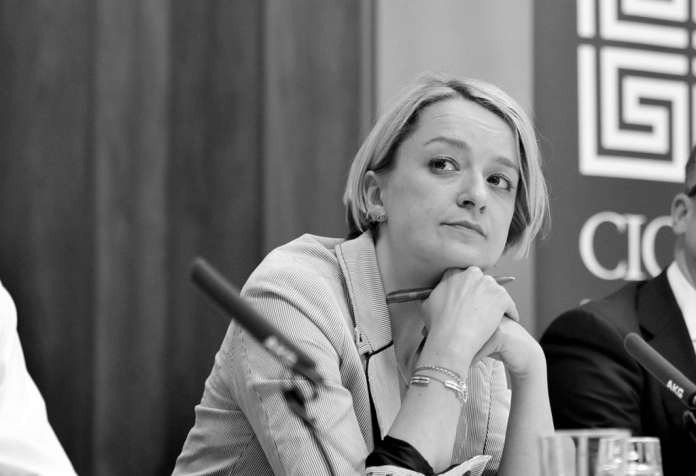 This was the weekend when, arguably, the BBC abandoned principles of impartiality and became a fully-fledged political faction determined to mount an all-out assault on the presidency of Donald Trump.

In BBC programme after programme, battalions of outraged parties were lined up to attack his new approach to border control. In tandem, presenters worked flat out to ensure that their points were delivered with maximum venom and outrage.

Especially egregious – though in line with the overall approach – was the contribution from a ‘journalist’ called Matthew Green on BBC News 24. As part of the newspaper review, Green – who believes that the Republican Party is the most dangerous Party on Earth – declared (without challenge from presenter Maxine Mawhinney):

‘Trump is ignorant, prejudiced and vicious in ways that no American leader has been. And I think Theresa May’s refusal to join other European leaders condemning what Trump is doing is a huge stain on her premiership and could be a defining moment for her.’

In case that was not enough, he later threw in:

‘US newspapers are calling him a tin pot dictator. America, in the past week, has suffered its ugliest start to any republic in the history of the country…Donald Trump is suffering from narcissistic personality disorder. He is megalomaniacal, vainglorious, prejudiced, vengeful. We’ve seen it all clearly. It is totally obvious.’

What stimulated such incontinent (and yet unmoderated) rage? The reality is that President Trump, using accepted constitutional process (fully in line with election promises), ordered that for the next 90 days (link to the full executive order), there will be a ban on entry by nationals from seven countries pending investigations about potential security risks.

On top of that, the US refugee settlement programme will be suspended for 120 days, and thereafter entrants with refugee status will likely be limited to 50,000 a year (compared to 110,000 under Barack Obama). And pending further investigations about Syria, potential refugees will not be allowed.

Tough? Yes. Draconian? Well, that’s surely what the US electorate voted for in November. The Democrats may have hated it, but Donald Trump was clear in rally after rally that he wanted tougher border controls. The new executive order is step one.

Of course, such restrictions are bound to cause anomalies and upset, but which comes first in terms of presidential responsibilities? The inconvenience of aliens – or the security of citizens?

Of central relevance here is that in taking such action – against the continued threats on home US soil from Muslim terrorists – President Trump is in no way breaking new ground. Jimmy Carter, for example, during the Iranian hostages debacle in 1980, stopped virtually all Iranians from obtaining visas.

Another crucial point is that the list of countries in the Trump executive order is not new, nor was it even devised by Trump and his government.

Reacting to terror threats and plots from 2009 onward, the US government eventually passed  the Terrorist Travel Prevention Act of 2015 which stipulated and facilitated visa controls on seven countries Iran, Iraq, Sudan, Yemen, Libya, Syria and Somalia.

The full framework of this complex picture is expertly laid out here by the US journalist Seth Frantzman, who recounts how he, too, was outraged at Trump when he first read of the new executive order (through the lens of the main news organisations) – and how he then uncovered the truth of its origins.

For the BBC, though, no such fact-checking, or balance. As Craig Byers expertly observes here, Radio 4’s The World This Weekend was admired in a tweet by Samira Ahmed (presenter of the Corporation’s so-called complaints programme Newswatch) as a  ’model of how to report unfolding events responsibly’.

Pardon? Over to Craig:

‘It met her criteria for responsible broadcasting by featuring only ‘responsible’ guests – namely, (a) an immigration lawyer, (b) a Democrat congresswoman, (c) an Iraqi activist, (d) a former Labour foreign secretary and (e) a Conservative MP, all of whom are opposed to President Trump’s executive order on refugees/immigration.’

Craig adds: ‘Last night’s (Saturday) PM on Radio 4 was just as ‘responsible’ in its ‘guest choices’, featuring three interviews in a row about President Trump’s executive order on immigration – one with an Iraqi politician, one with an American Muslims campaigner, one with a British MP – all of them appalled by the presidential order. Again, there were no ‘irresponsible’ balancing voices to be heard.’

Where next? Laura Kuenssberg, of course, opened another line of assault on Friday night with her question at the May-Trump press conference, and correspondents are making no secret of their total disdain in tweets. This open, unqualified hostility towards President Trump is totally unprecedented territory.

Share
Facebook
Twitter
WhatsApp
Email
Previous articleNiall McCrae: Bad boy Milo has a run in with the censors
Next articleLaura on Wimmin’s Hour: Peering through the lefty looking glass