NewsPaperthe art of publishing
HomeNewsDavid Keighley: BBC-sponsored Comic Relief is just a front for the most...
37

David Keighley: BBC-sponsored Comic Relief is just a front for the most ghastly Leftism 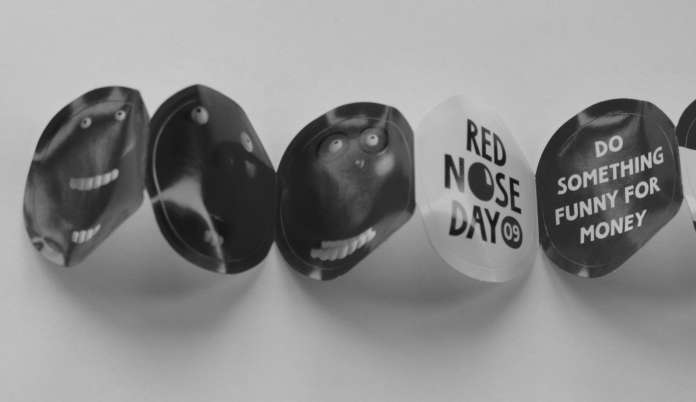 It’s Comic Relief time again, and bingo! With this year’s appeal total of £78m, the charity has raised £1bn over 30 years. The BBC is beside itself with glee, and treats the charity’s press release with a reverence on a par with pronouncements about the dangers of global warming.

Of course, it’s impressive, hugely so, that the British public cares so much about the plight of deprived Africans that it gives on such a scale.

But this is fundraising like no other. The BBC uses its massive broadcasting capacity and expertise to pump out dozens of prime-time programmes, all of which unashamedly plug the charity’s work and pull at our heart strings. Comic Relief is a finely-crafted advertising campaign, and it is no coincidence that its chair, Cilla Snowball, is also boss of Abbott Mead Vickers, the UK’s largest advertising and communications group.

The airtime, if bought commercially – which it could not be because broadcasting regulations precludes such overt appeals – is itself worth tens of millions of pounds. Thus Comic Relief has a hugely privileged fund-raising process, shared only with the BBC’s own Children in Need Appeal.

As a result of its firepower, Comic Relief has assumed the trappings of a very grand organisation indeed. One look at the website’s page of its ‘Meet the Team’ page confirms this.  In various management and trustee roles are an assemblage of the new establishment’s great and the good, from right-on BBC senior executives Danny Cohen (Director of Television), Tim Davie (Director BBC Worldwide) and Peter Salmon (Director, BBC North), to bleeding heart film director Richard Curtis and comedian Lenny Henry, and from domestic violence campaigner Diana Barran to ex-Chris Evans erstwhile girlfriend Suzy Aplin.

Nothing obviously binds them. But I bet that none of them vote Ukip.

Scratch beneath the surface and direct espousal to a number of right-on causes – including world government, population control, anti-capitalism and climate change alarmism –  immediately becomes apparent.   For example, the Comic Relief year opened with a press release headed ‘A Big Year for People and Planet’…and it breathlessly told us:

Malala Yousafzai, Nobel Peace Prize winner who put her life on the line for the right to education, recently said:

“2015 must be the year the world wakes up and delivers a safer, more just future for children and young people. We all must play our part in ensuring this is the case. Do not let this opportunity go to waste.”

In other words, Comic Relief is totally wedded to the UN’s Marxist agendas to change the world with all that this entails. US campaigner Franck Koch said:

“I view this Bill as another tool to help educate people on how the UN is exploiting environmentalism to gain control of communities.

“UN Agenda 21 is sold under such names as ‘smart growth’ or ‘sustainable development’ and offers benign suggestions like more bike paths and recycle programs to ‘save the earth,’ but the objective is to get UN tentacles and infrastructure in place for the future. As the tentacles become more powerful, the ideas morph into passing laws dealing with carbon taxes, limiting private property, and population control as a means to ‘save the earth’.”

Comic Relief is thus part of a new charity-privileged class with a clear agenda to change the world in accordance with the UN’s vision.  The grouping also encompasses charities such as Oxfam and  Christian Aid. All of them work in cahoots with the Department of International Development (DfID) with its massive guaranteed multi-billion income of 0.7 per cent of GDP.

In summary, Comic Relief is, in essence, a massive fundraising con trick. Behind its glossy snake-oil salesman facade is a rotten-to-the-core aid agenda – also shared by the BBC – which has world government, the destruction of capitalism and climate change alarmism at its main goals.

Share
Facebook
Twitter
WhatsApp
Email
Previous articleHolly’s Letter from America: Even Germaine Greer is not safe from the PC mob
Next articleRev Julian Mann: Give thanks to God for our mothers and for all they do for us