NewsPaperthe art of publishing
HomeNewsDavid Keighley: David Cameron is walking in the footsteps of Ted Heath
2

David Keighley: David Cameron is walking in the footsteps of Ted Heath 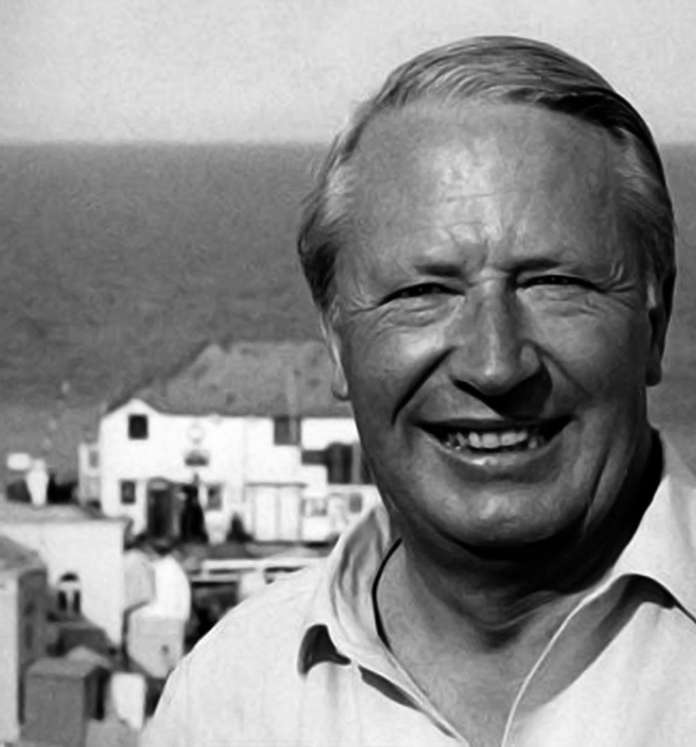 Since 1945, there has been only one general election that did not provide a clear majority for one party. As we head for potential deadlock tomorrow, there are some pretty uncomfortable lessons from the stormy and bleak days of February 1974.

Back then, the electorate was equally as confused as today. One the one hand was Ted Heath’s brand of lukewarm liberal Conservatism. It can now be seen as eerily similar to David Cameron’s.

Despite much posturing, he conspicuously failed to tackle the trade union militancy that dominated his period in power  – especially from Joe Gormley’s miners – and his vacillation under fire, combined with his desire to stick to the centre ground gave us at the beginning of 1974 the grinding misery of the three-day week.

Another strand that was to be crucial was that, despite having no electoral mandate on the subject,  Heath had railroaded – perhaps illegally – the UK into what was then the Common Market. He told the British public a pack of lies about the implications in the process, not least of which was that our fishing industry would not be affected.

His bull-headed europhile zeal provoked big beast Enoch Powell into explosive and highly-damaging fury. In a speech in Birmingham on February 23, five days before the poll,  he announced he was quitting the party,  recommended that Tory supporters vote Labour (because they opposed the Common Market)  and warned that Heath had fatally compromised British sovereignty, putting it on the road to becoming a province of a European super state.

Powell’s reaction probably cost the Conservatives the election because in other respects, Heath had many advantages. The Press, for example, was with the exception of the Mirror solidly against the might of the TUC and Labour.  Even The Guardian was unsure about Labour’s competence and recommended its readers to abstain.

What the press was fighting against was Harold Wilson’s battered but militant and treacherously Machiavellian version of socialism that between 1964 and 1970 had (with the benefit of hindsight) undermined the economy and paved the way for the collapse of many of the cornerstones of British society.  Legislation rammed through by Labour smashed the grammar school system, fatally weakened the family by allowing too-easy divorce, paved the way towards the modern reliance on benefits, and initiated with rafts of legislation the headlong rush towards the Human Rights culture.

Most pundits assumed that the Conservatives would win. But the result was as near as damn it a dead heat. Labour secured 301 seats, the Conservatives 297, Liberals 14, and the SNP and Ulster Unionist Party seven each.

A complicating factor was the consequence of the worst features of the first-past-the-post system. Heath actually attracted a majority of the popular vote, 11.8 million votes compared with 11.6 million for Labour.  And although the Liberals had only 14 MPs, they won more than six million votes. By sharp contrast SNP attracted only 600,000 votes and had had half the number of MPs as the Liberals.

Because of this level of popular support, the Conservative cabinet initially believed that they had a potential mandate to form a government.  Heath therefore did not resign immediately. He instead attempted to persuade the UUP and Liberals to form a Coalition.  Liberal leader Jeremy Thorpe demanded in return that there should be electoral reform. Heath would only offer him an inquiry about the subject, and after three days of closed-door negotiations, Thorpe said no.

Heath then resigned, and Harold Wilson walked back into Downing Street for the third time.

All this might seem a long time ago and somewhat academic. But it isn’t.  Despite the wafer-thin majority in the Commons, Labour battled on with their socialist agenda, relying for the next six months on an uneasy alliance with the Liberals. In October, a second general election was held and this time. Wilson attracted a majority of the popular vote and won 319 Commons seats, ahead of Heath on 277.

In retrospect, this result led to one of the most miserable periods in British history. Inflation remained rampant and reached levels of 25 per cent per annum.  Mortgage and interest rates rocketed. Denis Healey, the Chancellor of the Exchequer, was forced to go cap-in-hand to the International Monetary Fund for emergency help. The financial uncertainty stoked trade union militancy on unprecedented levels and the Government could do little or nothing to stop it. There was a seemingly endless round of national strikes and they affected almost every aspect of life, from regular petrol shortages to bin strikes.

It was not until Margaret Thatcher was elected in 1979 with a clear mandate and a clear vision that the country’s problems began to be sorted. Heath and Wilson between them made us a basket-case.

So why were Labour under Harold Wilson returned to power? Why did the British people inflict on itself an era of abject misery and near hyper-inflation?  One factor was definitely fear. People saw their wage packets being massively eroded by inflation, and they undoubtedly felt they needed trade unions to protect them.  Between 1970-4 Heath had said he would control and tame union power but failed to deliver.

Because of this, the British people did not trust him. Heath was a dripping wet Tory. He had the chance to reverse grammar school closures, but did not to the extent that under his watch, comprehensives were created at a faster rate that under Labour.  He wanted to go into the Common Market, and rushed with indecent haste into doing so on highly unfavourable terms. Part of the deal was that to satisfy Brussels bureaucrats, he dismantled the centuries-old organic system of local government. In the process, he destroyed the roots of local democracy.

Ultimately, Heath had no vision, was not really Conservative and no tactics other than shilly-shallying expediency. The British people sensed that.   David Cameron should heed that lesson. As things stand, though, he is on the verge of committing the same mistakes as back in 1974.