NewsPaperthe art of publishing
HomeNewsDavid Keighley: Does the BBC play Europe straight these days? A leopard...
6

David Keighley: Does the BBC play Europe straight these days? A leopard doesn’t change its spots 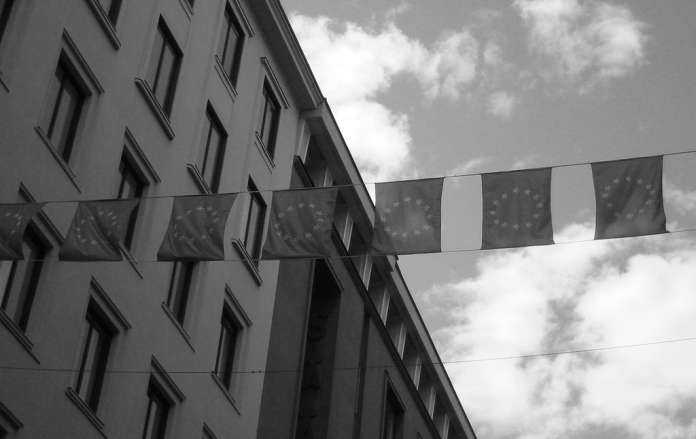 There’s growing evidence that as the EU referendum approaches, BBC is increasingly inhabiting a weird alternative universe where any concept of support for British interests seems to have all but vanished – together with all normal journalistic principles.

Some out there seem to believe that because a few figures who support Brexit have made unprecedented BBC appearances, the Portland Place leopard may be changing its spots. Fat chance!

Former Europe editor Mark Mardell – now the presenter of The World This Weekend – went on a lovely jolly to Lisbon and came back with a report that in BBC terms was supposedly a balanced assessment of that country’s attitudes to David Cameron’s so-called reform package.

In reality it was 11 voices who loved the EU and almost everything about it – including Sir Mike Rake, the former President of the CBI, as well as an army of Portuguese – ranged against one Eurosceptic, Richard Tice, an investment banker who is now a guiding light in the Leave.EU camp.

Mardell’s chosen spokesman from the Portuguese government (a coalition of socialist and Marxist elements who are fanatical supporters of the EU) felt that not only was David Cameron’s idea of reform of benefits for immigrants an impertinence, but also that it was imperative to create a Europe-wide approach to welfare so that the idea that individual states could have choice in such matters would be put to bed – for ever.

Then the interview with Sir Mike Rake added up to almost three times the length of that with Richard Tice. Rake had the time and space to advance a wealth of reasons why the United Kingdom was far better off in the EU, why immigration was vital to the British economy (completely unchallenged, of course) and why the Cameron reforms were perfectly pitched.  The main question to Tice, by contrast, was whether exiting the EU would be ‘a leap in the dark’.  He had less than a minute to cobble together a coherent reply.

Mardell could, of course, have found a few Portuguese people who are less content with how the EU has treated the country, and given Tice – in the interests of basic and obvious fairness – at least as much time as Rake to put across the Brexit perspective. But this is the BBC….and normal journalistic rules do not apply.

Veteran broadcaster Ed Stourton was also in the same territory with his programme in the Radio 4 strand Analysis (h/t Craig Byers from Is the BBC Biased?).  First off, the programme blurb was positively bizarre and seemed to ignore that Ulster, Northern Ireland, call it what you will, still exists. Rather there is a country called Ireland, with an inconvenient border that would become an even bigger problem if – God forbid – Brexit happened.

‘The first section (the first 15 minutes) dwelt on the possible negative consequences of the closing of the presently ‘open’ border. The second section (some two and a half minutes) dwelt on the possible negative economic consequences of a Brexit, especially for Northern Irish farmers. The third section (around four minutes) dwelt on possible harm to the peace process from a Brexit. The fourth section (two minutes) looked at the position of Irish passport holders in the UK, some 500,000 of whom will be able to vote in the referendum. The fifth section (a couple of minutes or so) looked at the damaging uncertainty a Brexit might cause. And the final section (two minutes) looked at how the UK might fracture constitutionally as a result of a Brexit.’

And there we have it. The programme specially crafted five strong arguments against a UK exit. Not only that, the two Eurosceptic guests, Kate Hoey and Nigel Dodds, spoke for only eight minutes in a programme of almost half an hour, and had ranged against them eight anti-leave figures.

The BBC claims to everyone who will listen that it is getting its EU act in order as the referendum nears and the campaign unfolds. It is true that they are broadcasting programmes that – almost unprecedented on BBC airwaves – are exploring EU issues and the case for and against leaving. But the more they broadcast, the more it appears that the Corporation’s version of impartiality is a million miles from fairness.