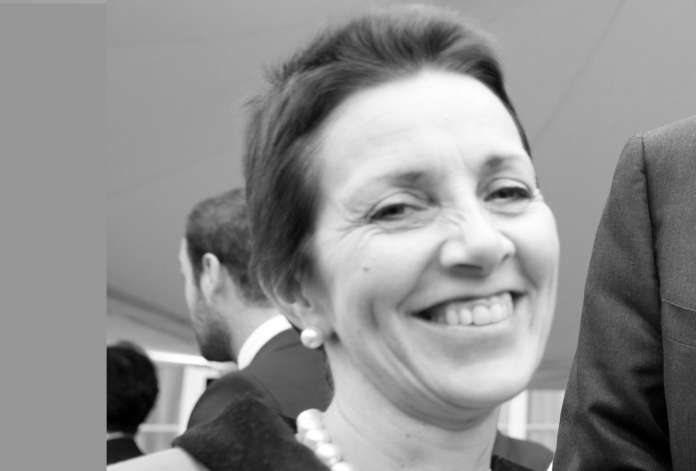 The Commons Culture, Media and Sport Committee have declared that Rona Fairhead is a suitable candidate to become next Chairman of the BBC Trust.

No wonder our cynicism about politicians and the political class is at an all time high.

One of the most crucial issues facing the Corporation at the moment, according to a long-term poll by YouGov reported here, is that only 44 per cent of us now have confidence in BBC journalism.

Director General Tony Hall and his executive board of discredited senior management and highly-biased  placemen spend £1 bn a year on Corporation  journalism – making it probably the most lavish news operation in the world – but the majority of the British public don’t trust it.

There reasons are multiple and crystal clear. BBC drama is rammed full of crude, leftist agitprop propaganda that attracts the ridicule of the reviewers. Its science and nature programmes , once the envy of the world, are now routinely hinged mainly on proving that climate change is a major issue that threatens the end of civilisation as we know it.

And as News-watch has chronicled for more than a decade, the Corporation is massively biased in its reporting of crucial issues such as membership of the European Union, immigration, climate change, and much more.

A further issue about the Corporation’s militant stance on climate change  – illustrated here by Trustee Alison Hastings in a formal BBC statement – is that it puts the BBC formally and obviously at odds with the majority of the Conservative party. A poll published this week by the magazine PR Week shows that only 30 per cent of Tory MPs now think that global warming is an established scientific ‘fact’ (whatever that may be) and 53 per cent of them think that changes in climate are not the result of man.   And even Labour MPs are changing their minds – almost 50 per cent say the topic is less important than it was five years ago.

Ms Fairhead was asked about the crucial topic of BBC bias by the MPs she faced on Tuesday, by doughty Conservative backbencher Philip Davies.

Her main answer, which can be seen here, was unequivocal and delivered without a flicker of doubt:  that she felt the Corporation was definitely impartial. It was now her job to ensure that this continued.

This defies belief. Ms Fairhead’s primary qualification for the job, we are told, is that she is a hard-headed, highly competent businesswoman who knows how to read a balance sheet and how things are run.

But here she is in the very foothills of her tenure, and she has already made her mind up on probably the most important issue facing the Corporation.  Move along there, nothing to see, nothing to discuss, nothing to worry about, was her brisk, dismissive message.

She also told the Committee as a major plank of her approach, that under her watch, the Trust would be, if anything, less active than it is now – she wanted to leave the Director General and his executive board get on with the job of running the shop.

What???  That will be the BBC executive board who recently were said by an Employment Tribunal to have acted, in effect, like amateur, incompetent, spiteful charlatans in the handling of the sacking of the Corporation’s chief technology officer, John Linwood, and which still has huge question marks to answer over the handling of the Savile affair.

At the very outset of the new regime, Ms Fairhead has astonishingly,  in effect, conceded more power than  ever before to Hall and the executive board, and has set her face totally against those millions of licence fee payers who no longer trust the BBC to be unbiased.

What the Corporation needs now above all is radical thinking from genuinely independent Trustees who are both ready and able to hold the executive to account and ensure that the remit is properly met and properly impartial.

But instead, what has become depressingly clear,  is that in Ms Fairhead, we are getting is yet another millionaire member of the metropolitan elite who has not got the faintest grasp of the serious issues involved.  That elite wants to keep the BBC exactly as it is because it so slavishly reflects its values.