NewsPaperthe art of publishing
HomeNewsDavid Keighley: Is Rona Fairhead’s likely appointment as BBC chief another inside...
7

David Keighley: Is Rona Fairhead’s likely appointment as BBC chief another inside job? 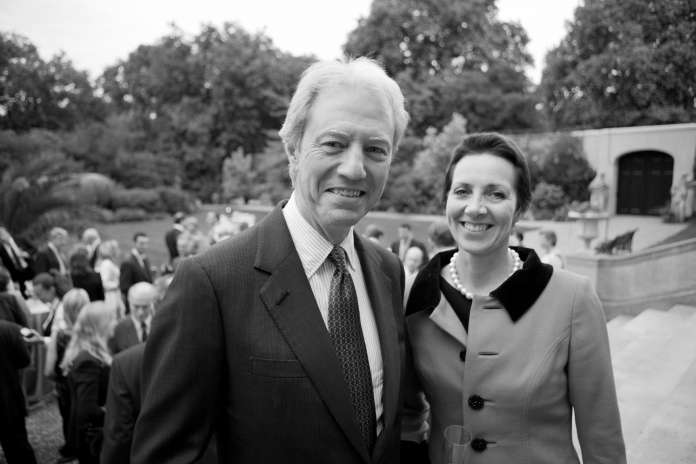 It seems that, barring major left-field interventions, Rona Fairhead, former boss of the Financial Times group, is in line to become next chairman of the BBC, in succession to the disastrous Lord Patten.

What’s clear about Ms Fairhead, the government’s official ‘preferred candidate’, according  to the weekend press,  is that she is a career manager – previous posts included spells at ICI – and that she very much keeps herself to herself. Her only interview  that shows up on Google was in 1998 for The Independent.

The BBC’s preferred media pundit, Steve Hewlett, suggests that her undoubted sharpness, lack of media enemies, and proven independence of spirit could qualify her for the job, despite the apparent lack of directly relevant experience in the broadcast field.

A rather more worrying insight is provided by this feature in which she is mentioned. It seems that Fairhead lives on the Highclere estate and is part of the cosy, and totally unaccountable, Cameron inner-circle. Oh dear.

One of the first tasks facing Ms Fairhead will be the continued fall-out from the Savile affair. Dame Janet Smith’s report on the extent to which the BBC was aware of his abuse is scheduled to be published in the weeks after the second trial of Dave Lee Travis, due to start this month. Smith delayed her report because it was feared her findings  might prejudice the trial.

In Plain Sight, Dan Davis’s book on Savile, published in July, brings into sharp relief that Savile’s abuse of young girls was an almost daily  feature of his entire adult life, so it is highly likely that abuse was happening on BBC premises on a far bigger scale than has hitherto been acknowledged.

Davis’s forensic analysis of the axing of the Newsnight inquiry into Savile – which was the subject of the Pollard report – also puts into much sharper relief than ever before that the BBC’s reaction to criticism from the outside world is a bloody-minded, almost crooked  determination to cover up internal shortcomings.

Some of those who were involved in  the Savile fiasco, such as Helen Boaden, now director of radio, then director of news, are still in post and are still making the executive board decisions that shape the Corporation’s future.

A primary issue for Rona Fairhead is how to deal with this culture of obfuscation, cover-up and deceit, and to make the BBC genuinely accountable, rather than operating on its own, self-protecting, we-know-best  terms.