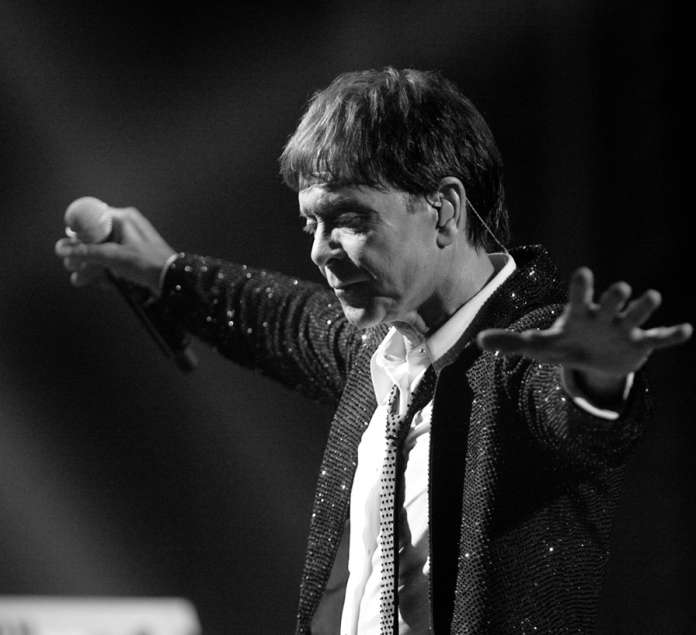 The latest twist in the BBC-Cliff Richard saga is that Corporation news chiefs are blaming ‘competitive pressure’ for their decision to launch what’s been called a witch-hunt against the singer.

And director general Tony Hall is being hauled before the Commons home affairs committee to explain the Corporation’s role in the police search of Sir Cliff’s home in connection with alleged sex offences.

The concern of MPs and veteran broadcaster Michael Parkinson is that BBC news teams may have breached accepted reporting guidelines by acting too hastily and by naming someone who had not been charged.

Meanwhile it looks like the Corporation has been briefing its house organ The Guardian about why it claims it decided to treat the search as a major news event – involving the use of a helicopter. The treatment of Sir Cliff has also drawn sharp criticisms from leading human rights barrister Geoffrey Robertson that the BBC’s reporting and actions looked like ‘a conspiracy to injure’ the singing star.

In what looks like a carefully organised off-the-record briefing last night, reporter John Plunkett says that it was deputy director of news Fran Unsworth who gave the go ahead for the coverage. The reason? Because the Corporation is ‘coming under increasing pressure in its news operation to beat rivals to exclusive stories’.

If this is true, it’s a pretty weak excuse. The BBC, like all broadcasters,  is under constant pressure from rivals to deliver the best stories quicker than anybody else because, well, actually, that’s part of the essence of journalism.

Basic ethical codes that every trainee are taught also make it plain that there is an associated duty to get the facts right and to act within accepted ethical codes and within the law of the land.

It looks rather that the Corporation has been caught with its pants well and truly down,  and is now desperately casting around for an excuse.

Rival broadcasters have only a tiny fraction of the resources that the BBC does for news-gathering. This has all the hallmarks of clumsy overkill: the use of  a  helicopter because they could, the crowing from the rooftops of an ‘exclusive’. With all the subtlety and grace of a burglar using a sledgehammer.