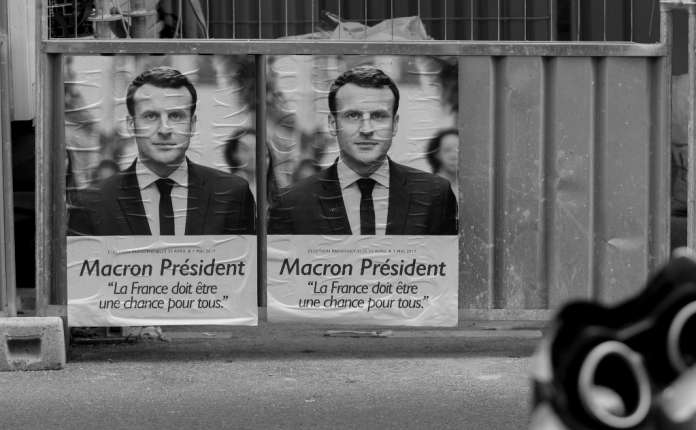 Election watch today is focusing on bias by omission – in this case, what the BBC hasn’t reported about Macron’s victory.

Throughout, there was no doubt whose side in this election the Corporation was on, if only in the routine labelling of Marine Le Pen as ‘far right’ and Macron as a ‘centrist’ – even though many not of the BBC mindset would regard his policies on the EU and immigration as anything but.

And yesterday, on Today, Jim Naughtie, designated now as the programme’s ‘special correspondent’ was unquestionably in celebratory mode, adopting exactly the same overall positive and congratulatory tone as when, also from from Paris (in 2002) he reported on the introduction of euro notes and coins.

What the BBC didn’t report yesterday was the massive snub Macron dealt to French tradition when he opted to announce his victory to the strains of the EU’s anthem Ode to Joy rather than the usual patriotic tune Le Marseillaise.

Also missing from the BBC’s reports was any realistic analysis of the negative impact his blind passion for the EU – and its legions of multiplying structural problems – will have on the French economy.

Curiously missing too, as Kathy Gyngell has also noted on TCW, was any real investigation of Macron’s suspiciously- smooth mercurial rise to power, and how a political novice has managed to launch so potent a political movement in little more than a year. The BBC’s Hugh Schofield instead put it down to his ‘irresistible charm’ (although, to be fair, also noting that this might be his undoing).

Questions that now abound include whether this BBC-declared ‘centrist’ is actually a socialist, especially as the general secretary of En Marche! (Macron’s new party), Richard Ferrand, is  a long-time member of the Socialist Party.

But the final words go to Schofield. He declared:

The election of a new leader is not a moment that invites cynicism – and most people will wish the best for a man who is palpably decent and wants to give his all for France.

Was that what the approach adopted by Schofield and his BBC chums reported on the election of Donald Trump? Maybe not. This post on TCW is an interesting comparison with how the Corporation treated his election. Not much mention there of charm!