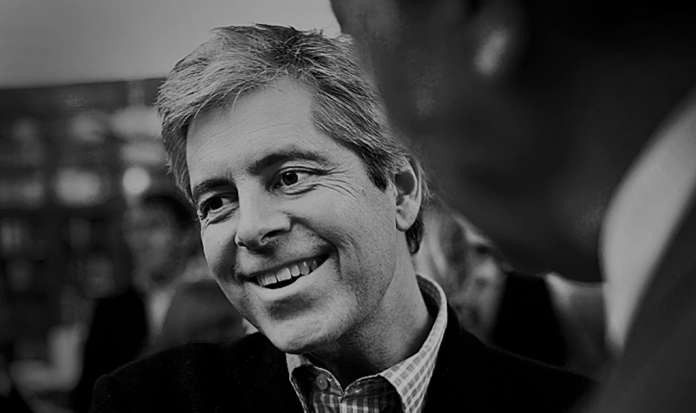 The Today programme’s election centrepiece yesterday was a visit to Bath University by presenter Justin Webb, ostensibly to explore what they clearly saw as one of the burning issues of the campaign: the ‘progressive alliance’.

And bingo! En route, they managed to find a new way of showing how unpopular Ukip is.

Somewhat unusually for Today – perhaps the influence of new editor Sarah Sands? – it was a series of segments in front of a live audience in one of the university buildings.

Whoever they were – it was not explained – they were up at 6 am and listened mainly politely to a range of contributors, such as Lord Ashdown and Molly Scott Cato, the local Green candidate.

But the mood changed markedly at around 6.45 am. Suddenly, we were in the radio equivalent of the Lion’s Den, when Ukip’s Ian Kealey, (who fought North Somerset for the party in 2015) joined Webb. Guess what? They audience booed him loudly, and attempted to shout him down with yells of ‘you’re broke’.

Then, as he dared to suggest there might be benefits of Brexit, there was more heckling, including laughter and jeers. Someone could be heard above the cacophony. He shouted: ‘Name one’.

Justin Webb, to be fair, stepped in at this point to calm things down, and Kealey then eloquently managed to outline that young people would potentially benefit because £15 billion of investment money had come into the country. This, he claimed, would translate into jobs.

The rest of the sequence was an interview with Scott Cato. No heckling here. In fact, there was applause as she attacked the Tory party for its ‘divide and conquer policy’, which, she claimed, gave benefits to older people to deprive younger generations; and then outlined that under the Greens, tuition fees would be scrapped, and secure homes would be provided for young people.

Now, of course, no-one can ever predict how a live audience is going to react. But perhaps if you go to Bath University and put students who listen to the Today programme with a Ukip candidate, it’s almost a  cast-iron certainty.

As it was Ian Kealey was alone in being heckled. It will be interesting to see how Today editors work to balance that negativity against Ukip (that they created) as the campaign unfolds.