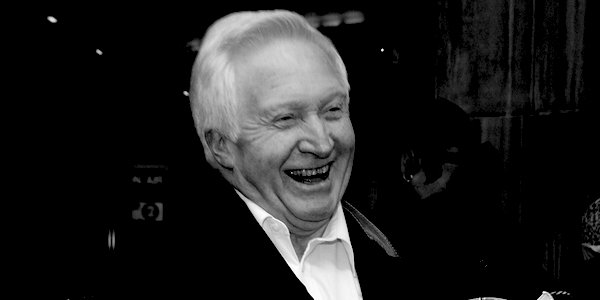 There have been 1,369 editions of BBC1’s Question Time since its launch in 1979, and it has an estimated weekly audience of 2.4million in its 10.40pm slot on Thursdays.

There is a list of potential successors, ranging from Kirsty Wark to Victoria Derbyshire and Huw Edwards. But almost certainly the winner won’t be a man. This is the era of BBC ‘diversity’/feminism quota box-ticking, outlined here, and no woman has yet been the show’s permanent host – though in the mid-1980s, Nationwide host Sue Lawley deputised regularly for Sir Robin Day.

Already the Conservative Commons equalities committee chair Maria Miller has stepped in, warning the BBC that it must appoint a woman.

Woe betide the Corporation, therefore, if it appoints a man. And now that it is in the grip of the ‘quota’ agenda, can it risk appointing a white woman to the role?

This is an organisation where the head of comedy, Shane Allen, said this week that Monty Python – one of the greatest creative hits in television history – would not now be made by the BBC because it was conceived by and starred white Oxbridge graduates.

On that basis, there must be only a handful of candidates for Question Time. Step forward Today presenter Mishal Husain and Samira Ahmed, who hosts the BBC News Channel’s complaints programme Newswatch, after cutting her television teeth on Channel 4 News. So certain is Ms Ahmed that she is in with a shout that she has self-declared her candidacy on Twitter.

Ms Husain has already briefly occupied the Question Time chair during the debates leading up to the 2017 General Election. Her debut, as was reported here, did not go well. The audience was full of raucous supporters of Jeremy Corbyn, and Ms Husain had great difficulty controlling proceedings. She was loudly heckled and almost drowned out when she asked the Labour leader how he would pay for his (uncosted) child care policies.

The BBC thus has a serious dilemma of its own making on its hands. Quotas are a serious bind and indeed are likely to stifle creativity and excellence in programme-making.

In reality, however, women have been centre stage in the production of Question Time since its inception. The first editor was a formidable feminist, Barbara Maxwell, to whom Sir Robin referred as ‘the flame-haired temptress’. Her reign lasted 14 years.

The story of the pressures Sir Robin faced from Ms Maxwell is told by Peter Sissons in his autobiography and summarised here. From the outset she worked to ensure that women panellists were a regular part of the show, often irrespective – Sir Robin believed – of whether they had enough experience to be able to deliver under the unique pressures the show generated.

When Sissons – lured to the BBC from ITN in 1989 to be Sir Robin’s successor – took over, Ms Maxwell made it clear to him that the female quota system must continue. When Sissons objected, he says she made his life in the chair as awkward and uncomfortable as possible by the choice of sometimes unsuitable and incompetent female panellists.

Sissons says he left the show four years later after the BBC decided Question Time would be put out to independent production. The team appointed was all-female and – Sissons alleged – intensified the pressure on him.

Sue Lawley was lined up as his successor, but ruled herself out because the BBC insisted that there must be a three-legged audition process also involving David Dimbleby and Jeremy Paxman. Although she was the clear favourite, Ms Lawley refused to take part because, it is claimed, she thought that as an established BBC presenter auditioning was beneath her, so Dimbleby was appointed.

The point of all this? Despite its long history of female involvement and the encouragement of participation by ‘minorities’, Question Time seems now destined to have a host who will be chosen on the basis of quota-related box-ticking rather than his or her capacity to perform in a particularly tough hot seat.

Another issue is whether the programme is past its sell-by date. The format of voters confronting politicians was innovative in 1989 but almost 40 years on it has become hackneyed and formulaic. As is argued here, it has become a platform for platitudes, a performance vehicle for those who can blather best. Rather than illuminating the political process, it generates mainly obfuscation.

Not only that, as the Institute of Economic Affairs shows here, it has become deeply biased, especially since the EU referendum, with panels heavily weighted towards the Remain side.

The BBC has a programme budget of billions. It is high time it started to use it to generate innovative news and current affairs programmes rather than hobbling along with the tired relics of another age.