NewsPaperthe art of publishing
HomeBBC WatchDavid Keighley’s BBC Watch: The Beeb is on a mission to destroy...
199

David Keighley’s BBC Watch: The Beeb is on a mission to destroy the Brexit vote 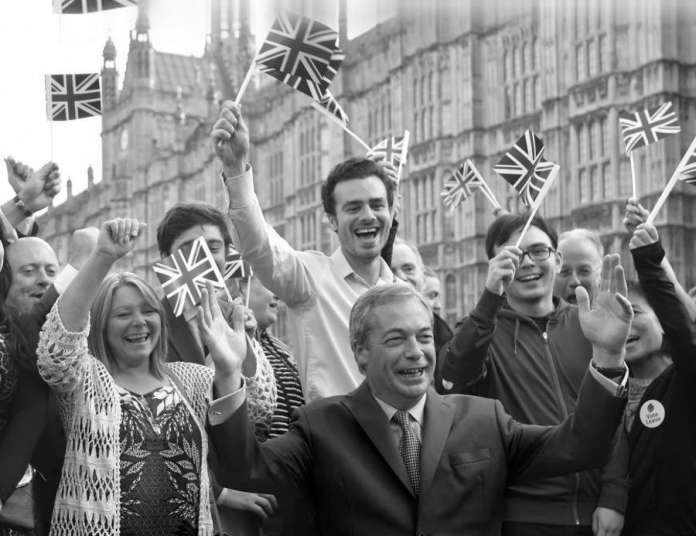 Many – including the writers of a Daily Mail editorial and The Mail on Sunday’s columnist Peter Hitchens – claimed that the BBC had changed its spots during the EU referendum campaign, and was bringing impartial coverage.

Clearly, there was – for the first time – an attempt at least to talk to the ‘exit’ side. But since the result was announced, any semblance of balance seems to have evaporated.

News-watch’s BBC Complaints website has been inundated since Friday morning with a deluge of submissions, all saying broadly the same thing: the BBC now sees its mission to undermine Brexit in any and every way it can.

Project Fear might have been masterminded by David Cameron and the Tory high command, but something similar now seems to being pursued with vigour by the BBC as it seeks to bring to light every reason it can as to why the electorate was wrong, and even – as Today presenter Nick Robinson claimed on Tuesday – that the referendum itself was ‘unnecessary’.

Keeping track of the Corporation’s new mission is a major headache because almost every programme seems to have the same multi-pronged obstructive agenda:

News-watch will write a full detailed report on this in due course. But meanwhile, Exhibit A in this barrage of negativity came on Newsnight last Friday night. It was the first edition to be broadcast after the BBC referendum guidelines were no longer in force. By golly, editor Ian Katz and his Guardian chums went to town.

Pride of place was given Kenneth Clarke, arguably the most ardent, embittered and vitriolic Europhile of them all (News-watch research shows that he has been delivering the same cracked messages for 17 years), to posit and push hard that the referendum result was not conclusive and had unleashed chaos.

The show was orchestrated by a hyperactive Evan Davis, who seized upon every opportunity to show that Brexit would not work. Star turns included Kirsty Wark, who emphasised that Scotland had voted ‘in’ because Scots were more multicultural and welcoming of immigration than England; and then ‘equality campaigner’ (and ‘transgender rights activist’) Paris Lees, who said it was clear that Britain was now being led down a ‘very dark path’.

There were ‘balancing’ guests such as ‘exit’ supporters Tim Montgomerie of The Times and Suzanne Evans of Vote Leave. They expressed differing views but there could be no doubt of what Newsnight’s overall goal was as the dust on the poll settled:  to establish that Brexit equals turmoil.

Exhibit B is an item written on Tuesday by James Naughtie – one of the Corporation’s eminence gris –  for the BBC website. It has to be read in full to be appreciated.  To cut a long story short, he compares the upheaval now underway to that when Henry V died, and en route betrays that he thinks the referendum ballot, in which 17 million Britons voted for ‘exit’ was a chance occurrence. A magisterial posting by Craig Byers of Is the BBC Biased? betrays the extent of his blatant bias.

Exhibit C is the pushing of the ‘Brexit equals racism’ agenda on multiple fronts. On Tuesday’s BBC1 News at Ten for example, it was stressed that the number of racist assaults had increased in the wake of the vote, and BBC reporter Ed Thomas went out on the streets of Leeds to show, first that local Latvian residents were under attack, and then, for good measure, found what he said was ‘a fascist’ with a swastika tattoo on his biceps to ram home that supporters of ‘out’ meant business.

In the same vein, Victoria Derbyshire assembled for her BBC1 show earlier in the day a cast of interest groups and campaigners who were angrily determined to show the level of racism in the ‘Leave’ vote. Shazia Awan – who it was said had faced ‘racist abuse’ – stated (over caption overlays illustrating the alleged extent of the abuse):

‘Now, Boris Johnson, Michael Gove and their alliance with Nigel Farage and taking donations from the BNP have caused this. Boris Johnson is not fit to be leader of the Conservative Party.’

Only time, and more detailed analysis, will show the full extent of this BBC bias. But these early signs are that for the Corporation, the poll last Thursday was an aberration to be fought on every possible front. The gloves are off.