NewsPaperthe art of publishing
HomeNewsDavid Steel and a shocking admission
92

David Steel and a shocking admission 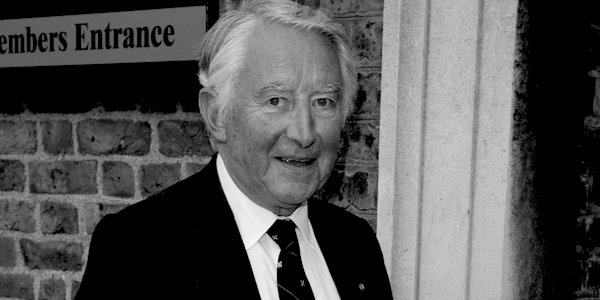 STORIES about the sexual abuse of young people seem to be emerging almost continuously in a non-stop stream of evil and human misery. Every week we have a new and horrible revelation or accusation.

Many simply tune out these stories, not because of a lack of concern or empathy for the victims, but because there is only so much you can take in. We already know it’s a wicked world and if we pay too much attention to these things, it won’t help the victim but may well leave us simply feeling overwhelmed.

But if one of these stories intruded into someone’s life, putting them knowingly and directly face to face with an abuser, or confronted them with evidence of a crime, you would expect them to do the right thing – contact the right agencies, raise an alarm, or do whatever they could to reduce any possible harm to existing or potential victims. Certainly not ignore the problem.

We all have duties; sometimes legal ones and certainly moral ones. You might hope that a man who was a Member of Parliament, a senior politician, a legislator – there to serve and protect the society that had given him a great deal of privilege and power would understand this.

So the admission by former Liberal leader David Steel to the Independent Inquiry into Child Sexual Abuse that he effectively did nothing after the paedophile Cyril Smith had more or less confessed to him about past sexual offences against young people is shocking.

Lord Steel’s account says his inaction was because the offences took place before Smith was a member of his party and before he was an MP. However, Steel continued to accept Smith as a parliamentary colleague for years. And worse, Guido Fawkes reports, it was Steel who put Smith up for a knighthood in 1988.

It barely seems believable that Steel, a party leader and Privy Counsellor, could think it appropriate that a monster like Smith could be worthy of the honour. Why would Steel have wanted to give any favours of any sort to him? And shouldn’t Steel have thought that a knighthood would only give an extra layer of protection and respectability to Smith, should he ever face investigation or suspicion?

It’s worth reading Steel’s own words on the subject, where he confirms in front of the inquiry his knowledge of Smith’s offence.

Steel’s testimony starts on page 113 of the transcript. (It is very easy to scroll through the document). Steel describes a conversation he had with Smith about a story in Private Eye which carried the allegations of sexual abuse. Smith admitted to Steel there had been an investigation by the police and said that the matter had eventually come to nothing. But Smith scarcely seemed to deny the underlying truth of the claims against him. The key lines are on page 127. Steel is directly asked about Smith, (line 3) ‘So you understood that he’d actually committed these offences from what he said to you?’ To which Steel answers: ‘I assumed that.’

Assumed that yes, Smith was admitting to the sexual abuse of vulnerable young people.

Steel, though, did nothing. How he can live with that, I simply don’t know.