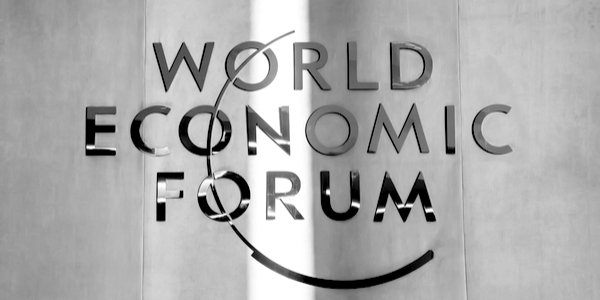 An interesting event took place at the World Economic Forum in Davos last week. To show that they are down with the kids some of the delegates took part in a bizarre workshop called ‘A Day in the Life of a Refugee’.

Seemingly this was a perfect opportunity for the elite to salve their consciences. During the workshop, organised by a Hong Kong charity called Crossroads Foundation, participants were required to pretend they were refugees and had to kneel in front of frightening-looking actors brandishing rifles. It certainly dovetailed with the UN’s attempts to push its destructive Migrant Pact on to all at Davos. The UN is partly responsible for the damaging conflation of real refugees and economic migrants. And the British government is complicit in this in many ways, including its inexplicable signing of the Pact.

Delegates at Davos, and the UN, might find themselves taken a bit more seriously by the rest of us if they focused the blame for the migrant crisis on the countries of origin which create the havoc in the first place. Many of these countries are run by despots, destroying the lives of their own citizens with warmongering and corruption. No wonder people flee these hellholes for a better life. But why should Europe, and indeed the rest of the West, have to pick up the bill and consequences for the mayhem caused by these tyrants? Many of those responsible for causing the migrant crisis dominate the UN.

And why are the British Consulate General in Hong Kong and the Royal Navy sponsoring Crossroads Foundation, whose workshop was riddled with anti-West propaganda? I have written several times on the absurdity of the Department for International Development (DfID). This department clearly now has competition in the race to waste taxpayers’ money on those hostile to the interests of the West, and indeed Britain.

This certainly was a theme dominating at Davos. A third of Theresa May’s cabinet, each of them with accompanying Spads, deserted the country in a time of crisis to go on this jolly to Switzerland, all funded by the British taxpayer. I have no idea if any of them attended this homage to uncontrolled immigration. But I do know that virtue signalling about ‘refugees’ is very fashionable among our elite. And this workshop epitomises everything which is wrong with Davos.

Hypocrisy made physical was evident everywhere at the gathering. The elite demanded more green policies to punish the poor but saw nothing wrong with flying to Switzerland on their private jets. Uncontrolled immigration benefits only the very few, including those who could be seen hobnobbing at Davos. The UN Migrant Pact will bankrupt the West. Europe is struggling to cope with the strain on resources and the divisions that uncontrolled immigration has brought. But the Davos delegates, giddy with champagne and self-importance, failed to grasp this.

The British government should be looking after the interests of their own citizens. But their behaviour at Davos shows that they are incapable of doing so. Why should the increasingly burdened taxpayer finance self-serving ministers who like to show how worthy they are by supporting anti-Western endeavours? If British public servants want to attend the decaying behemoths of Davos and the UN, they should get off the gravy train and pay for themselves.