The day that made me ashamed to be a woman 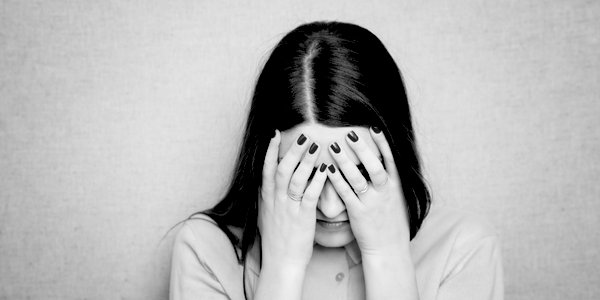 There are days when the selfish, self-opinionated and self-obsessed Sisterhood makes me feel ashamed to be a woman. Tuesday was one such. The women who now, despite their complaints about under-representation, stride the commanding heights of society and dictate both politics and culture, hijacked the centenary of the 1918 Representation of the People Act for a full day of feminist festivities, using a selective narrative of the past to justify their fabricated victim, identity and parity demands – the unfinished revolution they need to keep their power-base secure.

The Telegraph’s front-page story set the scene. It featured feminist campaigners led by MPs and the Fawcett Society demanding pardons for jailed suffragettes. Be they arsonists or attempted murderers, this was a noble cause. So said Sam Smethers of the Fawcett Society, though I would have thought this was hardly the most responsible of messages in these days of terror and bomb-making recipes on the internet.

Then came three hours of what Ross Clark rightly described as a bizarre edition of the BBC Radio 4 Today programme with a predictably all-woman cast (sports and business items, too, presented by and interviewing women only) and virtually every item dedicated to a feminised version of history to justify present-day demands.

The Westminster echo chamber, from which it was broadcast for the occasion, resounded all morning to Sarah Montague and Mishal Husain’s Spare Rib edition.

Forgetting the millions of men killed in WWI, but for whom the 1918 extension of the franchise might not have come to pass, the programme wasted no time in getting to current evils. Nefarious companies slow to fess up to their iniquitous 2 per cent gender pay gaps (now a matter of law to publish) were shamed. Guests who exhorted us and the ever-impressionable Mishal to call out men on their cultural bias, or for talking over women in meetings, or any other sexist crime in the workplace, were on a roll. Men, they decreed, must change their behaviour!

There was no counter opinion. This was the holy grail.

Then we were reminded of where we were, St Stephen’s Hall, chosen for being the scene of past crime against women and next to the Commons Central Lobby from which, 100 years ago, women were banned. We were pointed to the grilles they were made to sit behind, to the statues – all men of course – to which suffragettes had chained themselves. Their militant campaign of violence still had lessons for today’s still-victimised women. Yes, militancy is still required, one guest opined, if at a lower level. Neither Sarah nor Mishal asked: ‘What exactly is militancy required for?’

Was there a hint in the next interview with the pregnant New Zealand Prime Minister? Jacinda Ardern, a family-friendly-sounding lady, said she’d manage fine as her husband would be the stay-at-home parent and she had a big family support network, but not leaving before she’d parroted the correct words at a nudge from Sarah: ‘We have come a long way, but there is still a long way to go.’

Really? Is there? What’s left that a woman in the West cannot do or have if she wants, for heaven’s sake? Wednesday’s celebrations were not about equality but about female hegemony – and maintaining it.

Weaponising domestic abuse to turn women into permanent victims and men permanent villains to be kept under control is only part of it, though a plea for lifelong voting anonymity for domestic abuse victims was all but forgotten in the excitement of a photo-call of feminism’s egoistical winners – a veritable ‘triumph’ of feminists, you could call them – MPs and Baronesses, celebrating a day they claimed as theirs, not the people’s.

Only City glass ceiling-breaker and ‘have it all’ icon, the fabulously wealthy Helena Morrissey, and one of her nine children, could follow that one.

If you follow Helena’s rules – and her daughter Octavia was there to assure us that a having a stay-at-home dad and a strange mother who went back to work the minute after having another baby was just fine – YOU, too, can have it all.

Not that there isn’t wicked and heinous discrimination still facing the western women who don’t quite make these hallowed heights. There is. MeToo has brought it into the open, one of the presenters suggested to her next guests.

The Today programme ended where it began, with a reassertion essentially that women were victims of a dreadful ongoing patriarchal, if not colonial, plot. It came from the lips of who else but the country’s best-known privileged, middle-class and professional complainants – Laura Bates of the Everyday Sexism Project and the super-successful (but badly discriminated against, she says) 37-year-old, privately educated Afua Hirsch, who would destroy the heritage of the country that has so favoured her.

It all left me pondering on Animal Farm. Just replace animalism with feminism, Snowball and Napoleon with any of these feminist ideologues, and read Orwell’s masterpiece again.