De Niro’s turned into a Pupkin 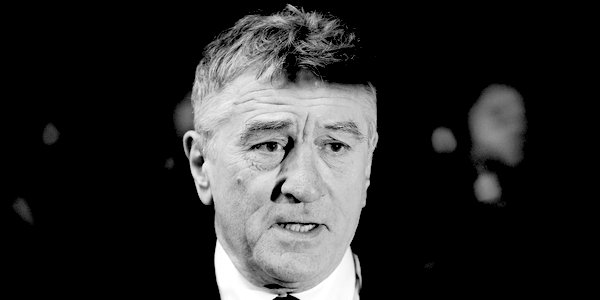 Approval junkie Robert De Niro has won the respect of the Twitterati for swearing about Donald Trump at some awards show. The Posies, the Glitzies or the LookatMes, I can’t remember which.

Overnight, he became a fabulously rich man on virtual paper, because frantic trading followed on the Emotional Currency markets. At the close of play last night, he’d received a bezillion likes, a gigazillion hugs and a googol of retweets, which would be enough to fill ten Wembley Stadium-sized swimming pools with South Sea Bubbles that could create a carbon footprint in the Amazon the size of Wales. Every day.

If the veteran actor were able to cash in these twitcoins, they’d be worth more than the entire populations of Telford, Rotherham, Sweden, Germany, Rochdale and Sunderland. If all the names of the tweeters were embroidered on a pussy hat, it would be big enough to house the entire contents of Harvey Weinstein’s casting couch and still have room for Meryl Streep and Roman Polanski!

Robert De Niro was once best known as Travis Bickle, the mentally unbalanced Taxi Driver who plans to take a pot shot at a fictional US President. Bickle had previously encountered the president when he’d travelled in the back of Bickle’s cab as Senator Palentine.

A combination of power, money and an infatuated female follower had created an interface opportunity that the sleazy senator could have driven a cigar through. Does that sound like any presidents in America’s recent past? Does anyone remember De Niro’s famous ‘F*ck Clinton’ stand? Or his ‘Weinstein declaration’? (Wait, maybe that’s how he got some of his more recent roles now his stock is low).

Still, these days De Niro probably resembles one of his other famous roles, Rupert Pupkin, the deluded would-be stand-up comedian from the tragedy King of Comedy.

‘F*ck Trump’ sounds like the sort of desperate attention-seeking language that Rupert De Pupkino might resort to in a bid to hog the limelight.

In the film, Pupkin hones his act in a home-made studio, in front of cardboard cut-outs and accompanied by canned laughter.

Except in this version, which is a lot darker, Stewart Lee actually does get a commission with the BBC, and he records his dire, plodding, jokeless, myopic political whinges at the Polite Laughter and Tumbleweed Comedy Club. These are then broadcast to a nation that’s held to ransom over its freedom to watch TV by a group of licensed thugs.