My great uncle, Captain Duncan Vere Webb, died on 16th October 1918, three weeks before the end of the First World War. His mother never recovered from her grief. His sister, my grandmother, was considered very lucky to have been able to marry – indeed her husband also served in the trenches. Vere’s other two sisters never married. In old age, my great aunt Ruth confided to her sister Victoria that each night she dreamed of Vere. He was in uniform walking towards her.

Most readers of this site will have relatives who lost their lives in one of the great wars. I am lucky that family members, as well as people from his village in Suffolk, have researched the life and war record of my great uncle. A group of us attended a memorial service for him last month, exactly 100 years after he died. I will present his story here as we all remember those who died.

***
Duncan Vere Webb (known as Vere) was born in March 1896 and spent his childhood in Drinkstone, Suffolk. In September 1913, aged 17, he applied for admission to the Royal Military College at Sandhurst. A year later, with war against Germany declared, Vere was gazetted to join the Leicestershire Regiment and in January 1915 he was posted to France. 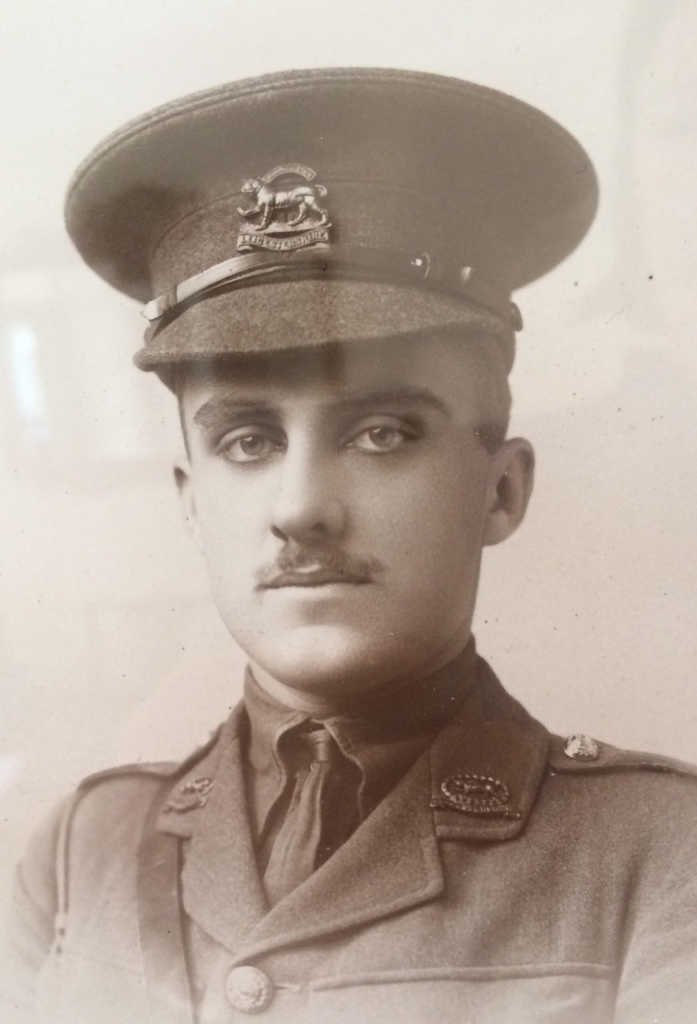 We do not know where Vere was for most of 1915, but by 18th December his Battalion were in the front-line trenches at Wieltje in Belgium. At 5.15am the following day the Germans launched a sustained gas and artillery attack which lasted for 48 hours. On 20th December the regimental War Diary reported that Vere ‘was . . . badly gassed but did not go to hospital’. Then ‘he was admitted to 18 Field Ambulance with gas poisoning 22nd Dec and discharged to duty 23rd’. The truth of the situation came to light when a report appeared in the London Gazette: ‘During an enemy attack [Vere] was not only injured, but buried by the explosion of a shell. Though suffering greatly from shock, he insisted on remaining in command of his company for two days, when his C.O. ordered him to report to the Medical Officer.’ For conspicuous devotion to duty Vere was awarded the Military Cross.

Within days he was back in the trenches. The War Diary for 5th January 1916 states ‘German trench mortars active . . . Lt D V Webb slightly wounded but remained at duty.’ For the next few months, it was a wearing schedule of deployment in and out of the trenches, both under bombardment and in quiet times. In May 1916 Vere was invested with his Military Cross in London but by June he was back in Flanders.

During the rest of 1916 and the first part of 1917, Vere remained unscathed. In February 1917 he was admitted to hospital with appendicitis and granted sick leave in England. By April he was back in France and was Officer Commanding for a raid on enemy trenches with the object of ‘killing Germans and securing identifications’. An account of the raid in the War Diary says ‘several dugouts blown in containing Germans . . . machine gun destroyed . . . one prisoner brought back unwounded . . . casualties: killed 1, wounded Lt A Wherry, 21 other ranks, missing Lt A Stevens, 3 other ranks’. Vere returned safely. However, on 6th July the War Diary records that he was wounded again in the trenches but remaining on duty.

In October 1917 Vere was back in England. His family might have hoped that his war experience was over. However it was not to be. A telegram in April 1918 required Vere to report to the Embarkation Officer at Folkestone to return to his Regiment in Flanders.

By August, the 1st Leicesters were in France, first in the St Omer area for training, then on to Holnon in the Aisne region, where attacks were launched on German lines in September. During an attack on 23rd September, Vere was wounded again, probably as a result of shell-fire. The Germans were now exhausted and being pushed back, but they exhibited stubborn resistance. The Allies were driving home their superior strength and attacking repeatedly. In October, the Battalion was in action again in the area of Magny-la-Fosse, launching an attack in the early hours of 8th October, advancing and taking ground over the next four days. It was during this assault that Vere was shot in the abdomen, possibly by machine gun fire, on the morning of the 10th October.

He arrived at the 5th Casualty Clearing Station on the following day, where he was operated on at once, but his wound was serious. A week later, on a bright October morning, his mother answered a knock on the door. A few lines in a telegram – her son was dead. 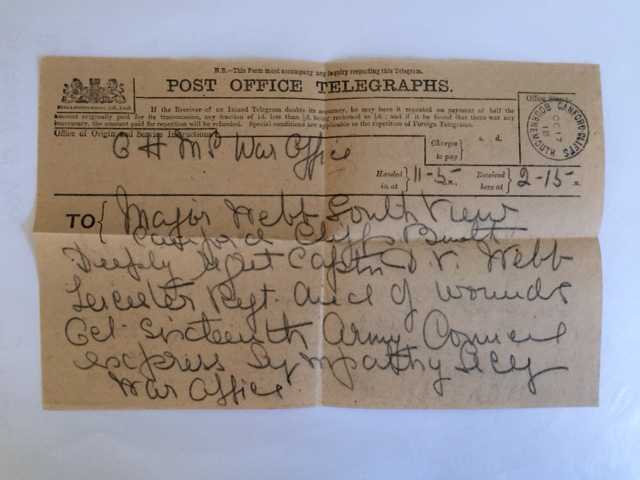