NewsPaperthe art of publishing
HomeNewsDeal or No Deal? The EU is offering us nothing
140

Deal or No Deal? The EU is offering us nothing 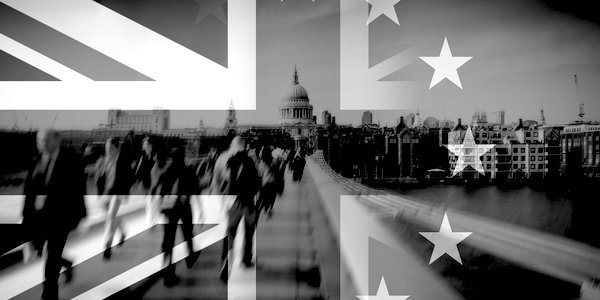 This article was first published in John Redwood’s Diary on October 19, 2018, and is republished by kind permission.

The government says it wants a deal. It means by this it wants an all-embracing agreement on the future relationship with the EU, including a free trade deal within it. The Opposition says the government must have an agreement, whilst making it clear it will seek to vote down the kinds of agreement the PM has in mind. All this is an irrelevance. The EU has been clear and consistent throughout. All it is offering is a one-sided surrender Agreement or Withdrawal Treaty. Its main aim is to take from us £39billion to which they are not entitled unless the UK is foolish enough to sign such an Agreement. Only if the UK signs up to such a damaging idea will they then discuss the details of a Future Partnership Agreement.

There are several good reasons why the UK must not sign any Withdrawal Agreement before we leave on March 29, 2019. We will leave in accordance with the two laws Parliament has passed to do so unless Parliament repeals or amends those laws, which this government assures us it will not do.

First, the UK will have no bargaining clout at all once we have signed the Withdrawal Agreement. The main thing the EU want is the money. If we throw in accepting all their rules and regulations for another 21 months or longer, they have no incentive to move on or to make a decent offer.

Second, we need to spend that money on our priorities at home. That was one of the main reasons many of us voted for Brexit. A government which promised in its manifesto to implement Brexit and take back control must not give the money away again.

Third, the UK needs to get on with implementing a fishing and farming policy that is good for home production and for our environment. We cannot stay another 21 months or longer in the CAP and CFP, as they are very damaging to us.

Fourth, the UK needs to put in place its own migration and benefits policies, as promised by the government following the Referendum.

Fifth, we need to respond positively to the many offers of free trade agreements from other countries, which we could not do if we stayed locked in the customs Union.

Those who think there is an agreement to be had need to accept that as far as the EU is concerned the only thing on offer before we leave is a penal Withdrawal Agreement. There is nothing in the draft of that Agreement that guarantees something better in a possible Future Partnership Agreement.

As the government has failed to table a free trade agreement during the two years four months they have been negotiating, accepting the EU’s false sequencing of the talks, there will not be one on offer before March 29, 2019. We must therefore just leave, and then table one the day we leave and see what happens. The reality of us leaving without signing a Withdrawal Agreement is the best way to a free trade agreement in reasonable time. Otherwise the EU will continue to delay, laughing all the way to the bank to pay in our large contributions. There is no cliff edge, and trade will continue after March 29. It’s more imports than exports, and the UK will not stop the food and medicines coming into our ports, which will by then be completely under our control.