NewsPaperthe art of publishing
HomeCulture WarsDeborah thanked Jesus for helping her in an exam. Her Muslim classmates...
195

Deborah thanked Jesus for helping her in an exam. Her Muslim classmates beat her to death 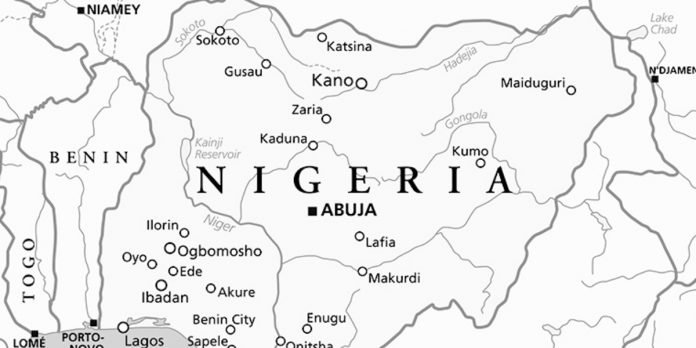 AND so it continues, day after day. Muslim accusations of blasphemy brought against Christians resulting in barbaric murders have reached epidemic proportions. On May 12, Deborah Samuel Yakubu, 22, a second-year Christian student in Shehu Shagari College of Education Sokoto, Nigeria, was accused of insulting the Prophet Muhammad in a WhatsApp classroom discussion group.

Amongst a long list of monstrous atrocities arising from accusations of blasphemy this one stands out. How did Deborah insult Muhammad? Some of her classmates were outraged after Deborah thanked Jesus for helping her in an exam. She attributed her academic excellence to Jesus and she refused to withdraw the statement. She also argued during the discussion following her statement that the WhatsApp group was supposed to be about education and not religion. To the future Nigerian teachers, that statement was ample justification for launching a barrage of bizarre accusations, dragging her from the secure room to which she had fled, beating her to death with sticks and finally setting her corpse ablaze, all for ‘insulting’ Muhammad. Deborah’s last words were, ‘What do you hope to achieve with this?’

Nigerian President Muhammadu Buhari inexplicably took more than a day before condemning it but he eventually gave in to pressure. In his condemnation Buhari added a homily that people ‘should respect other people’s religion’. Before Buhari won the election in 2015 he supported the introduction of full sharia law in Northern Nigeria. Since he became president, nobody who has killed a Christian for religious reasons is known to have been punished in accordance with the laws of Nigeria, thus creating the impression that the laws of Nigeria are not meant to be effective in the core Muslim North.

Thankfully there was swift, unequivocal and widespread condemnation of the outrage from others, including notable northern and Islamic leaders such as the Sultan of Sokoto, Sa’ad Abubakar III, and the state governor, Aminu Tambuwal. To their credit, many respected Islamic clerics in Nigeria insist that the action of the mob does not reflect their religion. But equivocation and excuses, even justification, are still coming from some quarters.

Anas Mohammad Sani, a government official of Sokoto State, justified the murder, explaining: ‘Muslims don’t take insults against beloved prophet in whatever form.’ According to him, Deborah was quite properly executed by the mob because of her reckless comments regarding the Islamic faith. He said: ‘The earlier our Christian brothers and sisters understand this, the better for all of us. May the recklessness of our tongues never drive us to (an) early grave.’

Despite guarantees of religious freedom in the Nigerian Constitution, Christians in Nigeria face some of the worst persecution in the world. Christians are killed every day simply because of their faith, particularly in the mainly Muslim north. Discriminatory laws and practices, such as the use of blasphemy laws, affect a wide range of individuals, including more moderate Muslims, Christians and humanists.

For over a decade, terrorist groups such as Boko Haram and the Islamic State-West Africa Province have targeted Christians and other religious groups. In recent years, the brutality of attacks from various militants has only increased.

Whatever the personal reasons involved in the murder of Deborah Samuel Yakubu, the Muslim mobs are achieving their aim: they are making leaders in the West afraid of uttering condemnation of the warped ideology which gives rise to such barbarity. Fear that outright condemnation could bring about a violent reaction in Europe forces too many politicians to remain silent.

A vote to debate the European Commission’s position on Christian persecution, with reference in particular to the brutal murder of Deborah, was defeated in the European Parliament last week by a vote of 231 in support, 244 against. In protest at the European Parliament’s refusal to take action over the terrible atrocity, several MEPs shouted ‘shame on you’ across the floor of the Parliament.

Margarita de la Pisa of Vox, the Spanish nationalist conservative party usually termed ‘far-Right’ by the mainstream media, reacted powerfully to the vote. She tweeted: ‘What a shame! The European Parliament does not want to take a stand on the murder of the young Nigerian for being a Christian. They do not want to condemn the persecution that Christians are suffering. This is inexcusable!’ Vox argues for the closure of fundamentalist mosques as well as the arrest and expulsion of extremist imams.

Jean-Paul Van De Walle, legal counsel for ADF International in Brussels, said: ‘Europe should know Deborah Samuel Yakubu’s name. This opportunity to speak out against a brutal and unjust murder of an innocent girl – based on a false accusation of ‘blasphemy’, no less – has been unforgivably lost. Nobody should be persecuted because of their faith, but it seems that the EU has turned a blind eye.’

It is this type of non-reaction from politicians in the West which helps perpetuate the barbarity. The more such incidents are ignored the more prevalent they become. By failing to condemn the horrific murder of this young Christian woman the European Parliament is in effect saying that Europe is unwilling to confront the barbarity of literal Islam, that fundamentalists who take the Koran at face value and enact its more violent and intolerant strictures have the upper hand.

Share
Facebook
Twitter
WhatsApp
Email
Previous articleNotes from the Sticks: The Art Nouveau palace in a back street
Next articleGoldilocks and the Three Bears – socialism, fascism and authoritarianism