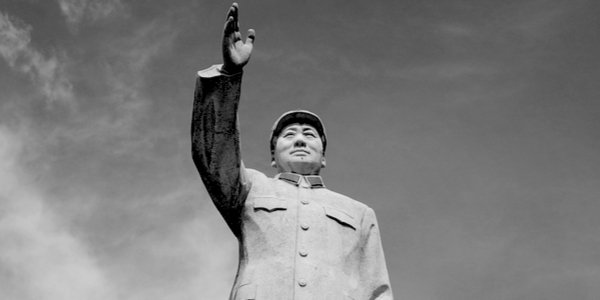 THE world is becoming re-sovietised, not via another Bolshevik revolution but in the way that Marx envisaged, with bureaucracy organically subsuming capitalism as part of the deterministic process he identified.

Forget the proletariat. Sovietisation is total bureaucracy associated with the one-party state intolerant of dissent created by Lenin. Marx, however, never intended a backward, agrarian country such as  Russia to be the cradle of communism.

Ideally, it would have occurred in a wealthy country with a fully functioning economy. Experts would take over from the elite few for everyone’s benefit, obviating the need for dissent. The United States would have been perfect. Rich but increasingly feudal California could turn out to be the precursor in the West of the new irresistible bureaucratic order.

Leninist economics were a catastrophe for the Soviet Union which went bankrupt and collapsed under Gorbachev who thought one-party government could survive cautious economic reform while remaining communist.

Under Mao, China was also agrarian. But his successor Deng Xaioping, learning from Soviet mistakes, proved to be a better Marxist than Mao or Lenin. He harnessed capitalism not as an enemy but as a subservient tool to secure communist power. It’s a sovietisation that works. China has become a superpower in the space of four decades.

The question for us is whether Deng’s hybrid – capitalism without democracy – is peculiar to China, or is it a 21st century model for the whole world to emulate, including the West?

To a certain extent it is already doing just that through the constant growth of bureaucratic government at both national and supranational levels. Permanent experts such as Dr Fauci and Dr Whitty or even Sue Gray are its symbol far more than transient politicians.

For us, the pandemic brutally exposed the real limits of democracy. Individuals who considered themselves free actors discovered that the state had the power to shut down economies and confine entire populations to their homes from one day to the next.

Of course, we made a fuss. But the crucial point is that we did as we were told when confronted with authority and the police. We behaved like Tocqueville’s sheep living under the obligatory guidance of the shepherd and his collie.

We have elections but we do not have real power. That belongs exclusively to the state which dramatically unsheathed its powers in reaction to Covid.

The Covid shock has contributed mightily to a loss of public confidence in the state which was still in recovery from the economic collapse of 2008 caused by the crony relationship between politico-bureaucratic governments and corrupt capitalism represented by freewheeling bankers.

Brexit apart, everything happens over our heads, and Brexit itself came within a hairsbreadth of sabotage by those over us.

The answer to the mistakes of bureaucratic government seems always to be more bureaucracy to correct the old mistakes. It’s a self-generating process that has no end until you reach sovietisation.

The historian A J P Taylor had a story that in 1914, the average citizen’s only contact with the state was the postman and the bobby. Bureaucracies now dominate every aspect of our lives, often unaccountably, whether it’s a single-issue NGO with an inside track in Whitehall – think Stonewall as an example – or leviathans such as the EU or the UN and their agencies.

As the 21st century goes on, the idea of eventual world government – the ultimate bureaucracy and the antithesis of democracy – no longer sounds like a Fabian fantasy. We create the conditions for it ourselves by undermining democratic processes, the pursuit of identity politics, the curtailment of free speech, the destabilisation of liberal societies through immigration and the refusal to accept the outcome of elections which eventually destroys consensual government. All these things are happening and we discover that we are mere spectators, venting our frustrations by savaging each other on social media.

In comparison with the West and its irreconcilable politics, the apparently orderly Chinese model – one party, one policy and no visible dissent – begins to look enviable at least in theory. All-powerful bureaucracy relieves us of our dissensions because it removes the possibility of disagreement from the public square.

President Biden’s attempt to federalise national elections in the US is typical of the way political parties act deliberately to undermine democracy. Biden’s ostensible purpose is to ensure everyone eligible can vote. The real intent is to give the Democrats permanent power in Washington, a goal they have never hidden. Like the Left everywhere, Democrats think they have a Right to Rule even though the world has never known a successful one-party state – until China.

The Democrats’ plan has several parts that are being fought over separately but interlock. They include immigration, control of the electoral process and the elimination of the electoral college. If presidential elections were decided by popular vote, Democrats would win every time and illegal immigration – two million people in 2021 alone – constantly reinforces their voter base. Taking control of congressional elections from the states would make it easier to ensure Democratic Party majorities.

How to cope with Republican objections to being shut out of power is less explicit – a bridge to be crossed when it is reached – but a United States where it happened could not escape the charge of being as much a sham democracy as China.

The European Union in the meantime is advancing in a similar direction towards federalisation which is intended to dissolve national borders and identity through immigration and the loss of domestic government. This is happening through acquiescence rather than consent, but’s happening anyway.

In theory, the new sovietisation – bureaucracy made palatable by materialism – would be less Leninist and more like Tocqueville’s vision of all-powerful government as a shepherd benignly tending his flock, so long as they behave. The Leninist experience is that it doesn’t necessarily work like that. We have to hope.