The terrifying depression stories which are the daily diet of the media suggest that we are in the grip of a major mental health epidemic. Just this week the Times reported that one in eleven people is taking a dangerous addictive drug, describing this as a silent epidemic.

They are right to be alarmed. But they should not be surprised. According to the most recent statistics from the World Health Organisation (WHO), there are 300million victims of depression and it is the leading cause of disability worldwide. In the UK, where one in ten of us can expect a period of depression in our lifetime, this figure has risen to an astonishing one in four if we expand this figure to include any diagnosable mental condition (depression or anxiety disorders in particular).

Prescriptions of antidepressants in the UK alone now stand at 64.7million, a figure that has doubled in a decade. That’s right, doubled.

It is not unreasonable, you might be tempted to think, that an across-the-board political consensus that mental health should have parity of esteem with physical health within the NHS has been arrived at.

Yet it is exactly when there is such consensus that it is time to worry about it. For example, in the case of so-called climate change Nigel Lawson has warned of the dangers of unquestioning consensus. Do we need to ask ourselves here, over the issue of such widespread depression, what exactly is going on?

Well first off, depression is not an illness in the accepted sense. I am not denying that what is called depression is a source of great suffering, but saying it is not an illness. There is no medical test for depression as there is for diabetes or blood pressure. Furthermore the chemical imbalance theory of depression, once hailed by doctors, is now seen to be flawed – see here and here. The bottom line is that researchers have been trying and failing for years to come up with a decent medical explanation for the condition.

Also, if depression is medical, then how are we to explain why we have a depression epidemic – exploding out of nowhere over the past 40 years or so? In the absence of a deadly virus or complex genetic abnormality, surely the only possible explanation must lie with the effects of our rapidly changing society, expectations and lived experiences. Ten times more people suffer from depression now than immediately after the last war, so the question has to be whether this massive ‘eruption’ can be anything other than the consequence of our rapidly transforming society and culture – one that individuals find hard to adapt to.

Yet instead of addressing these difficult questions we are encouraged to take the easy route – to treat it as an illness that any old GP can sort out and that the government must take responsibility for. Whether it be our unhappiness, anxiety or exhaustion we are all told to go to the only people who say they can help – the doctors of the NHS. But can they?

For a typical GP, rushed off his or her feet and having no real idea what depression is, the temptation to prescribe what is recommended is irresistible – and condoned. I include here not just the gamut of antidepressants but Cognitive Behavioural Therapy (CBT) too. These are the alternatives available to those arriving exhausted, miserable or just not coping.

The consequence is a symbiotic relationship between a medical profession out of its depth, big Pharma and now big CBT, both of which are cashing in – facilitated by the political class with the acquiescence of the great British public at, of course, huge taxpayer expense.

Yet, arguably, antidepressants are barely better than placebo and can have dangerous side effects. This is the clear conclusion of much independent research and is forcefully argued by Professor Peter Gøtzsch, the respected Danish academic.

CBT is but another false panacea unfolding. The idea behind it, that our thoughts and behaviours have an effect on each other, and that by changing the way we think or behave in a situation we can change the way we feel about life, is not unreasonable as far as it goes. But just consider it from the perspective of a medically trained practitioner, trained to pathologise and diagnose and then prescribe standardised treatments. How does he or she respond to the conclusion that maybe medication on its own might not be quite right? She or he looks for the best counselling model – the one that has been rolled out nationwide – which is CBT, elevated for the simple reason that there is ‘evidence’ it is better than no treatment.

This is what the IAPT (Improving access to psychological therapies) programme is – a national programme to increase the availability of ‘talking therapies’ on the NHS ) and largely based on CBT.

While IAPT is designed primarily for people who have mild to moderate mental health difficulties, such as depression, anxiety, phobias and post traumatic stress disorder, the practical reality is a standardised CBT for everyone. But it will not work, as Scott D Miller in his wonderful book The Heroic Client explains.

His key conclusions were first that no model of therapy has ever been found to be superior to any other. Not ever. And second, it is not the model of therapy that counts, but the therapist. In other words, some therapists are better than others – though what the good ones do that is different is open to some debate.

Ponder what these two conclusions imply for the health service and its IAPT programme and you see an NHS looking for what does not exist – a counselling approach that is the best. Instead of trying to understand what it is that makes a good therapist, it takes on anybody who can be trained in CBT.

The brutal truth is that IAPT was doomed before it began and it is hardly surprisingly that evidence of IAPT failure is already dribbling out. But is anyone arguing for caution? Yes. Visit the Mad in America website and check out one Joanna Moncrieff, a British psychiatrist who is a leading figure in the Critical Psychiatry Network.

And do investigate a therapeutic approach called ‘Human Givens’ in which context I need to declare my own interest, being a full time Human Givens practitioner.

In conclusion we should not be surprised that the NHS is making such a mess of depression relief or that the apparent epidemic keeps growing. Asking the NHS to deal with the consequences of the nation’s social problems – the stress of modern life, increasing materialism, the breakdown of family and community, the increasing dependence on the state, globalisation, technology and so on is to ask of it something it has neither the capacity or skill to do.

Giving ‘mental health’ parity in the National Health Service will no more help get the nation out of bed in the morning than it will stop the flood of antidepressants.

Share
Facebook
Twitter
WhatsApp
Email
Previous articleAll that Gilbert and George reveal is their own ignorance
Next articleMen get silly at a party? Grow up and deal with it! 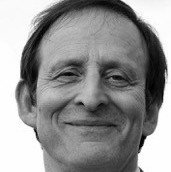