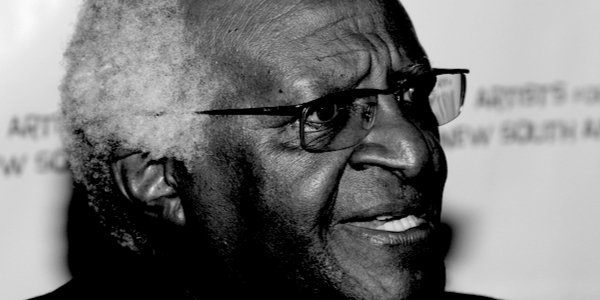 THE media and the bien pensants had already done for Archbishop Desmond Tutu what the church authorities have never done for any man – that is, canonised him a saint while he was still alive. Now that he has died, his devotees speak their oleaginous cliches about his virtues and even his mannerisms, his ‘infectious laugh’ or his ‘irrepressiblechuckle’.

Yet . . . I’ve been trawling his speeches and interviews where I found numerous startling examples of (to say anti-Semitism is to put it politely) his pure hatred for the Jewish people. He was not merely another Guardianista who loathed the state of Israel. He enthusiastically promoted Jew-baiting, denouncing ‘the Jewish lobby’ as ‘too powerful’ and sneering at Jews’ supposed arrogance and over-fondness for money. He reserved a belligerent hatred for the state of Israel and, as the Gatestone Institute has reported, once committed the howler of criticising that state for behaving in an ‘un-Christian manner’.

In 2011 a petition by prominent South Africans to have Tutu dismissed from his position as a Patron of the two South African Holocaust Centres alleged that he used his association with these institutions as a way of legitimating his anti-Jewish rhetoric.

Tutu denied that Israel is a ‘civilised democracy’ and described it – one of the world’s most transparent democracies – as a nation guilty of ‘censorship of their media’. What, Desmond, nothing about Lahore, Kabul, Moscow and Beijing? He begged the Cape Town Opera to refuse to perform Gershwin’s Porgy and Bess in Tel Aviv and called for a complete cultural boycott of Jewish Israel, while encouraging performers to visit the Palestinian Arabs and other neighbouring countries which are among the most repressive regimes in the world.

He was far more strident in his condemnations of Israel’s supposed imperfections than about, for instance, the genocides in Rwanda, Darfur and Cambodia.

Everyone who walks the earth is a mixture of good and bad, and of course Tutu did much good. His lifelong campaigning against the evil apartheid system was courageous and exemplary. But it does no good to market his sanctity and omit to mention the reprehensible ingredients in his character.

De mortuis nihil nisi bonum. Yes, yes, I know. But that does not mean we should cease to tell the truth, for a selective history is not history but fiction. In the case of Hitler, for example, should we ignore Belsen and Auschwitz and recall only how good the Fuhrer was at constructing the autobahns?

Let me end by quoting the great man:

‘One of the sayings in our country is Ubuntu – the essence of being human. Ubuntu      speaks particularly about the fact that you can’t exist as a human being in isolation. It speaks about our interconnectedness. You can’t be human all by yourself, and when you have this quality – Ubuntu – you are known for your generosity. We think of ourselves far too frequently as just individuals, separated from one another, whereas you are connected and what you do affects the whole World. When you do well, it spreads out; it is for the whole of humanity.’

Including the Jews, Archbishop?