Diamond’s Western history seen through the left eye only 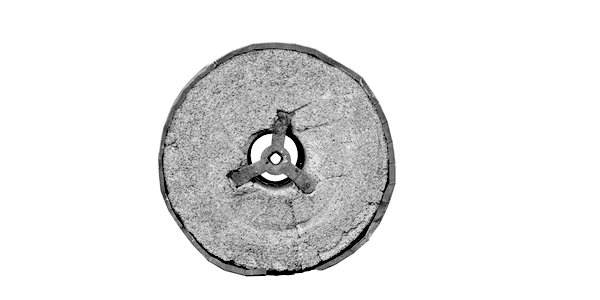 Dismissing the value of western culture never goes out of fashion. Instead, it can be a route to wide acclaim. Jared Diamond’s 1997 book, Guns, Germs and Steel, was a strong example of this. Now prominently displayed in the bookshops is the 20th anniversary edition – ready to knock the self-confidence of a new generation who hope to understand how history unfolded and the role of their own culture in that process.

Diamond set out to demolish the idea that the global spread of western culture between the 15th and early 20th centuries was due to any sort of European superiority. To Diamond, accidents in geography and climate imposed severe disadvantages on the peoples that Europeans dispossessed and colonised, and gave tremendous advantages to Europeans. In particular, access to important raw materials and technologies, a head start in agriculture and better resistance to a list of deadly diseases. Europe’s success was due to a lucky chain of causation for which it could take no credit.

The book, translated into 25 languages, sold millions. It has been required reading for students in anthropology, history, sociology and geography. National Geographic made it into a multi-part film. It has received a Pulitzer Prize and coveted awards for science writing. Two decades on, despite the criticism of many academics, it has lost little of its influence. Like him or not, Diamond still matters.

His book opens by asking why non-western peoples failed to develop the material abundance that westerners achieved. He uses the example of Papua New Guinea where, at a time when our culture had landed on the moon, built computers and discovered penicillin, many were still using Stone Age technology.

Diamond is at pains to establish his anti-racist credentials, arguing that these differences have nothing to do with innate qualities in people. Fair enough, but he then makes a striking claim: that modern ‘Stone Age’ people such as New Guineans, who are black Melanesians, are ‘on average more intelligent, not less intelligent than industrialised peoples’ and ‘in mental ability, New Guineans are genetically superior to Westerners’.

Imagine the condemnation that would flatten anyone suggesting the reverse: that westerners might have a genetic superiority to New Guineans. But you can get away with this sort of extraordinary statement if your target is privileged westerners. Twenty years later, the ‘lavishly’ illustrated anniversary edition shows Diamond’s position is unchanged.

He gives many good examples to support his case. He details the food plants, animals, raw materials, lines of communication and climatic advantages different peoples have had at key stages in their development. This is a useful exercise which can make a good corrective to lazy assumptions that we might once have made about other societies.

Pre-industrial peoples once considered ‘backward’ for lack of metal tools might have occupied lands where there were no accessible ores. Those who did not develop the plough or wheeled vehicles (such as pre-Columbian Americans) might simply have lacked animals capable of pulling a plough or a cart. There’s little use in trying to yoke an alpaca. Meanwhile Europe was favoured with the resources to propel its technological success and build a highly organised society.

But Diamond overstates his case. Geography is emphatically not everything. His work has been criticised as being highly selective in its choice of examples, with omissions and unjustified generalisations. He gives far too little consideration to the fact that we are much more than the mere material. Our history includes politics, religion, ideology, habit, tradition and imagination.

Human progress is not linear and societies don’t always take the advantages which circumstances present. Australian Aborigines maintained a hunter-gatherer existence for tens of thousands of years after their ancestors arrived on the continent. They never developed agriculture or its cousin horticulture despite having the right elements in place: a variety of environments and climatic conditions, some domesticable food plants and contact with peoples from the neighbouring Torres Straits islands who provided an example of food production to copy. Something in Aboriginal culture prevented any movement towards agriculture. Geography clearly isn’t everything.

Diamond has an accessible and natural writing style. He brings up overlooked aspects of history and challenges easy, sometimes racist assumptions about non-Europeans. Good. But the explanations for his continued popularity are deeper. Finding a simple, overarching formula explaining world history which doesn’t need to give credit to western achievements is a Leftist dream come true. We can sink deeper into post-colonial guilt. Our culture and institutions, capitalism, democracy, science, the rule of law, the value of the individual, don’t matter. The results they have achieved when correctly harnessed can be dismissed as luck.

The plasticity of some societies cannot be accounted for in Diamond’s explanations. When the right stimuli are present, adaptation and reinvention can happen with astonishing speed. South Korea went from almost medieval conditions and sub-Saharan living standards to being the poster-boy nation of capitalist technological success in less than sixty years.

We can acknowledge that lucky circumstances have often played a part in our society’s development and that others have often suffered from great historical injustices. But whatever fashionable academics and much of the Left might think, we are not just some sort of clay that physical circumstances have shaped. We are also the products of our minds. We are human too.