NewsPaperthe art of publishing
HomeNewsDiary of a plague rat
0

Diary of a plague rat 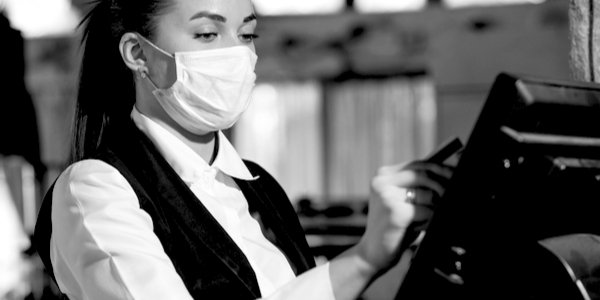 GOING to restaurants or bars at the moment is a miserable experience. Of course, I am glad that they have re-opened for indoor service, but things are far from being back to normal.

Last week I went to a B&Q for some garden stuff, wearing a completely unnecessary mask – they won’t let you in otherwise – and then I thought I would have a coffee in a nearby Costa. I went in and was asked to put my ‘test and trace’ app on the scanner. ‘I don’t have the app,’ I said and added: ‘And I have no intention of downloading it.’ The staff refused to serve me, and I had to go out without my coffee.

I have not had Covid-19, am perfectly fit and healthy and am not succumbing to the guilt-tripping ‘Protect your loved ones with the official NHS Covid Tracing App’, thanks very much. Nor am I so paranoid or fearful that I want to know the threat level in my area – non-existent – or when I am near an infected person: once again a non-existent risk.

Yet you are treated as a selfish covidiot if you dare to raise a voice in protest against being tracked and traced everywhere you go. It seems as if you refuse to kowtow and download the app, you are a walking plague rat and about to infect the entire world.

My next outing was not much better. I had booked a table for lunch with a friend at a country pub where we have met many times. At the door, a waitress asked me to put my test and trace app on the scanner. I gave her my spiel: ‘I don’t have the app, and I have no intention of downloading it.’

She looked doubtful – or as doubtful as one can look wearing a ridiculous mask (which staff are forced to do) – and called the manager. After consulting the reservations list he was satisfied that he had all my contact details, and let me in. While waiting for my friend, who was stuck in traffic, I asked if they had any bread or olives that I could nibble at. ‘No, sorry,’ she mumbled through her mask, and handed me the menu.

It was a vastly reduced list with not many options. My friend arrived. She deliberately sticks to a dumbphone where downloading apps is impossible, but because I was already seated and the other diners had not fallen dead around me, they let her in.

On another occasion I was meeting some friends for dinner at a favourite restaurant in Oxford. We were not allowed in without our masks, which we had to wear from the door to our table and again if we wanted to go to the loo.

It’s the same story in every pub or restaurant at the moment. I’m not blaming the owners. They are understandably terrified of someone alerting the authorities if they don’t adhere to these ridiculous rules, and of being shut down. But the result is that all social activity currently feels as it if is taking place under siege conditions. Every trace of enjoyment has been sucked out thanks to the relentless policing.

I have to speak to my hairdresser through a mask, and she is wearing not only a mask, but also a visor, ensuring that there can be no meaningful conversation between us. I am not allowed to put my coat in the cloakroom but have to take it to a nearby chair. The magazines that used to be there to flip through have all been removed, and they no longer serve coffee. Once again, I am not blaming the hair salons: they too are terrified of being shut down if they deviate one inch from these daft rules. I did ask my hairdresser whether anybody with Covid or who had tested positive had come into the salon. She said, ‘No, not one.’

My nail technician not only wears a mask but has a Perspex screen separating her from her clients. She dares not deviate from the rules because she has nasty neighbours only too ready and willing to snitch on her. We used to chat but because we are both wearing masks and distancing, I can’t make out what she is saying, especially as she is Croatian.

The worst aspect of all this is how many supposedly intelligent people are willingly going along with the hastily imposed and ill-thought-out restrictions. On Facebook the other day, somebody posted a photo of a group of people on a train WITHOUT MASKS, as if this was the most terrible, selfish thing anybody could do. A friend took a photo of her husband and small daughter on a tube train and posted it on Facebook. Neither was wearing a mask, and the first question asked was: ‘Why are they not wearing masks?’

No food or drink is currently served on the railways and so many seats are out of action that when you travel, it feels as though you are on a ghost train. Nothing feels real any more.

Just when we thought things were at last about to ease up, we are being warned that ‘freedom day’ is likely to be delayed for two to four weeks. I’m not holding my breath – well I am, because I can’t breathe through these masks – but I will not be a bit surprised if, when we get to the middle of July, suddenly another new variant is announced, and our lives continue to be on hold.