NewsPaperthe art of publishing
HomeNewsDifficult times, and how to cope
55

Difficult times, and how to cope 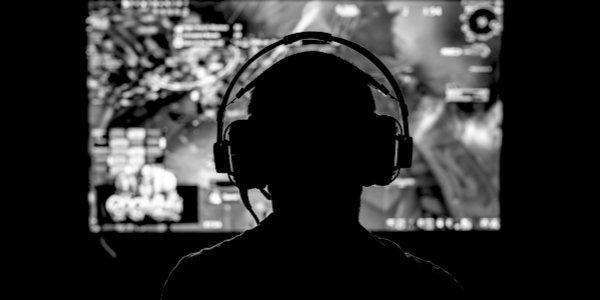 THE last three weeks has been among the most difficult times of my life so far. Maybe later I’ll write exactly why.

It was only a month or so ago that I was re-listening to Jordan Peterson. As some of you will know, he is forever talking of chaos and order. In those innocent days of April I understood these ideas in theory, but May has been an unwelcome practical lesson in the concepts.

Chaos has rudely inserted itself into my heretofore uncomplicated life. From clarity has grown uncertainty, with many of the structures I took for granted pulled down in the flash of a moment.

It feels wrong to complain. I am not a direct victim, merely an unfortunate accomplice to events, dragged along unwillingly in a whirlwind of tragedy. It has brought with it a clash of emotions. I find myself annoyed at my life being derailed – my irritation not directed at anyone in particular – before feeling acutely ashamed of my selfishness when others close to me are going through so much worse.

As someone who has been mercifully shielded from tragedy for most of my life, it has proved a steep learning curve. Plans that stretched months, perhaps years, into the future are cut down as the focus becomes the following hours – the next batch of test results – or at most the next few days, caught up in the panic of ‘which clinic?’ and ‘which course of treatment?’

It’s hard to know how to spend the time. Following ‘the news’ is a challenge at the best of times, but I am now unable to glance even for a second at the ceaseless parade of shockingly low-IQ politicians, supercilious pundits and obsequious hangers-on. Scoundrels, the lot of them. Life’s too short to treat their pontificating with more than fully deserved disdain.

Reading is fine, but it’s hard to pick up a book at times. I’m reading one about the Vikings now. Getting on a longboat and sailing to some distant land seems more alluring than ever. I’m not sure I’d be very good at the required raping and pillaging, though. I think I’d be happy with just some mead and elk meat.

One of the few things I can rouse myself to do is play video games. Until recently I would have viewed a man in his thirties whiling away the hours in a virtual world as someone to be pitied. Now I am glad for the few hours of escapism. In an age where everything often seems so meaningless, perhaps that’s why so many habitually do the same.

I am, it seems, a man of habit. I’ve been playing the same game – Age of Empires II – on and off since 1999. I still remember walking down the high street in Northampton with my parents after dad had bought the game from the shop. ‘The review on the box says it got 9/10, so it must be good!’ dad said, trying to convince mum of the wisdom of his purchase.

He proved to be right. My skills may not have improved a great deal in that 22-year period but I still feel much of that childlike joy in ordering pikemen around and commanding villagers to chop wood. My fun is usually ruined when someone decides to devastate my settlement with a deadly combination of trebuchets, cavaliers and crossbowmen. Hundreds of my peasants are slaughtered, but these countless tragedies-in-pixel are happily and quickly forgotten.

Booze helps, of course. I started drinking more in lockdown, with the ‘acceptable time’ to start drinking being brought forward steadily until it was firmly in afternoon territory.

Similarly, as times here have grown more challenging, there has been a notable surge in my beer consumption. Perhaps I’m just becoming more Russian in my habits; but then again my vodka intake has remained embarrassingly low. There are many draught beer shops here in St Petersburg, three within a ten-minute walk of where I live. You can get elk meat in one of them, and mead remains quite a popular drink around these parts. Maybe I’m getting closer to becoming a Viking than I had realised.

Perhaps I should be wary about going to the draught beer shop too often. A few days ago I was greeted as one of their ‘best customers’ and ‘the usual?’ Maybe that’s a sign that I should find a better way to deal with it all. After all, becoming a boozer rarely did anyone any favours.

No, scratch that, I’ll make some tea and read that book.

When everything around you is going wrong, the least you can do is try to get some of the small things right.