NewsPaperthe art of publishing
HomeNewsDing-ding! The LibDem bus will now take voters for a ride
66

Ding-ding! The LibDem bus will now take voters for a ride 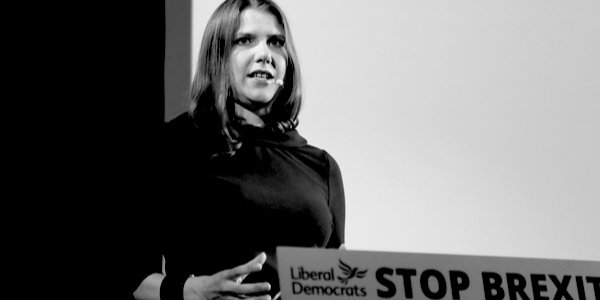 DID you know that during the referendum, one limb of the Vote Leave movement’s peccable pincer was armed with a deadly campaign coach? Don’t be embarrassed if you didn’t, because it was one of the great unreported scandals in the history of democracy.

Apparently, some fiend in human form ordered a commercially available charabanc and had it repainted. But not just in any colours. No, it was rebadged in a shade that people would associate with one of the groups trying to bamboozle innocent British sheeple into voting to leave the EU.

I know exactly what you’re going to compare this to: Something that Nazi propaganda chief Josef Goebbels did during the Second World War. And I don’t blame you. It’s exactly the same as the worst chapter in Europe’s history. Besides, comparing someone you don’t like to Hitler is the fast track to winning respect for your wit, breadth of historical knowledge and the subtlety of your perception. I believe David Lammy uses this tactic too. Keep it quiet though, or everyone will start doing it!

But here’s where the omnibus takes an extreme right turn. Channel your inner Paul Mason, because, as the people’s plastic prole himself might say, ‘thus is whirr it gets nass tea’.

Not only did the Far Right rebrand the bus in their colours, but they did something even more sinister. They added some words. Not many. Assassins don’t like to be spotted. The toxic turn of phrase was about the same as you’d get on a standfirst in a broadsheet feature.

This deadly cargo of explosive appellations had exactly the same mission and carried it out with military precision. They were primed to capture the attention of the reader and, through their enticing brevity, whet the reader’s appetite for more details. With one big difference: The Alt-Right wanted people to start questioning Britain’s relationship with its saviour, protector and mentor, the EU.

Yeah, I know. Sickening. I’m so sorry, but I haven’t finished yet. We have to face down this evil and steer towards the pain. So please forgive me, but the next sentence is going to be the hardest I’ll ever type. It’s the explanation of evil I never wanted to write …

They made a pledge about saving the payments that Britain makes to the EU and diverting it toward the NHS.

Gah! That was painful. Still, as Emily Thornberry’s entitlement counsellor said after she’d had to appear with Peter Hitchens on Question Time: You’ve just held the Devil by his very tail!

Soon, it emerged that the loathsome locution on the locomotive was a scandalous lie. It hadn’t included a detailed breakdown of costings, reference links to information and explanatory reference notes. Hitler did this once. Coincidence? I don’t think so!

Naturally, the excusers of this appalling incident made the usual defence – ‘It was just a slogan’. Some tried to defend themselves: Everyone makes promises at elections. Others went on the offensive, pumping out fallacious flak such as ‘get a life’. One ‘enabler’ tried to justify this travesty by claiming that ‘nobody saw a slogan on a bus and changed their vote’.

And, with the help of the Establishment, the patriarchy and The Conservative Woman, they fooled all the decent, hard-working people who never got to learn the dirty tricks of the Eton Wall Game.

Forget Hitler and his grim crew. This was a cold-eyed calculation straight from the extra-sinister section of Donald Trump’s Playbook. I think it was the widely-respected philosopher and political commentator Owen Jones who said at the time: ‘This must never be allowed to happen again.’ Unless, of course, this painted coach technology is weaponised by Good People. We can never have equality until all the bad people have been deplatformed.

It’s taken three years, but the Liberal Democrats have developed their own painted Campaign Bus. This time, it’s on the right side of hysteria. It carries no text, the designers have chosen instead to paint the entire vehicle orange. Even the windows. This led one cynic to compare the bus to the Liberal Party: Restricted views, orange on the outside and darker than Cyril Smith on the inside.

It’s not empty or gloomy at all. To illustrate that, the bus carries a portrait of the LibDems’ glorious leader Jo Swinson.

Lib Dem election planning meeting. Party leader speaks: "Regarding the bus, I just think we should go with a massive picture of me."
Greek chorus replies: "Yes, yes Jo. A great idea." https://t.co/pjRp2m3Ej2

Pardon the free market metaphor, but Jo is a bulletproof brand. You can’t take pot shots at her record, because it’s invisible. Meanwhile, Jo has licence to criticise absolutely everything the Government tries to do.

You can’t fling mud at Jo Swinson’s wall, because she’s never so much as laid a single stone! Jo’s never risked anything, so she’s never been dirtied by filthy capitalist rewards. Critics can’t carp about her learning curve, because she’s wisely avoided all responsibility. Up yours, Tories.

The LibDems are targeting three massive demographic groupings – the constant complainer, the backseat driver and the retrospective know-it-all. Naturally, our Ideals on Wheels brand statement has been met with mal-tweetment from the usual bitter baiters. ‘Horsesterity’ was a typical comment, on the picture of Jo Swinson’s face, by @Ohthisbloodypc. Make a note of that Twitter handle. It’s almost certainly the work of Netbots built and programmed by a Macedonian content agency, taking direct orders from the Kremlin.

This Far Right government is clearly living in fear of Jo Swinson. Only she can stop the Tories from executing Phase Two of their strategy to auction off the NHS to the lowest bidder and use the money to give tax breaks to billionaires.

(Idea for next meeting: Can we write that on the side of the bus? I’ve found out who did it for the other lot. They said sure, they can do the same for us, but they didn’t offer me a better deal. Still, I hate those money conversations. I get so embarrassed when British people try to haggle. Foreigners do it, but that’s their charm. If we do it, it’s vulgar.)