THE BBC gave prominent coverage last week to a propaganda report from the Left-wing think tank, the Institute for Public Policy Research (IPPR). It was called ‘This is a crisis: Facing up to the age of environmental breakdown’. 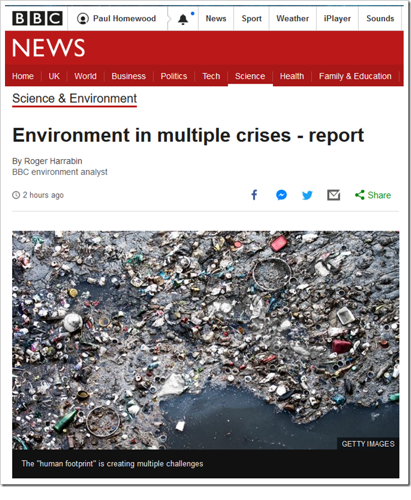 Although the report covered the full range of environmental issues, such as deforestation and loss of species, the BBC made great play of one particular claim made by the IPPR:

‘Since 2005, the number of floods across the world has increased by 15 times, extreme temperature events by 20 times, and wildfires seven-fold.’

Within a few hours, the BBC, and interestingly the IPPR, altered the statement to ‘since 1950’, blaming it on a typo! Nevertheless, independent observers realised straightaway that the claim was simply absurd either way. So on what had the IPPR based their claim?

A quick check of their paper showed that they had used the EM-DAT, the international disasters database maintained by the Centre for Research on the Epidemiology of Disasters (CRED). According to CRED, they have been publishing statistics on disasters annually only since 1998. Before that, many disasters went unrecorded by them, as they themselves admit: 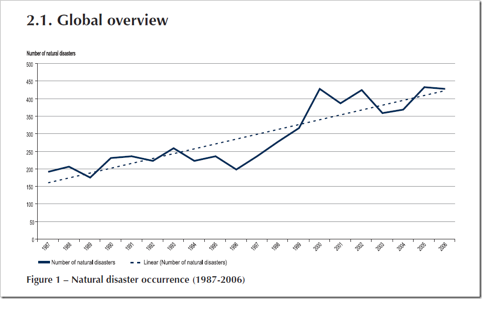 They now register even very small disasters, for instance where ten people are killed, or 100 affected. Those logged this week include a fire on two boats and a crash between a truck and a bus! 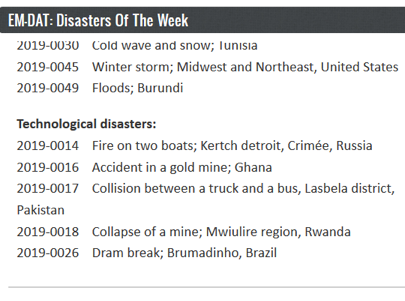 For the years preceding the systematic collection of data in 1998, CRED have had to rely on archives to build up their database.

It is plainly absurd to think that they would have identified every tiny event which had happened in earlier decades. Indeed, CRED warned against looking for long-term trends in their data in 2004: 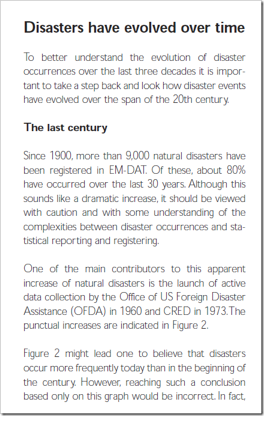 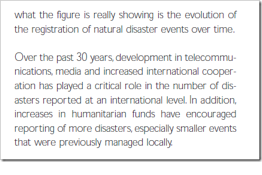 All of this information is readily available on the CRED website, so why did the IPPR not bother to check it out?

It turns out that their information came from a report by a certain Jeremy Grantham, who made exactly the same claim, eagerly parroted by the BBC. And, as you might have guessed, this is the same Jeremy Grantham, the billionaire hedge fund manager who bankrolls the Grantham Institute, set up to promote global warming alarmism.

It puts the Grantham Institute in a very poor light, that such a shoddy piece of work was ever published by their founder. I await the vexatious Bob Ward complaining to the BBC about their repeating such an obviously fake claim. But I suspect I will be waiting a long time, given that he works for the aforementioned Jeremy!

As for the IPPR, one would expect little more from a Leftie political think tank.

The real culprit here is Roger Harrabin, who wrote the original news story. The claim was so obviously false that he, at the very least, should have challenged the IPPR on it.

After all, even the IPCC have never managed to find any evidence that extreme weather events such as these described have got any worse.

Is he so wrapped up in his climate change agenda that he believed the claims were credible? Or was he just too lazy to check, happy that it gave him a good story?

Last year the BBC were forced to apologise for not challenging Lord Lawson, following complaints about an interview with him. The BBC’s complaints department ruled that a lack of scrutiny of Lord Lawson’s claims meant the interview fell short of editorial standards. It ruled that the peer’s statements ‘were, at the least, contestable and should have been challenged’.

Precisely the same judgment applies to Harrabin. It is not good enough for him to claim that he merely reported what somebody else said. Not to challenge a claim which was ‘at the least contestable’ breaches the BBC’s guidelines on accuracy and impartiality.