NewsPaperthe art of publishing
HomeNewsDiscombobulated by Welby? You will be!
97

Discombobulated by Welby? You will be! 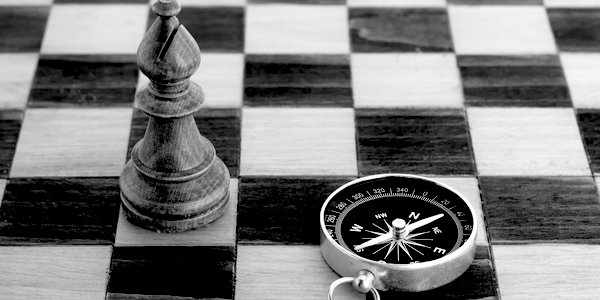 My pianist friend described himself as feeling discombobulated at the end of a day at the school where he taught music. He could smash a keyboard playing Rachmaninoff, but couldn’t face parents who insisted their snotty progenies were child prodigies. I envied my friend the luxury of a six-syllabled experience.

My longing for the LSD-like experience of discombobulation was satiated over the weekend when Justin Welby kept popping out of the newspapers like a Jack-in-the-box on steroids.

When the Archbishop of Canterbury’s media machine goes into overdrive it can mean two things. One, there’s a rodent rotting in a Lambeth suite and Welby’s media bellhops are using air-fresheners to mask the stench. The pong this time is Welby’s denunciation of Bishop George Bell that won’t go away until he apologises. Or, perhaps, it is a pre-emptive media strike before Welby is hauled before the Independent Inquiry into Child Sexual Abuse this month.

Two, Welby is selling something – a second book. His first didn’t soar to the top of Amazon’s charts. It didn’t feature in the London Review of Books. If you type ‘Welby’ in the LRB search engine the first article on Dog-Collared Lucre Brokers mocks the archbishop who ‘has got his crozier stuck in a cowpat’.

My discombobulation erupted like the measles when I read the title of Welby’s tome – Reimagining Britain: Foundations for Hope. I confess I’m allergic to certain words beginning with ‘Re’. It was a fad among students at my Left-wing university to submit dissertations with titles prefixed with oily words such as reimagining, revisiting, rethinking, re-visioning, rewriting or redefining.

If you’re a Leftie, you bloody well can’t leave things as they are because everything is damned oppressive and the blighter before you (and before him ad infinitum) got it all wrong until St Marx parachuted down from heaven with the solution. Now all you’ve got to do is discombobulate the evils of patriarchy, capitalism and racism and reimagine, rethink, redo society and state and, abracadabra, you will create Utopia with a wave of Comrade Corbyn’s magic wand. Get the idea?

For Welby, the diabolical evil that prevents this reimagination is inequality. ‘As we look around, we see divisions and inequalities that are already damaging our way of life . . . There are inequalities in our healthcare system . . . education is marked by cuts and inequalities,’ he writes. Welby illustrates his rant against inequality by shaming people who buy second or third homes as investments.

In the 19th century, Italian polymath Vilfredo Pareto noticed that 20 per cent of people owned 80 per cent of the wealth – this rule was true for every society ever studied, regardless of governmental form. Does Welby know that the only way to dismantle inequality is to take the Ten Commandments and contravene the first, eighth and tenth?

The first commandment states: ‘You shall have no other gods but me.’ To enforce equality, government would have to take the place of God. The state would then have to violate the eighth commandment: ‘You shall not steal.’ It would steal from some and redistribute the loot to others. The tenth commandment states: ‘You shall not covet your neighbour’s house, etc . . . or anything that is your neighbour’s.’ Does Welby not believe in the Ten Commandments or the right to private property, which includes second homes?

Welby bellyaches that second home ownership and Brexit has divided society. But wasn’t it Quantitative Easing (QE) that divided society, since the government went on a money-printing binge, pumping out easy money that favoured Britain’s richest 5 per cent? QE hammered ordinary savers and condemned retirees to low pensions while an asset boom saw stock and property owners get much richer. ‘In Britain the market distortions have been eye-watering. The average house now costs eight times average earnings,’ notes Liam Halligan. The Exodus plague of frogs triggered by Moses in Egypt was hardly solved by Pharaoh’s magicians producing even more frogs!

‘How do you solve the problem of austerity?’ is Welby’s next chorus. But why should austerity be a problem? When bloated government has fattened itself by borrowing beyond its means and spending like there’s no tomorrow, you don’t need Milton Friedman telling you to cut your coat according to your cloth. If Welby trusted Moses more than John Maynard Keynes, he would recognise the burden of debt as a curse.

In the Torah, God promises to bless Israel economically if she remains obedient. ‘You shall lend to many nations, but you shall not borrow.’ But if Israel is disobedient, God will curse her with debt. The foreign nation ‘shall lend to you, and you shall not lend to him,’ Moses warns Israel.

As Theodore Dalrymple observes, Britain has been living on borrowed money ‘consuming today what it would have to pay for tomorrow, the day after tomorrow, and the day after that; the national debt increased at a rate unmatched in peacetime; and when the music stopped, the state found itself holding unprecedented obligations, with no means of paying them’. But when it decides to tighten its belt and go on an austerity diet, Welby cries foul!

For Welby, austerity ‘almost invariably conceals the crushing of the weak, the unlucky, the ill, and a million others’. Austerity is like putting a heroin addict in rehab. Because Welby feels sorry for the heroin addict suffering withdrawal symptoms, he wants to give him another fix. Shouldn’t he be chastising incontinent government spending and immense waste in the public sector instead of attacking austerity?

‘How do you solve a problem like sharia?’ is another line in the Welby chorus. Sharia should not win official status, he writes, because ‘it comes from a very different background of jurisprudence to the one from which British law has developed over the past 500 years’.

The blogger Archbishop Cranmer (aka Adrian Hilton) is ecstatic. ‘Why aren’t some of those Christians who have long sounded the alarm about cultural relativism and creeping sharia thanking God for the clarity of Justin Welby’s declaration?’ Bishop Ashenden tweets back, ‘For the same reason he would not need congratulating if he observed today was Monday. It’s simply obvious.’

Welby’s declaration on sharia is actually a good example of cultural relativism. Is Welby implying that sharia is fine for other cultures but bad for Britain? If sharia orders the execution of apostates and homosexuals and favours men over women in courtroom and bedroom, why should it be good for any culture, especially in places such as Nigeria and Sudan where Anglicans and other Christians suffer the scourge of sharia and are discriminated against because of a primitive and barbaric form of jurisprudence that is biased towards Muslims?

By now, I’m reeling under a discombobulation of Welbyian proportions. I go to duckduckgo.com to ferret out the root of the word. It comes from the Italian scombussolato, which means ‘someone who has lost his compass’. Bussola is the word for compass in Italian. ‘How do you solve a problem like Welby?’ I ask myself. Is he so discombobulated that he doesn’t know if he is chief pastor to his flock or pretend economist to the nation? Or, like Little Bo Peep, has the Archbishop lost his sheep and his compass and doesn’t know where to find them?