NewsPaperthe art of publishing
HomeNewsDiversity and our broken system
0

Diversity and our broken system 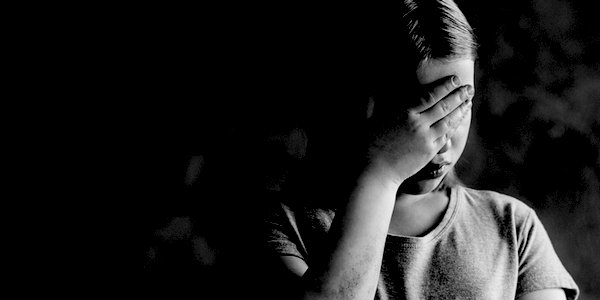 ‘I read the news today, oh boy’ – The Beatles

Except that you didn’t. Not really. On Wednesday, not a single paper led with the terrible, heart-rending news from Manchester on yet another grooming gang scandal, centering on the death of Victoria Agoglia (warning: extremely harrowing). What you read about instead was more fluff on Harry and Meghan or the pointless Punch and Judy show in Parliament: who is up, who is down, and which unelectable candidate will get to be Labour leader. Philip Johnston in the Telegraph even had the complacency to inform us that our system ‘isn’t so broken after all’.

Oh yes it is, very much so. A system that successfully shut down existential matters of debate not just for years but for decades, where repeated scandals concerning the mass rape and deaths of young girls are swept under the carpet while campaigners face years of abuse and harassment from the authorities, is broken indeed.

When will we have an honest debate on Islam and the terrible subcultures it incubates within it? Although it would clearly be wrong to demonise all Muslims and all interpretations of Islam, how much longer can we ignore the dangers of a faith with a rapidly growing demographic whose holy book and prophet preached, in part, violent sectarianism, misogyny, the legitimisation of rape and the acceptability of sex with girls as soon as they start to menstruate? How much longer will we deny the undeniable: that such theology is highly likely to create the barbarous cultures that prey upon young girls? Instead, we are edging ever closer to Islamophobia laws.

No, it isn’t. In all sorts of ways, diversity is shown to be a source of great weakness. It isn’t just the grooming gang scandals. The explosion of knife crime throughout the UK has its roots in two ‘diversity’ shibboleths: the desirability of importing cultures, however violent and incompatible, and the ‘lifestyle diversity’ of family formation. It is well known that gang culture takes root amongst boys where fathers are absent, and the great increase in gang culture in recent years is a result. The immigration of young men from brutalised African cultures ready to resort to extreme violence created competition for indigenous gangs who felt compelled to ‘tool up’ in response.

Such violence, and the fear of it, is just the most extreme manifestation of our shift from a high-trust to a low-trust society, with catastrophic social consequences. The liberal American sociologist Robert Putnam was dismayed to find that, after a certain point, diversity rapidly decreases social capital in society and leads to people becoming lonelier and more isolated as voluntary networks and association disappeared. This has a devastating and demoralising effect, particularly on working-class communities that have always relied on community solidarity, and was one of the prime movers behind the result of the Brexit vote.

These days few would deny, I hope, that some diversity can be genuinely enriching for society, or that a multiracial society has largely proved a British success story, with high levels of integration and mixed marriage between many ethnic groups. However, look at multiculturalism and a decidedly more mixed and often dark picture emerges.

The elites still lack the moral courage even to begin to learn these lessons. They refuse to discuss Islam, blame superficial issues such as ‘drill music’ for knife crime, and condemn Brexit as a racist vote that has brought down the curtain on a great and enlightened liberal era. The reality, of course, is very different. In the following decades we will view this period of liberal ascendancy, far from being a tolerant utopia, as a time of the most appalling prejudice and hate, a time when young girls were, in a quite literal sense, thrown to the wolves by their social betters for the crime of being born in the wrong class, and as one of the most shameful episodes in our domestic history.

Share
Facebook
Twitter
WhatsApp
Email
Previous articleToday’s hot topic: What would we do without Attenborough?
Next articleMedia race obsession melts away when it’s white girls being raped