NewsPaperthe art of publishing
HomeNewsDiversity cuts only one way – leftwards
96

Diversity cuts only one way – leftwards 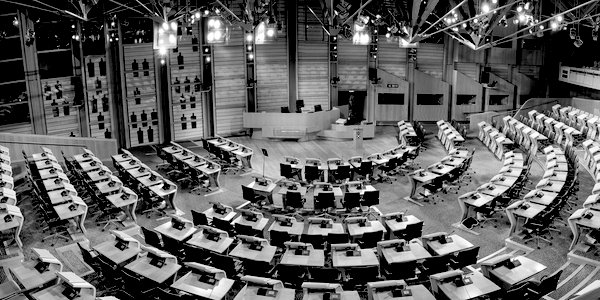 FOR all the difference it has made to representation in the Holyrood Parliament, the election on May 6 need not have taken place. The almost-but-not-quite-dominant SNP, supported by their separatist soulmates in the grievance-mongering Greens, will continue their constitutional carping; and while agitating for another referendum, the noxious Nationalists will subject Scots to yet more arrogant authoritarianism and institutional incompetence.

The recent ballot left Scotland’s parliamentary arithmetic almost unchanged. Nonetheless, the new composition of the Chamber has during the past week prompted a number of headline hosannas, including:

The Guardian: ‘Scotland will benefit from its newly diverse parliament’

The National: ‘Holyrood takes a step in the right direction with most diverse parliament ever’

Edinburgh Evening News: ‘One thing that we can all welcome is the most diverse and representative Scottish Parliament ever’

Okay, we get the message: the deity named Diversity is now looking more fondly upon the Scottish Parliament.

Incidentally, that final quote came from Angus Robertson, leader of the SNP group at Westminster until he lost his Moray seat in 2017. Despite being the antithesis of a fresh face, Robertson has re-boarded the political gravy train as an MSP.

Lest you assume that this stale, pale, male has not added to the heterogeneity of Holyrood, Angus proudly informed Evening News readers that he is ‘part of the German-Scottish community’ (he has a Teutonic mother) – a dubious declaration of ‘diversity’, presumably disclosed by Robertson to justify his privileged selection as the SNP’s candidate for the plum constituency of Edinburgh Central.

The aforementioned opinion piece in the Guardian, by freelance Dani Garavelli, was an exposition of why in her view ‘a parliament as diverse as the one Scotland has just created is something to be celebrated’. Furthermore, she asserts that rejection of Alba (Alex Salmond) and the Alliance for Unity (George Galloway) is ‘proof Scotland is no country for old men with outdated attitudes’ – a sweeping dismissal of a large demographic. No doubt she is equally contemptuous of your middle-aged, male, conservative correspondent.

In contrast, Holyrood’s new and daring ‘diversity’ comprises: the election of its first two women of colour, one a Muslim nationalist, the other a Sikh Tory; a white female who is the first wheelchair-user MSP; and another white woman who apparently is registered disabled due to having ‘a borderline personality disorder and PTSD’.

And that’s it. A cynic might even grumble that a politician with a personality disorder is not unusual, that psychosis is a prerequisite affliction, though we at TCW would never be so uncharitable.

Of the foregoing female quartet, only one – Kaukab Stewart, who took Glasgow Kelvin for the SNP – won a constituency. The others were allocated seats through the regional lists for additional members; in other words, they are in the Chamber owing to party patronage rather than public support.

There are 56 top-up MSPs of whom one can say the same; therefore it might seem unfair to single out these few women who no doubt have their merits. Nonetheless, the fact remains that they have been placed in Holyrood primarily because of their distinctiveness, as the beneficiaries of party policies to promote ‘diversity’.

In her Guardian article, Dani Garavelli also yearns for the increased number of female MSPs – now 58 of 129 – to ‘spur the parliament on to become more family-friendly’; she decries how ‘Holyrood lost three MSPs because they wanted to spend more time with their young families’.

The departing trio all acknowledged that, even in Scotland’s overpopulated parliament, which contains more politicians than are usefully employed, being an MSP is ‘demanding in terms of pressure and time’. Each had a similar reason for leaving Holyrood:

Jenny Marra (Labour): ‘I have taken the decision to spend these early years with my children.’

Gail Ross (SNP): ‘I want to be able to spend more time with my family, to watch my son grow up and to be more involved in local issues, things I cannot presently do.’

Aileen Campbell (SNP): ‘I hope in future I can spend a little more time with my boys at home.’

In her Guardian lament, Dani Garavelli naturally does not allow for the possibility that by stepping down as MSPs these mothers might be benefiting themselves and, more importantly, their young children during their formative years.

Despite their prioritising family over political career, no doubt each of those Leftist ladies would bristle at any suggestion that they are in fact practising social conservatism, which is anathema. Because in what Garavelli gushes is a ‘progressive, multicultural nation with its eyes firmly fixed on the future’, there is no toleration of traditional tenets.

Which explains why, for example, during one of the leaders’ TV debates, Conservative Douglas Ross was interrogated over his previous opposition to same-sex marriage. Advocating same-sex marriage was of course a fringe position until, in historical terms, the week before last; nonetheless, Ross now reverently recants: ‘I said at the time I would have voted against it, just like two of Nicola Sturgeon’s government ministers voted against it, but I’ve also said that I fully support it and I think marriage is a thing of beauty both for men and women and people of the same sex, and it’s something we should support.’

Dougie’s dutiful disavowal of his past position sums up why Holyrood contains precious little conservatism, certainly not on social issues. Not that recalcitrant Conservatives receive any credit: ‘Same old Tories’ was the sniping response to Ross from Anas Sarwar, thereby disproving the claim made in the New Statesman and elsewhere that Labour’s new Scottish leader – under whom the party lost even more of its seats and share of the vote – is ‘likeable’ and ‘thoughtful’. He is neither.

That unremarkable ‘revelation’ regarding Douglas Ross had been an ‘exclusive’ in the anti-Tory Daily Record. Even though it was utterly irrelevant to the 2021 election, political opponents piled in with scornful soundbites: ‘Douglas Ross and his party are out of touch with the people of Scotland,’ moaned Ian Murray, seemingly oblivious to his being Scotland’s only Labour MP; while the LibDem equalities spokesperson Caron Lindsay found it ‘troubling that as recently as 2014 he (Ross) was still on the wrong side of the argument’.

In ‘progressive’ civic Scotland, evidently the prescribed dogma of ‘diversity’ does not extend to cultural conservatism; while at hypocritical Holyrood, traditionalism is taboo.