Diversity quotas have no part to play in acting 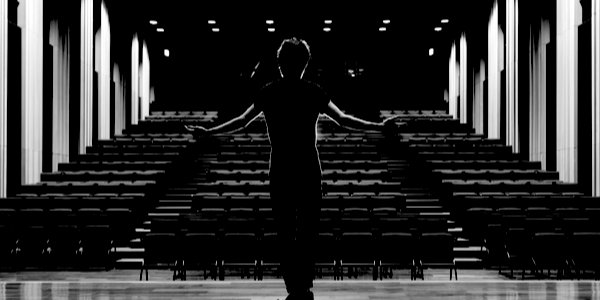 FOR most of the silver screen’s history there seems to have been an understanding that those actors attracted to the same sex would have their private lives kept away from those buying tickets at the Odeon. A life of secrecy was a given for some stars. As the twentieth century wore on, however, into an era of 24-7 mass media and then the digital age, with all its salacious appetite for info on Z-listers, let alone the stellar of the Hollywood Hills, that concealment and management was unsustainable. Remember the rumours surrounding Rock Hudson? Or the final uncomfortable outing of Jodie Foster?

Times change. Social attitudes change. The closet that once made life so difficult for some is now largely, thankfully, a thing of the past and people are encouraged to feel comfortable being open about who they are. It’s not possible to know if this relatively new openness has put paid to openly gay and lesbian actors getting film and television heterosexual (or any) roles they’re going for. If it has, then it may be because there is a tentativeness about the rate of change that can be expected when it comes to the suspension of disbelief in the viewing public. Film and TV dramas operate in a commercial world and there is nothing like financial imperatives to focus the mind on getting casting right. A market after all is a market. British actor Rupert Everett has spoken of his feeling that coming out in 2009 did him no favours, claiming that work more or less dried up.

So what are we to make of the current discussion about who gets to play LGBT characters? Suranne Jones, who plays the lead in the BBC Sunday night drama Gentleman Jack, has complained recently about how straight actors have become the unfair target of criticism for taking on the roles of lesbian and gay characters. Her defence is that the actor is merely ‘the face’ of the project and if critics were aware of how much diversity there was on the whole production team – including writers and directors – then they might be less harsh in their observations.

This seems somewhat obtuse. It’s not about overall diversity quotas: it’s about who can play certain characters. If LGBT actors (in an age when it’s become almost compulsory for people to make plain their sexuality) are now protective about LGBT roles being assigned only to their own ‘community’, then are we indeed to infer that their acting opportunities have more generally diminished? Or put another way, and understandably, the last thing they need is straight actors on their limited turf.

The question, though, has to be bigger and it is this: is acting not about, well, acting? That is to say, pretending. Is it not possible for an actor who is straight to portray truthfully a character who is not straight? Is it not a good thing for there to be a level of imaginative engagement where an actor is able to perform beyond the strictures of his or her own personal experience? Is that not part of the job description once you get out of drama school? For their part, Rachel Weisz and Cate Blanchett are as uncompromising as you might expect from industry A-listers who possess both intellect and eloquence.

It has to be obvious that, in the name of consistency, if we go down the path of saying that only gay people can play gay roles, then it has to be only straight people for straight roles. Can it really be expected, as it were, for the situation to go both ways? That would mean only LGBT actors (see trans actor Asia Kate Dillon as the trans character Taylor Mason in Billions) for LGBT roles, but anyone could be up for straight roles. That would feel like the position in that mischievous old line about ‘what’s yours is mine and what’s mine’s my own’.

Identity politics has its reach everywhere, it seems, in 2019. Box office banker Scarlett Johannson has fallen foul of things twice in this regard. Once she was accused of ‘whitewashing’ after she played a Japanese character in Ghost in the Shell and another time she was forced, following protests from the LGBT community, to drop out of a role in which she was going to play a transgender man. She later issued a statement saying she was ‘thankful’ for her re-education on the matter. Eddie Redmayne got away with it, though, in 2015 when he played a trans character in The Danish Girl (indeed he got an Oscar nomination). Who knows whether he’d pull that one off in the moved-on world of 2019, however, with its antennae now out for all manner of appropriation?

One thing’s for sure. The acting world of Tom Hanks in Philadelphia, Jake Gyllenhaal in Brokeback Mountain, Richard Griffiths in The History Boys, and then one assumes Daniel Day Lewis playing writer Christie Brown with his cerebral palsy in My Left Foot (as well as a gay man in My Beautiful Laundrette) and Toby Jones in the powerful TV film Marvellous (as recently as 2014) is a thing of the past. Maybe soon it won’t even be allowed for actors to turn accents on, that being a kind of appropriation based on geographical stereotypes. We are going to have to accept less acting, less pretending. Unless, that is, all actors are allowed just to keep going for all roles (heaven knows work is hard enough to come by for the vast majority of them) because of fluidity anyway when it comes down to sexuality and gender. Which is another pretence. Don’t expect any thespian big hitters to articulate that though.