Do Tory leaders really want to stop the Channel migrants?

AMAZINGLY, the UK Border Force is refusing to turn back migrant boats in the Channel, despite Home Secretary Priti Patel’s vow to do so.

The Home Office said a record 853 migrants made their way from France on one day recently. It takes the total number of seaborne illegals this year to 21,050, double the number for all of last year.

On top of this fiasco, Chancellor Rishi Sunak is to spend £74million for new Royal Navy cutters aimed at cracking down on the cross-Channel invasion.

But what is the point if Border Force won’t turn them around? Buying new boats will just be another waste of our hard-earned taxes. Instead of returning migrants, they will probably be used to ferry them into the UK, where they will be put up in hotels and paid benefits.

In the Second World War, we were able to stop the Germans invading across the Channel. Now we can’t even stop illegal immigrants in rubber dinghies.

The Government needs to get a grip. It has totally let us down. Border Force has turned into Border Farce. Migrants could be safely turned back and returned to French waters if the will was there.

If the crews won’t do what we taxpayers are paying them to do, they should be sacked and we should employ a Border Force worthy of the name.

When it comes to controlling immigration, we know that Labour, LibDem, Green and SDP MPs all favour an open-door policy and want it to continue. But many people voted for the Tories in the 2019 general election because they were promising to control our borders.

Those voters now feel deeply betrayed, with Patel’s crackdown pledge ringing increasingly hollow. One can only conclude that the Conservatives, like the other parliamentary parties, actually want open-door immigration and are happy to let the Channel crossings continue.

It is not too late to put an effective strategy in place. But unless firm, decisive action is taken now, the Tories will reap the whirlwind of their disgruntled, disgusted voters at the next election. 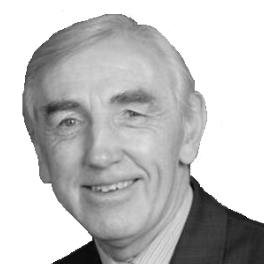