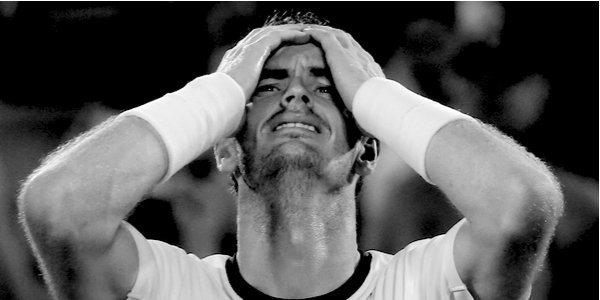 ANDY Murray won a tennis match at Wimbledon on Wednesday evening, and afterwards he told the crowd how ‘fantastic’ was to see so many ‘front-line health workers’ and other ‘key figures of the pandemic’ watching. On Monday, the Centre Court crowd gave a standing ovation for newly-honoured Professor Dame Sarah Gilbert, co-creator of the Oxford-AstraZeneca vaccine.

Murray said: ‘I think the whole country kind of realised how important they all are, and maybe hadn’t got the recognition that they probably deserve up until now.’ He went on to criticise the government offer of a 1 per cent pay increase for NHS staff: ‘It was pathetic. So, yeah, they obviously deserve a lot more than that. They have done an amazing job getting us through the pandemic.’

In March this year, in the midst of Covid lockdowns, the doctors’ trade union the British Medical Association (BMA) submitted a claim to the Review Body on Doctors’ and Dentists’ Remuneration (DDRB), calling for ‘significant’ across-the-board wage increases. Doctors seek recognition, the BMA says, of the extreme lengths they have gone to tackle the pandemic and ‘they should be rewarded as such’. Press and political elevation to sainthood is insufficient; the BMA want 5 per cent for consultants.

Rishi Sunak, Chancellor of the Exchequer, has said 1 per cent for all NHS staff would ‘be fair’ and is all the country can afford.

So what exactly are doctors paid? The average salary for a full-time worker in the UK is currently £29,600. A doctor in specialist training starts on a basic salary (not including overtime or allowances) of £37,935 and progresses to £48,075. A full-time salaried GP working 37.5 hours or nine sessions per week in England [an increasingly rare work pattern] earns a minimum £60,455 (2020-21). Some earn over £200,000 per annum by managing several practices and thousands of patients.

This past 16 months has been challenging for many doctors but it has also brought financial benefit to many. GPs are being paid £12.85 per unit to administer Covid jabs. A GP with an average patient list of around 2,250 could earn £40,000 by vaccinating 70 per cent of them with both doses.

Hospital Consultants in England earn between £68,163 and £110,683. They are also eligible for additional Clinical Excellence Awards, essentially bonuses, though few doctors refer to them as such. These are often pensionable and in 2020 paid out up to £77,320 per consultant. Some NHS consultants retain their own private practice and others teach.

Like most public service pension schemes, the NHS schemes (there are several) are ‘gold plated’ and predominantly publicly funded. However the BMA and the General Medical Council, which maintains the register of doctors authorised to practise, want improvements.

The BMA wants the pension annual allowance, the amount of pension savings anyone is allowed each year before tax charges apply, currently £40,000, to be scrapped in the NHS. They have already asked for the pension lifetime allowance, the maximum amount of pension savings anyone can have without incurring a tax charge, currently £1.0731 million, to be removed for doctors.

Doctors should be exempt, they say, from government plans to increase the Normal Minimum Pension Age (NMPA) from 55 to 57, effective from April 2028, because the ‘complex nature of pensions’ taxation means that many [doctors] needed to retire before this age.’ Translation: Most doctors will reach their pensions lifetime limit well before 57.

The BMA argues, ‘at a time where pressures on the NHS have never been greater, with doctors reporting high levels of fatigue and burnout, increasing the NMPA will only serve to demotivate and worsen the already low levels of morale amongst the medical work force.’

It also says that it would be ‘unfair and unreasonable’ to make doctors work longer, causing them to be ‘unduly taxed,’ or to put it another way, it would not do for doctors to be treated as other taxpayers.

On May 14, 2021, approximately 11.5 million jobs from 1.3million different employers had been furloughed cumulatively in the United Kingdom as part of the government’s job retention scheme. Thousands of people have had no income for over a year, including self-employed directors who ‘fell between the cracks’: large numbers of businesses are unlikely to survive and the life prospects of an entire generation of people have been devastated.

The truth is that doctors are well paid, with training and development opportunities that are almost unparalleled. It has been decades since any UK physician has faced any form of job insecurity, and redundancy among medics is almost unheard of. This is apparently not enough to stop them asking for more money and sweetheart pension treatment.

Latest: The BBC reports: ‘Senior doctors in England will be consulted on taking industrial action if the government’s 1 per cent pay rise offer is not improved. The British Medical Association says it will ask members about stopping paid and unpaid overtime if there is not a figure nearer 4 per cent.’ Read more here.