Does Owen Jones deserve an eggsplanation? 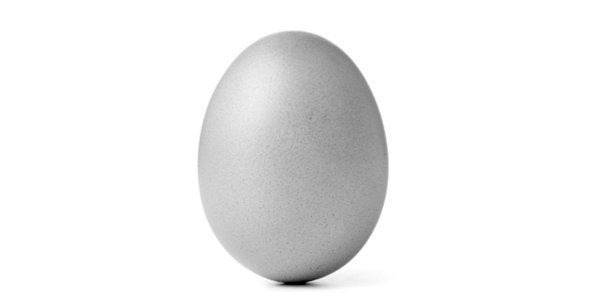 EGG WHITE supremacists have launched an attack on Jeremy Corbyn.

In an attack clearly co-ordinated by the hidden hand of the patriarchy, a Right-wing extremist ‘shelled’ the Labour leader in a bid to stop him bringing peace and harmony to the world.

Jeremy, the people’s champion, was about to unveil his new campaign slogan ‘For the Money, Not the Jew’ when the would-be assassin struck.

It was a potentially deadly attack which could have been right out of Hitler’s Hegemony Handbook or indeed the Patriarchal Playbook.

The weapon was a softshell made of calcium carbonate crystals with 17,000 tiny pores. In other words, designed to shatter on impact.

To put it in context, this is the same material used by allotment owners to keep snails away from their cabbages.

The phrase ‘walking on eggshells’ has deadly connotations for the mollusc community. And yet Twitter has refused to ban it.

On breaking, the ‘egg’ delivers a deadly cargo of albumen (street name, egg white) and yolk.

The latter can contain salmonella – the same poison involved in the Edwina Currie scandal that the Tory media don’t want you to know about.

Coincidence? I don’t think so.

It doesn’t stop there.

In the 1970s, Salman Rushdie worked in advertising as a copy writer. Some think he devised the slogan ‘Go to Work on an Egg’, even though it was invented in the 50s.

This is the same man who went on to write The Satanic Verses.

Predictably, the Tory media, led by the notorious Right-wing cheer leader Rachel Riley, has thrown its full weight behind a Whataboutery campaign.

They’ve dug up an old tweet when Owen Jones, quite justifiably, said Nazis deserve to be egged wherever they go. Because they are Nazi, and they are Nazis because Owen Jones says they are.

Remember, if you want solidarity from @RachelRileyRR, follow Count Dankula's example, just film yourself chanting "gas the Jews" over and over again whilst teaching your dog to Sieg Heil with Nazi imagery in the background. pic.twitter.com/eLpxMmOa3G

Couldn’t be clearer, could it?

Share
Facebook
Twitter
WhatsApp
Email
Previous articleTear up the spreadsheets and bring back recruitment officers
Next articleReaders’ comments: Would I join up now? Not a chance!