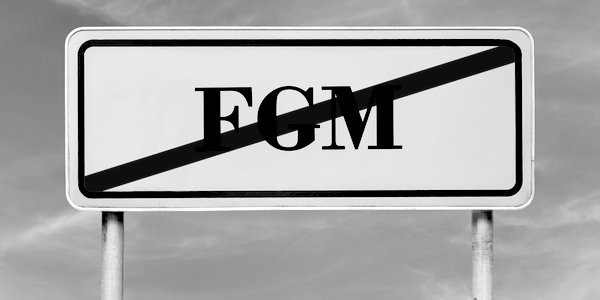 Female genital mutilation (FGM) is a barbaric tribal custom emanating from parts of the Islamic world, notably portions of Africa, the Middle East, Pakistan and Indonesia. It has been illegal in this country for 33 years. The person who does the cutting commits a crime, as does a parent or anyone else who arranges for it; so also a parent who fails to take reasonable means to stop it happening to a girl under 16, and a person resident here who arranges for it to be done abroad (normally on a ‘holiday’ conveniently taken in a country where the practice is common). A doctor or teacher who fails to pass on information about it also commits an offence.

There are certainly plenty of cases where GPs and hospitals in this country have been faced with women who have been cut: more than 9,000 in 2016-17. Yet, while occasionally professional sanctions have been applied (a dentist in 2013 and and a doctor in 2014 were struck off for offering FGM as a result of newspaper stings), not one successful prosecution has taken place. Four have been attempted. All were doubtful to begin with. One was of a doctor in 2015 whose action was arguably part of making good after a very difficult delivery of a baby; in the same year a father in the course of a bitter family dispute chose to accuse the mother of FGM. She was acquitted. The third, in Bristol earlier this year, involved an alleged confession during a ten-minute taxi-ride and a 2mm lesion which was not unequivocally incriminating; the judge stopped the case. The last, ending in acquittal last week, involved an allegation by the daughter of a London solicitor that he had forced her to undergo FGM twice as a punishment for theft.

Why is this? In partial defence of the Crown Prosecution Service, it faces some noticeable difficulties. If, as often happens, the victim prefers not to testify against her parents it can be hard to nail a charge against either: even where FGM is proved, a stolid denial by both of any knowledge as to how it happened is likely to prevail unless there is smoking gun evidence of, say, payment to a known cutter (the going rate is said to be about £200), or travel abroad and contacts with those known to carry out the operation. Even if the CPS charges failure to take reasonable steps to prevent FGM, this again raises difficulties. No parent can be expected to supervise a child at all times or control all her movements; it is too easy for either parent, tasked with evidence of FGM, to say that it must have happened a year or so ago when the child was in the care of an apparently trustworthy grandparent, aunt, etc.

But one is left with a powerful feeling that, however comforting for police and prosecutors, this is not the whole story. We have no details of allegations the CPS has decided not to pursue, but there must be strong suspicions (as already pointed out on TCW here and here) that even where the evidence is fairly convincing, concerns for social cohesion and worries about antagonising particular racial groups are playing a disproportionate part. Nor have we any indication that, for example, steps are taken by the police to identify those who might be prepared to carry out the operation and to keep a watch on them, in the same way as the police would treat suspected drug dealers or (say) back-street abortionists.

Furthermore, one suspects that even though medical professionals are now bound by law to report suspected cases of FGM, the profession may not be 100 per cent behind this. The requirement is carefully circumscribed: doctors must report where either the victim tells them she has been cut, or where they observe physical signs of it. The General Medical Council points out, correctly but one suspects more with the wisdom of the serpent than the innocence of the dove, that no such duty arises where a doctor suspects but has not visually identified FGM. In other words, it condones a ‘don’t ask, don’t tell’ policy: if a doctor isn’t required to examine the affected parts and the patient hasn’t actually alleged FGM, then however suspicious the circumstances he isn’t required to check. Even if the patient is from a high-risk group (for example Somali) he can sanctimoniously look away. It is not unlikely that a sizeable number do just that.

What we need is more overt determination to stamp out FGM. Risking offence to vociferous representatives of particular ethnic groups, and occasionally soured relations within a family, is something the police and the CPS must be prepared to do. In certain cases they must be prepared to follow their own guidelines and require the attendance of victims as witnesses, particularly where there are several victims in one family.

A couple of changes in the law might also help. One would be a provision that, even if there is no present risk to a child, notice by a doctor to the police or social services about suspicions of past FGM would break no duties of confidentiality. This is not absolutely certain at the moment, and confirming it might give a virtuous incentive. The other would be a new offence committed by a parent who had reason to know that a child had suffered FGM but failed to report it to the police. At least with younger children, reason to know would be difficult to deny. And, for a parent who when questioned about FGM says righteously (as so many do) that they themselves wholly disapprove of it and wouldn’t dream of arranging for it, they can hardly complain. The criminal law would merely be asking them to back up their stated disapproval by helping the police when someone else has committed this revolting practice on their own offspring.