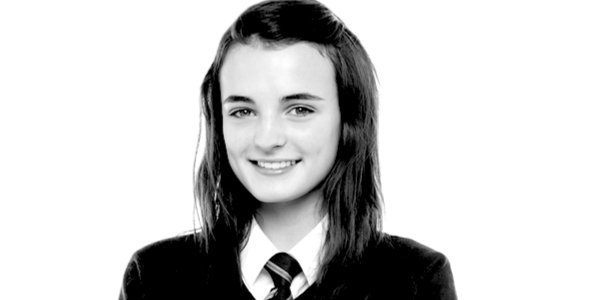 There’s a funny scene in Slaves of New York, a mid-1980s novel by American writer Tama Janowitz, where the narrator is in a beauty salon and about to undergo the singular trial of ‘boiling hot wax’. She laments the fact that hairy legs on women have not yet become a trend and reflects ruefully that she’ll never get over ‘feeling like a female impersonator’. A few years later Janowitz published another novel called The Male Cross-Dresser Support Group. It’s a fair bet that today’s publishers would wince at some of the language. Can you impersonate on gender lines any more even if you wish to? I would have thought it is no longer possible to carry on quietly and blamelessly being a ‘female impersonator’, popping on a skirt, tights and a bit of lipstick to nip down to Sainsbury’s Local. And a ‘male cross-dresser’? Isn’t that hate speech? If you say you are a woman, well, you are a woman. Nice and straightforward.

The poor old skirt was dragged on to the front pages again at the weekend. It seems that for schoolgirls, at least, it is on the way out. An analysis of uniform policies in England’s schools indicate that a few dozen secondaries have prohibited girls from wearing them, with others deciding on whether to go for a ban. It was never going to be long, was it? The tanks of the gender identity warriors are now parked firmly on the sartorial lawns of girls and young women. Copleston High School in Ipswich has put the offending garment on a list of unacceptables alongside ‘skinny jeans and facial piercings’. Woodhey High School in Bury has denounced skirts as ‘undignified and embarrassing’ for staff and visitors when girls sit on the floor for assembly and in drama classes.

What a pathetic and disingenuous reason to offer. Any adult in a school unable to keep their eyes from certain parts of a child’s body should not be in that environment. Presumably, these staff and visitors are unsettled and disturbed in ways they find it tricky to address. This is because we have now got ourselves into times when children’s bodies (and, appallingly, their consciousness) have been prematurely sexualised and those of teenagers deemed provocative. Indeed, this case is being made by pupils at Philips High School in Whitefield, Greater Manchester. Faced with a plan to make trousers compulsory for both boys and girls next year, they are fighting a rearguard action to save the skirt. Hundreds of signatures have been gathered on a petition, claiming that a ban on skirts is ‘sexualising’ pupils’ bodies. Its female pupils also argue that they feel more confident in skirts and that forcing them into trousers could ‘damage our mental health’.

It needs saying that there may be some mischief at play here from the young women about sexualisation by others of their bodies. Many teenagers (and more than ever given their involvement in the swamps of social media) do set out to sexualise their bodies. It’s what happens with the hormonal tide of growing up and pushing at the boundaries of rules. That’s why schoolgirls roll over the waistbands of their skirts and can be seen all over the UK attired in what look like pelmets around the tops of their bare legs.

But this is about headteachers themselves allowing a problem to come about. There is no need for them to be turning a blind eye to girls in school in skirts that are barely decent (to use an old school term). Just because these teenaged girls may be transfixed by all the preposterous thong-wearing/tolerating on Love Island does not mean that they should be in school wearing skirts of inappropriate length. There is no need to outlaw skirts. Why not just spend a few minutes putting together something on Parentmail to the effect that from now on the school uniform policy is to be reinforced and girls wearing short skirts will be sent home and re-admitted to the school site once their clothing is of the appropriate length. Knee length, for instance? Really not that difficult. The mean girls will not be able to mock or taunt others for not being in regulation skimpy skirts and dresses because they’ll all be dressed the same. A good headteacher knows that that is what a properly enforced uniform policy does: it levels, it helps to create a real safe space.

What one suspects, though, is that something else is at work here. There are a number of headteachers who are primarily concerned to be seen to be toeing the line of the rampant gender-neutral Zeitgeist, or even be part of strengthening it. The rationale of this movement is that allowing girls to wear skirts could be causing distress to boys who imagine they are girls and are wishing that they too could wear skirts. The skirt is stubbornly non-inclusive, even when heads allow boys to wear them to school. When worn by that creature previously known as a girl or a woman, it is therefore becoming something of a no-go zone. If a boy or man wants to slip into one, that’s presumably all right, though.

I can’t be the only woman out there feeling when I choose to wear a skirt as if this is now almost a gender identity politically charged statement. I don’t yet feel, though, as if I’m a female impersonator. Which is something.