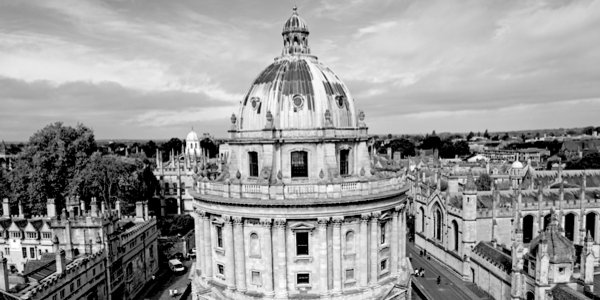 Oxford University is in the dock for social, geographical and racial discrimination. Last year only 4.1 per cent of its new undergraduates came from disadvantaged backgrounds. The figure for all universities is 11.1 per cent. Nor are things much better when it comes to the geographical spread of students. David Lammy, Labour MP for Tottenham, has discerned a clear north-south divide, with London providing 25 per cent of Oxford students against 2.3 per cent from the North East of England. Worst of all, in what appears to be Lammy’s verdict, is racially motivated discrimination against ethnic minorities. Black applicants won only 1.9 per cent of places at Oxford last year.

Vice-chancellor Louise Richardson and her fellow dons make an unlikely bunch of social, geographical and racial bigots. They are more fairly criticised for promoting Marxist ideology, feminism and anti-imperialism. Being arraigned in an educational version of the Nuremberg Trials must be quite a shock for them. Are they really the wicked people portrayed by Lammy and the Left, or are they just too stupid to understand how much they undermine social justice by their admissions policy?

Evil or ignorant? Whatever the verdict, it would appear that Lammy’s side wins. The spirit of the age, of what the Germans call Zeitgeist, is all with Lammy. The socially under-privileged, the northerners and the ethnic minorities who are failing to win Oxford places now join a host of other ‘victims’ of an unfair world who need special support.

But just how unfair is the admissions system to Oxford? This year the number of successful candidates from private schools is at a record low and, at 63 per cent, at a record high for state school applicants. The university is feeling the pressure so much that it is running remedial catch-up years for bright but under-privileged and poorly-taught school leavers. Most are subsequently accepted as first-year undergraduates. Sometimes it is enough for the university to lower the entry grades in order to compensate the casualties of poor schooling.

Again and again, we discover that an underlying reason why highly able youngsters from disadvantaged backgrounds do not make it to Oxford is inadequate schooling and low aspirations in a ‘bog standard’ comprehensive school which they are forced to attend by their home post code. Small wonder that the escape route of a grammar school is so sought after!

Oxford can do little, if anything, to improve failings in the state school system. It can only offer palliatives for the symptoms and in this area it is actually doing a lot, almost certainly at the expense of academic standards. To compensate for failures in state schools it is discriminating in favour of them. Whilst last year’s percentage of first-year students from the black community was only 1.9, this was above the percentage of black youngsters attaining the usual entry offer of three A grades at A-Level. Overall, 17.9 per cent of last year’s new students came from an ethnic minority background, well above the 14 per cent of the UK population they constitute.

In an educational court of justice the verdict should be that Oxford is guilty only of discriminating in favour of the less privileged, not against them. It is those who are guilty of forcing Oxford to practise this form of educational discrimination who should be in the dock.