THE long and arduous journey to unleashing Britain from the shackles of European Union membership is nearing its conclusion. More than four years on from the decisive referendum result, we must not become complacent in these final moments.

It is imperative that this government does not sell out Britain, and leave us beholden to EU laws and regulations in all but name.

My optimism about the future of our great nation has never wavered. Even now, despite the chaos inflicted by the pandemic, and the measures subsequently inflicted upon the British people by this government, I still maintain that the UK can make a spectacular success out of leaving the EU. Indeed, Covid has highlighted the benefit of being free to act quickly as we need.

For the future prosperity of the UK’s economy and social fabric, it is essential that we do so.

As always, Boris Johnson’s snappy slogans during last year’s general election are in danger of not being backed up by reality and action. The negotiating team has performed well through the year led by Lord Frost, but this will count for nothing if Boris loses his bottle at the critical last moment.

The fisheries debate epitomises my concerns. This is an iconic British industry, and a critical issue on which to make a stand; the opportunity for growth in jobs and regeneration for coastal communities are huge.

Ministers are scrabbling to backtrack, to claim the sector has little economic importance, and thus lay the groundwork for a double-crossing. That is a message that is simply not good enough for the 20,000 people employed in the British fishing industry.

While it has been encouraging to see the provisional results of leaving the EU’s outdated and restrictive regulatory systems, in the form of a speedily-approved coronavirus vaccine, it remains unclear to what extent Boris is willing to accept regulatory alignment and supervision under the EU’s bureaucratic European Court of Justice rules.

The Medicines and Healthcare products Regulatory Agency’s applaudable success showcases what a Britain, unshackled from bureaucracy, can accomplish. We need to give business the resources, protection and trust that EU membership has robbed them of for decades.

It is in this spirit that we must embrace the World Trade Organisation rules if the EU is to continue with its unreasonable demands. WTO rules present significant opportunity for the UK, as long as the Government facilitates them properly in the form of cutting corporation tax, changing VAT rules to favour our businesses and the ditching of unnecessary regulations.

Britain is a nation of entrepreneurs, and an economy that is powered by small and medium-sized enterprises (SMEs). We have an abundance of impassioned, intelligent and successful business people who will doubtless take emphatic advantage of more favourable measures.

Creating such an environment will see investment pour into Britain; much needed in a post-pandemic climate and a surge for our businesses that would leave many of our European neighbours looking on enviously.

The time has come for Mr Johnson to step up and show true leadership. Indeed, his poll ratings would go through the roof if he walks away from these negotiations with his head held high.

If an agreement is reached, the onus is on our MPs to heavily scrutinise the legislation that is put before Parliament. This cohort of MPs would do well to remember how their predecessors were judged on the issue, and how much it meant to the people; all reflected in 2019’s General Election results.

Following the turmoil of the last year, let alone the last four, we need to seize the scarce opportunities made available to us – and Brexit is the greatest and most significant of opportunities.

We need a bolder, braver and brighter Britain. A Britain that recaptures the spirit of ambition, freedom and never-say-die attitude that first secured our place the top table of the world stage.

The buck stops with the Prime Minister and his Cabinet. If this government sells out Britain, the public will never forgive him, nor the Conservative Party, for doing so, and nor should they. There is a growing appetite for reform across the UK in so many ways.

A proper Brexit is the catalyst, the big chance. If Boris doesn’t show the courage needed now, then we will. 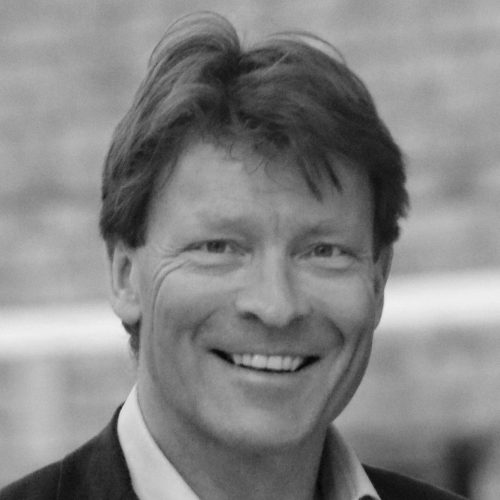