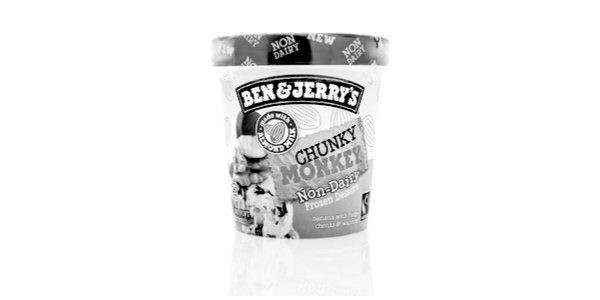 I’VE never knowingly eaten Ben & Jerry’s. Not because I dislike ice cream, but something about it has always put me off. Perhaps it’s the over-familiarity (like Mr Kipling, I prefer things exceedingly formal). It could easily be the stupid flavours: ‘Salted Caramel Core’, ‘Chunky Monkey’ and ‘Phish Food’ to name but a few. Having seen their latest woke advertisement, however, I’m confident both Jerry & Ben shall remain forever strangers to me. Here’s their latest assault on our taste buds, social justice warrior flavour:

This is not what justice looks like. Join the movement now for a criminal justice system that works for everyone: https://t.co/aCeLQCKzNp pic.twitter.com/Eu7ct778ba

Woke advertising is now sadly a regular blot on the liberal landscape. Gillette, one of the market’s biggest players, divides its time between lecturing men on what negligent, #MeToo lecherous, deadbeat fathers they are, and trying to convince women that morbid obesity is glamorous:

Go out there and slay the day ?? ? Glitter + Lazers pic.twitter.com/cIc0R3JfpR

Nike meanwhile prefers to deliver sermons on victimhood, using Colin Kaepernick, possibly the least victimised person in the universe, as its spokesman. Woke credentials are the latest marketing ploy with which to coerce the identity-pressured punter, and it’s definitely a growth industry. Feminism and LGBTQwerty are obviously heavy-hitters, but Islam is carving out a niche for itself too – better get little Octavia a back-to-school hijab, just to keep the islamophobia accusations at bay.

Still, the results of woke advertising are a bit hit-and-miss, as the hashtag #GetWokeGoBroke testifies. Nike’s non-protest paid off to the tune of a 10 per cent bounce in sales. Gillette’s toxic masculinity rant cut less ice however, and while it is unclear whether sales have been affected, the negative response has been startling – 10:1 against, according to some metrics.

Hindsight is 20:20 of course, but this could have been predicted. For a start, not only are woke advertising ‘messages’ mind-numbingly tedious, they’re also plain wrong. However you cut the statistics and whatever explanations are mooted, blacks commit disproportionate levels of crime. The fact that officers in the US are backing off making arrests in high-crime minority neighborhoods for fear of racism and bigotry accusations is only rarely acknowledged.

It’s not masculinity that’s toxic, but an overly-feminised world  where anything male is condemned without trial. And believing your own propaganda, even if it means sacrificing nothing, is not a good look either. So the question is: who’s buying this nonsense?

Woke advertising’s trump card (and perhaps biggest liability) is that it operates in a vacuum. Liberal companies market to liberals via liberal social media, all so they can celebrate the diversity of the same opinion. The Left appears to have forgotten the old Michael Jordan line about keeping sport and business politically neutral – ‘Republicans buy shoes, too.’

Progressives no longer care. Identity and victimhood politics now so dominate that the Left appears to have decided that even Right-wing money is offensive – what price a potential boycott when you can take the moral high ground? Liberal views are of course the only acceptable ones, which is why liberals are three times more likely to sever friendships with those who think the wrong way. The horrible thing is, with the parameters of acceptable speech dictated solely by the Left, they might even be right.

If nothing else, Millennials do a passable impression of compassion; so much so that companies have been obliged to follow suit. Research indicates that 76 per cent of young people have bought or would buy products or brands that engage with good causes. Perhaps more importantly, 67 per cent have stopped or would stop buying products from companies which do not align with their values.

In other words, the younger generation are now so lazy that they’ve even outsourced virtue-signalling. And why not, when companies are eager to fill the role? Here’s Gary Coombe, president of ‘Global Grooming’ at Procter and Gamble, Gillette’s parent company: ‘The decision to publicly assert our beliefs while celebrating men who are doing things right was an easy choice that makes a difference.’

Authoritarian enough for you?

Peddling woke credentials for profits is a new low, even for virtue-signalling – the prostitution of prostitution. Paying someone to virtue-signal on your behalf ought to be beneath the most unctuous of PR men. My sense is that any advertiser attempting this cheap con trick ought to be boycotted on principle alone, irrespective of how good the product or the charade may be.

Genuine concern for good causes is of course a noble thing. It does not, however, require cynical promotion by third parties, and should be distrusted the moment it does so.

How about some good old-fashioned retail? ‘Give us your money, and we’ll sell you something that might even work.’ Imagine how refreshing it would be, the next time you order an exorbitantly priced cup of vanilla coffee, not to receive a lecture for what you ought to pretend to care about? I’d buy that, and I don’t even like coffee.