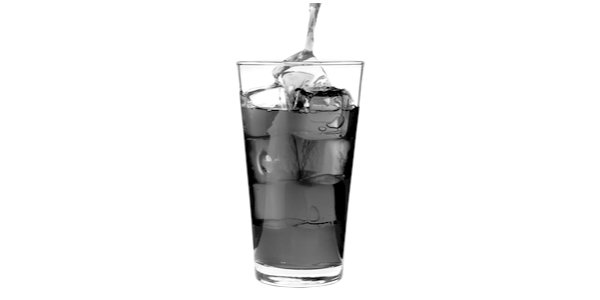 HOW far will leaders go to control you? As ever history offers us a timely reminder. On November 19, 1978, Guyanese forces entered a remote agricultural commune known as Jonestown, the domain of a charismatic Pentecostal leader, the Reverend Jim Jones.  What they found was a ghastly scene of mass murder, ‘suicide’ and devastation.

Jim Jones was a white evangelical Christian preacher who established the Peoples Temple of the Disciples of Christ in Indianapolis in the 1950s, declaring himself the new ‘messiah’. He preached social justice and inclusion and promoted a quasi-Marxist socialist philosophy. His message attracted substantial numbers of African Americans to the point that they made up over 80 per cent of his congregation.

During 1965, the sect moved to Ukiah in Northern California and on to San Francisco in 1971 where Jones became a favourite of influential Democrat politicians and public officials. In the 1970s the media started accusing the church of physical abuse of its members, of maltreating and even abducting children, and of financial impropriety.

Jones, who had become increasingly paranoid, uprooted his church to Guyana, where a small offshoot of the cult had previously established a settlement. Pilgrims who donated all their capital were promised a socialist utopia.

It turned out to be a nightmare. Julia Scheeres, author of A Thousand Lives: The Untold Story of Hope, Deception and Survival at Jonestown, based on ‘50,000 pages of letters, journals and other documents released by the FBI’, wrote: ‘They can’t actually grow food in this agricultural commune because the jungle soils are too thin. Nothing grows and they’re starving. He [Jones] has this inner circle that goes out and begs for food or gets rotting food from the market and brings it back to Jonestown. It was a big façade.’

Scheeres describes a tropical hell with clouds of mosquitoes, snakes, ‘all kinds of critters. Every day, they are getting up at the break of dawn and going out to the fields to work. During the dry season they do bucket brigades to water the plants so they don’t die. It’s back-breaking work and there’s no free time – and that’s on purpose.’

All church members were subject to Jones’s caprices and those of his enforcers. Debate and dissent was crushed and those who questioned the leader or the direction of the group were subject to harsh punishment. Jones’s word was absolute: ‘God-given’.

All passports were confiscated and held by Jones. The settlement’s remote jungle location prevented escape and those who tried were often caught and ‘shot full of Thorazine [an anti-psychotic drug] which made them into zombies’.

Inmates were told it was their duty to monitor the behaviour of their families and neighbours, and public denunciations took place during fractious, often violent late-night meetings. Dissenters were identified and solidarity crushed.

Jones’s sermons were relayed constantly over the PA system as he descended into drug addiction, his health deteriorated and his paranoia worsened. He became convinced that there were agents among his congregation working for the US government who were intent on destroying him.

There were mock suicide drills in the middle of the night with everyone, old and young, raised from their beds by armed guards. These bizarre and traumatic events were intended to assess their compliance.

Captive, their messages home censored or withheld, the congregation owned nothing and they were not happy. By 1978, a group of former Temple members and relatives of current members, concerned that they could not contact them in Guyana, lobbied Congressman Leo Ryan, a Californian Democrat, to investigate. He arrived at Jonestown on November 17, 1978, with a group of journalists, media crew and observers.

The first day passed without incident – cult members had a positive script to present. The next day, however, someone slipped Ryan’s aide a note asking for help and people begged for passage home.

A furious Jones told the delegation to leave then ordered an armed ambush at the airstrip. He commanded everyone in the commune to assemble in the main pavilion ranting: ‘It’s over, it’s all over, they’re coming for us, this is it, it’s time to transition to the other side.’ He called for a ‘revolutionary suicide’.

Babes in arms were murdered by their parents and nurses using syringes to drop a mix of cyanide, sedatives and powdered fruit juice down their throats. Older children were forced to drink the deadly mixture – their deaths were agony.

Adults identified previously as most likely to object were rounded up by guards armed with crossbows and guns and forced to take the poison. Resisters were held down and injected with cyanide. A very few, terrified, ran into the jungle to hide; several were shot.

The final death toll was 918, the largest loss of civilian American lives pre-9/11. They included Senator Ryan, three journalists and more than 300 children. Jones died from a bullet to the head.

A US military team was flown in to repatriate the bodies and clean up the site. Many suffered from post-traumatic stress disorder.

The global media fed on the tragedy reporting that people willingly ‘drank the Kool-Aid’. The phrase has stayed with us, but like much else reported by the MSM, it is factually wrong. It was Flavor Aid that Jones used to deliver death.

Jim Jones was a manipulator who sought absolute control over peoples’ bodies and minds. Can we hear any echoes today?