NewsPaperthe art of publishing
HomeNewsDon’t just sit there, make something!
0

Don’t just sit there, make something! 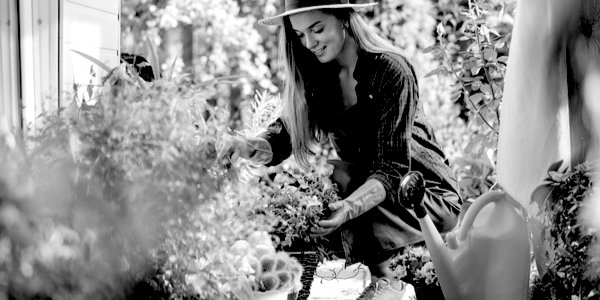 ‘I WISH I were a common labourer; that, wakening in the morning, I might have one prospect, one pursuit, one hope for the day which has dawned.’

Thus wrote Goethe, in a turmoil of lovelorn despair over a married woman, in his autobiographical novel The Sorrows of Young Werther. Another dreamer, Henry David Thoreau, a famously spiritual writer and member of the Transcendentalists along with such as Ralph Waldo Emerson, built his own log cabin in the woods by Walden Pond. For most of his life he earned a living and found solace in handyman jobs.

Condescension, even contempt, for manual work among the educated has a long history. Aristotle considered farmers and craftsmen (and women and slaves) unfit, not only for participation in civil society, but unable to lead a good, virtuous, thoughtful life. After WW2, Mensa, the club for high-IQ people, was formed with the express claim that more intelligent people would rule the world more justly – like Dr Goebbels, Dr Mengele, and Dr Ahmadinejad for instance. Morality, and having a virtuous character, is not at all connected to intellectual ability or rationality: we don’t need brains to choose to be kind, tolerant, loving, compassionate and charitable. These erroneous and patronising ideas about manual work and those who engaged in it were set out in Ecclesiasticus 38.25: ‘How can a man become wise whose hand is on the plough . . . and whose talk is of bullocks?’ It would be risqué, but entirely justifiable, to alter one vowel in that final word and attribute such talk to those who never question their assumption that they are among the wise.

Manual work deserves respect, and not just because we cannot do without it. It can be an aid to thought and personal growth, a relief from worldly cares, soothing and productive of contentment. Monks and nuns find it so. ‘Be ardent in your work, and you will find God among your cooking pots,’ said St Teresa of Avila. In Thomas More’s Utopia, with a few exceptions, everyone works on a farm or learns a trade. Thomas Aquinas said that manual work aided self-discipline, gave one meaning and purpose, a rhythm to life and kept one from the evils of idleness. He also thought it protected one from carnal desires – but that is a thought we cannot expect to be seized upon with alacrity these days. Malcom McLean, who started life as a truck driver and invented the container freight system (which he gave free to the world), has done more than any philanthropist or charity to eliminate poverty and spread prosperity and liberty through trade.

The world’s greatest minds engaged in manual work. Galileo and Newton made their own telescopes. Spinoza spent his life grinding lenses. Hooke, who anticipated Newton’s gravitational laws, produced new contraptions and experimental equipment for the embryo Royal Society almost on a daily basis. The young engineers Smeaton and Stephenson spent time in workshops. A hundred years ago the success of the celebrated, possibly self-deluded guru, Gurdjieff, was likely due to his policy of setting his wealthy, egoistic clients to manual work in and around his medieval monastery. One does not suppose that Bill Gates and James Dyson sat behind desks issuing memos. The small ‘c’ conservative philosopher Michael Oakeshott built his own cottage.

The much-mocked, old-bloke-in-his-garden-shed phenomenon should be reappraised. Working in the shed, like contemplating a work of art or listening to music, may be an activity without explicit purpose, but it is a soothing and calming experience of value to the blood pressure and also to the soul. (Shed-time might help our masters in Westminster and other male celebrities find something to do with their hands that did not fill the newspapers.) Gardening is an aesthetically pleasing form of getting your hands dirty. Elizabeth von Arnim, a sheltered and chaperoned London girl who married into the Prussian Junker aristocracy, relieved the tensions imposed by the rigid hierarchy of her new life in Germany by making a garden. E M Forster, who tutored her children, was unable to find it and suggested it might have been a garden of the mind, but Elizabeth and her German Garden, published in 1898, was a best-seller. A subsequent account of what can only be described as the holiday equivalent of manual work, The Caravaners, enticed groups of Edwardian women out on to the roads with picnics and horse-drawn trailers.

The battle to raise the status of apprenticeships and the number of youngsters taking them is making slow progress against the habit, and seeming necessity, of swapping school for more school, that is university. There is at least one alternative: to tempt or coax school leavers into a gap year of productive work. Not a year of flipping burgers or serving coffee but actually helping to make something. (A government drive on housing, especially if it included the large-scale erection of timber-framed, factory made housing, would be one possibility.) One might speculate that being occupied in something active and worthwhile might reduce the quantity of anger and threats that have filled our streets and become a feature of social media exchanges.

Is it possible for our largely public school and university educated politicians to empathise with, and capture the attention of, those working people who still do not vote, and find no home with political parties as currently constituted? These are the people of whom George Eliot speaks in the final paragraph of Middlemarch: ‘The growing good of the world is partly dependent on un-historic acts; and that things are not so ill with you and me as they might have been, is half owing to the number who have lived faithfully a hidden life, and rest in unvisited tombs.’

The last word must be with the philosopher Arthur Schopenhauer: ‘Is it not in the lower classes, the so-called working classes, more especially those of them who live in the country, that we see cheerful and contented faces, and is it not amongst the rich, the upper classes, that we find faces full of ill-humour and vexation?’ Allowing for a little 1840s stereotyping and sweeping generalisation, and assuming you are not unlucky enough to be upper class, the moral is clear: get outside and get on with something.