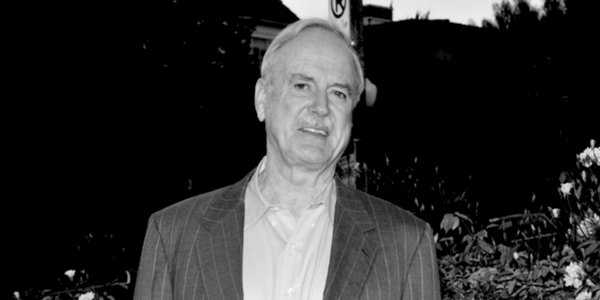 BACK when New Labour were deliberately flooding Britain with immigrants (before the Conservatives took over the task in 2010), I used to study their edicts and mottos about the criminal Iraq War, the hostility to civil liberties and the lowering of educational standards, and mock them by intoning George Orwell’s brilliant parody of totalitarian nonsense from Nineteen Eighty-Four:

These words came back to me when the comic actor John Cleese found himself the target of the Twitter lynch mob for pointing out, rather gently, that London was no longer an English city. Sadiq Khan, the Mayor of London, was very cross. He said: ‘Londoners know that our diversity is our greatest strength.’

Since then, virtually all my friends from abroad have confirmed my observation

So there must be some truth in it…

Let’s leave aside the decades of politicking about ‘racism’; the resentment built up by enforced demographic change, the gerrymandering of elections through immigration and rigging of employment through positive discrimination; the illegality of even mentioning demographic change and issues arising from it; the political fragmentation of modern Britain and the pressure on GPs, hospitals, schools, public transport and housing. Even without all that, the terrorist attacks in the West in general, and the mass killings by radical Muslims at London Bridge on June 3, 2017, in particular, must serve to illustrate the nonsense of Khan’s statement.

For me, just a mention of the bloodstained Islamic fanatic who, with another man, butchered Lee Rigby in Wellington Street, Woolwich, south-east London, on May 22, 2013, then proceeded calmly to discuss his grievances about the British state’s relationship with Islam while holding the murder weapons, is enough to show that the London that once was is lost.

However, the liberal Left does not agree. In the days of New Labour, politicians’ media outriders would simper about the British fondness for curry as if this was a prima facie case for hostile social engineering. The more intelligent operators would adduce our history of empire and sea-trade as a reason for our enforced cultural disestablishment. It did not make much sense but, like so much other received wisdom, it was swallowed uncritically by the Leftish middle classes who run Britain.

Not that they have much in the way of an argument. Look at the reactions to Cleese’s comments here.

As far as I can see nobody is disputing what Cleese, 79, says. How can they, given these statistics showing that white British are now a minority in London?

(I note that those figures are six years old. What are they now?)

What vexes the Left is not that what Cleese says is true – they love that it is true. No, what angers them is that it has been said, it has been observed in a pointed way and not ‘celebrated’ with a rainbow flag and an apology for Amritsar. That is the crime, an offence the Left really hate: noticing things. Shut up, Cleese! You’re nearly dead, mate! Move along, nothing to see here. The project to turn Britain into an international transit camp and Russo-Chinese money launderette is almost complete so don’t start noticing now! Cleese has, to adapt his famous joke from Fawlty Towers, mentioned an aspect of the culture war waged by the Left 365 days a year. He mentioned it once and he didn’t get away with it.

Dom Joly, one of the new breed of comedians who have made a great deal of money from being unfunny, was also very cross. He said of Cleese: ‘He’s clearly a really smart funny man but it is basically a very racist tweet. Secondly, it’s a racist tweet by a man who lives on a Caribbean island – the irony of that is insane.’

How is it racist to point out that the diversity project lauded by Joly and his fellow travellers is doing what it set out to do? The real irony is not that Cleese lives on Nevis, a small island in the Caribbean, but that he finds living in the Caribbean more civilised than living in London, with less knife crime. According the Left’s nostrums about crime being fuelled by poverty the situation should be the other way around.

Caitlin Moran, the Times’s superannuated grunge rocker and feminist bore, was also annoyed that Cleese dared to state the obvious. She, like Joly, feels you cannot deplore London’s situation if you live abroad. But as Cleese said on his Twitter feed in response to rage over his original comment: ‘I think it is legitimate to prefer one culture over another.’

His many attackers, doubtless armed with toy degrees and the resentful Marxism of university life, will not be prepared for that slice of manifest common sense, which is evidently true wherever you live.

The reaction will be as it was in the best scene in Monty Python’s Life of Brian, where Cleese is attempting to orchestrate the stoning to death of a man who said: ‘That piece of halibut was good enough for Jehovah.’

Of course, it has to be said that Cleese himself was a leading player in the cultural revolution that was coruscating fun when it was driven by real wit and intelligence but, like all revolutions, degenerated into a moribund dictatorship that liquidates its former heroes.

Cleese is now being called a bigot 40-odd years after the liberal Left called anyone who raised questions about what he did a bigot. Something quite odd has happened when John Cleese and Germaine Greer are now being spoken of in the way one would speak of the Ku Klux Klan. Besides which, if you accept the definition of bigot from the Oxford English Dictionary – ‘A person who is intolerant towards those holding different opinions’ – the obdurate internationalists of the British Left are no slouches in that department.

Like many of us, Cleese is tired of being told that London is a marvellous city when it obviously is divided, dangerous and has undergone surgical removal of its former personality. It is also ruinously expensive and horrifically overcrowded.

The troubled years that lie ahead will, I think, show that Cleese’s description contains more truth than the sinister doublethink parroted by Mayor Khan and the liberal Left.