NewsPaperthe art of publishing
HomeNewsDon’t tear society down, build on it
71

Don’t tear society down, build on it

‘BELIEVE All Women’, arising from the #MeToo movement, is a weird political slogan. Do women not lie? Are women never confused? Are women’s memories infallible?

To the collectivist mindset, the truth or falsehood of any given woman’s accusations misses the real point – and the justice system be damned. Women as a group are historically oppressed by men as a group, so all women should be believed on behalf of victimised womanhood itself.

It didn’t matter whether Christine Blasey Ford was lying or mistaken or even lacking in credibility when she accused Justice Brett Kavanaugh of a sexual assault that purportedly occurred more than 30 years before, when both were teenagers. What mattered was that this was a high-profile opportunity to rebalance the scales, and prevent this representative of oppressive manhood from serving on the US Supreme Court and perpetuating the patriarchal status quo.

In other words, the individual particular elements weren’t important, in and of themselves, only insofar as they served the collective general narrative.

‘Black Lives Matter’ is another curious phrase. Do non-black lives not matter? If I don’t join a protest or get on my knees, does that prove I think black lives don’t matter?

‘All lives matter’ is offensive to the collectivists because the apparent statement in favour of equality is merely a defence of the inequitable status quo, where blacks are disadvantaged and whites are privileged. Black Lives Matter means destroying that status quo (and the entire structure of society – capitalism, the police, the judicial system, the family) and replacing it with a new one that upends the historical disadvantages.

It’s a zero-sum game in which any success in the Western world occurs at the expense of another. The solution, the collectivists believe, is to tear down all those they perceive to have success through privilege. Whites, men, heterosexuals, the wealthy, plus all the systems those people have developed, which are somehow infected with oppression. It is a wholly negative ideology in that its goals are negative and destructive. Tear down, destroy, dismantle, overthrow. They believe a positive outcome will naturally result once the obstacles are removed.

On the other side, there is the positive individualist belief. By positive I mean that, rather than being focused on destruction and tearing down, the focus is on building up. The situation is what it is. Some have more privilege or advantage than others. Sometimes, this does take the form of black-white or male-female, but it can and does take all forms, including white-black and female-male. Still, everyone as an individual has the opportunity to rise from wherever they happen to start. The path may not be clear or easy, but we do already have a society in which everyone has the opportunity to find that path. And further, everyone has the ability to help those around them.

I call it individualism only to differentiate it from collectivism. But it’s actually about much more than selfish people serving their own interests. It is the necessary precondition for any love and compassion in society. Only a free individual can truly help or love another individual. When governments try to help people, they can paint in only the broadest of strokes, and therefore must view people as identical members of larger collectives. They speak of the black community, the LGBT community, women, the working class, almost as if there’s more difference between those identified groups than within them.

But the truth is that solutions proposed by the state for the problems in society are inadequate because every individual has different needs and different weaknesses. To help a person is a surgical, bespoke action. When someone’s problem becomes too big for one individual, then a family, a neighbourhood, a local community can come together to work out a solution. This is the principle of subsidiarity, perhaps best expressed by Pope Pius XI in his 1931 encyclical Quadragesimo Anno:

‘79. As history abundantly proves, it is true that on account of changed conditions many things which were done by small associations in former times cannot be done now save by large associations. Still, that most weighty principle, which cannot be set aside or changed, remains fixed and unshaken in social philosophy: Just as it is gravely wrong to take from individuals what they can accomplish by their own initiative and industry and give it to the community, so also it is an injustice and at the same time a grave evil and disturbance of right order to assign to a greater and higher association what lesser and subordinate organisations can do. For every social activity ought of its very nature to furnish help to the members of the body social, and never destroy and absorb them.’

Practically speaking, the collectivist narrative is acting on the assumption that two wrongs make a right. We are currently witnessing their attempts to bring about that second wrong. And we are meant to take on faith that what will follow is going to be some ill-defined utopia.

Can two wrongs make a right? I remember my mother saying something about that.

Share
Facebook
Twitter
WhatsApp
Email
Previous articleWhy President Joe Biden could be a disaster for the West
Next articleUnlike these readers cowed by Covid, I’ll stand up to the Rule of Six bullies 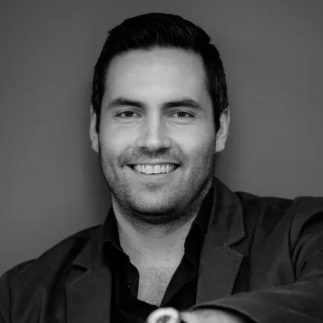