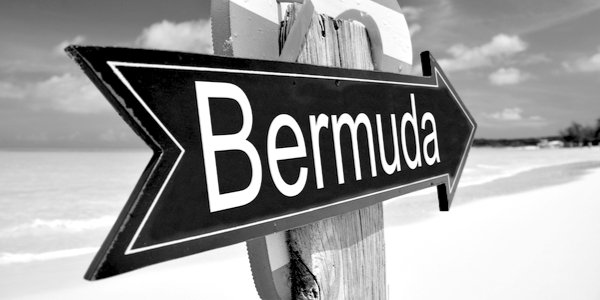 We always suspected that the bien-pensants of Blackheath and the human rights enthusiasts of Hampstead didn’t really like democracy, especially when it gave the kind of answer they didn’t want to hear. In the UK this issue is still playing out over Brexit, where the plebs notably failed to vote as their betters said they should. Last week, however, the same establishment got a new shock, this time from 60,000 people on a tiny island in the Atlantic. Its reaction was instructive.

Thirty-seven years ago Bermuda’s House of Assembly enacted a Human Rights Act, including a general equality clause. Last year a judgment of the island’s Supreme Court interpreted this, entirely plausibly, as requiring acceptance of gay marriage. The ruling was unpopular with the socially conservative Bermudians. Legislation was in due course tabled and passed by the House of Assembly setting aside the court decision and for the future restoring the definition of marriage as the union of one man and one woman, while preserving existing same-sex marriages and leaving civil partnerships open to same-sex couples. Bermuda being a British colony, the UK government had a technical veto on this Bill, but it declined to exercise it. The measure passed, and gay marriage is no longer legal in Bermuda.

Most TCW readers will, one suspects, approve. But that’s not the point. The legislation was as impeccable a democratic development as you could get. There was, it seems, no Bermudian constitutional bar to it. Although the European Convention on Human Rights applies in Bermuda, this was not a bar either, since it did not require recognition of gay marriage. The new law clearly reflected the views of a conservative electorate (who had voted nearly 70-30 against gay marriage in a 2006 referendum); the issues were fully debated; and indeed a general election intervened shortly after the court decision in which the issue could be aired. The UK government reaction was entirely principled, too: it might not welcome the legislation, but, it pointed out, Bermuda had colonial self-government and there were no constitutional or other reasons to intervene.

All was well, then? A triumph of constitutional propriety that even Gina Miller would be proud of? Not quite. It’s difficult to find anyone with a good word. Some complaints were admittedly self-serving: several cruise lines, for example, which years ago registered their ships in Bermuda as a flag of convenience, screamed loudly at losing a nice little earner arising from the opportunity to host same-sex unions on the ocean wave. But leave those aside.

In a Guardian op-ed Jonathan Cooper, one of the leading UK human rights lawyers, showed his attitude to democracy in no uncertain terms. If the UK government thinks gay marriage good, it should regard the contrary views of the majority of Bermudians not as a constraint but as a challenge to be defied. It should glory in overriding it and steamrollering through LGBT equality as a matter of principle. So now you know: in human rights-speak political leadership should be an exercise in machismo and the ignoring of opposition to what you know to be politically correct. Even, note, in respect of matters not even strictly required as a matter of human rights law.

Nor is this contempt for electors’ views limited to the rarefied human rights community. In the House of Lords, at least two peers, Lord Scriven and Lord Collins, had no compunction in saying the UK government should intervene in Bermudian affairs, if necessary by using UK taxpayers’ money to bankroll legal challenges to the legislation. (One wonders what their view would be of a foreign power giving money to a pressure group in the UK, but let that pass.)

Away from the comfortable red benches of the House of Lords Chris Bryant, flamboyant MP for Rhondda, told the House of Commons that the UK should simply have vetoed the law. If gay marriage was recognised in the UK, he said, the same thing should automatically apply to Bermuda (which leaves one wondering why we ever gave the Bermudians any self-government at all); the law was contrary to the Bermudian constitution (it wasn’t); and that in any case intervention was all right, because it was a matter of how Britain was seen in the world (pity about what they wanted in Bermuda, but clearly the UK’s self-image mattered more). And if you thought that an elected MP might have some regard for democracy in the matter, think again. Faced with the argument that changing Bermudian law ought to be a matter for the Bermudian people, his answer was quite staggering: you had to change the law first, and only then start on any exercise in persuasion.

So there you have it: a microcosm of the combined self-importance of the equality and human rights establishments. Whoever would have thought a year ago that an earnest Labour MP would join hands with a leading human rights barrister to call for the setting aside of impeccably democratic legislation and the imposition of unelected rule from London on an Atlantic island on the basis that the colonials hadn’t shown due respect to the mother country’s views? Not many, one suspects, but then not many people recognise that there are some things just too important to leave to the poor ignorant plebeians like you and me.

Share
Facebook
Twitter
WhatsApp
Email
Previous articlePeterson and Paglia – what a double act!
Next articleThought for today: For once the C of E is right – Down’s abortions are an affront to civilisation