NewsPaperthe art of publishing
HomeNewsDr Campbell Campbell-Jack: Britain is not a nation of immigrants
61

Dr Campbell Campbell-Jack: Britain is not a nation of immigrants 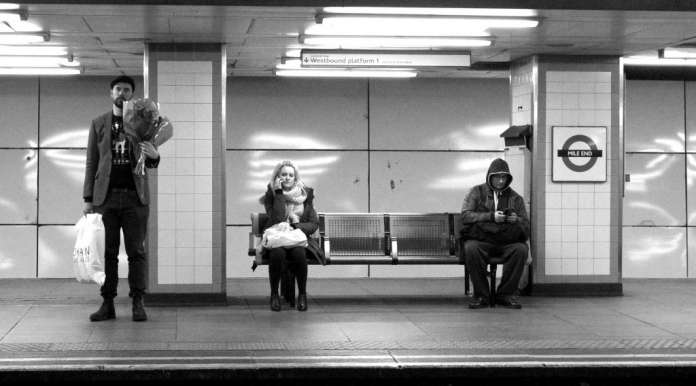 Those wishing to sustain high levels of immigration into the UK frequently make the claim that ‘Britain is an immigrant nation’. Idealists working in advocacy groups parrot the phrase and talking heads on television nod wisely as they attempt to throw open the doors as wide as possible in order to bring in any who want to come.

It is not only high-minded youngsters and the naive. Robert Winder, a trustee of the Migration Museum Project, and author of Bloody Foreigners writes of the ‘amnesiac streak’ Britain has ‘when it comes to acknowledging the immigrant blood in her veins’. According to Winder, migration legacies are inscribed in quintessentially English cathedrals, in the nation’s historical figures and place names, in the English language itself; all provide evidence of our all-embracing immigrant status.

Even the New York Times chimes in with, ‘The very story of Britain has always been one of migrants. Poke around behind Britain’s currently rigid surface of chauvinism and a composite picture emerges — of Romans, Vikings, Celts, Normans, Jews, Indians, Chinese, Africans and more. The whole country is a living museum of immigration — if only its people would acknowledge it’.

If we are to go far enough into the past, almost all nations are immigrant nations and the term thus becomes meaningless. A common sense definition of ‘immigrant nation’ would be: a nation, which at the time it became a nation included a large percentage of people whose ancestors did not reside within that nation’s territory. Actual evidence would indicate that Britain fails the common sense ‘immigrant nation’ test.

It is undoubtedly true that Britain has known flows of migrants in its past. There have been invasions by the Romans, Viking and Normans. In more recent times we have sheltered those fleeing persecution, such as the 17th century French Huguenots and Jews fleeing Tsarist and Nazi pogroms. During the slave trade, Africans also found themselves unwillingly deposited in Great Britain, where they remained and integrated.

Due to the relatively small numbers of immigrants since the settlement of Anglo-Saxons and others in these isles during the 5th to 7th centuries the basic population has remained remarkably homogeneous. Between 1066 and the turn of the 20th century, it is unlikely that the foreign-born proportion of the population ever exceeded 2 per cent, if that. The oft cited French Huguenots for example, numbered no more than 50,000 and are unlikely to have constituted more than 1 per cent of the population. Sharing a religion with the Protestant British they quickly assimilated and became part of the fabric of the nation.

Up until the present century the make-up of the British population was pretty much as it had been for more than 1,000 years. A study by the Wellcome Trust Centre for Human Genetics in Oxford and published in Nature (2015) reported that native Britons living in one particular area of the country are almost as closely related to other Britons living elsewhere in the country as they are to their immediate neighbours. The indications are that there is very little genetic structure differentiation within the native British population.

The largest differences are between the Orkney (part of Norway until 1472) and North Wales with a variation of 0.003, Orkney and Pembrokeshire had a similar variation of 0.003. In comparison the same values for major continental groups (European, African, Asian etc.) are in the range of 5-15 per cent, 100 times greater than the average variation between areas in Britain. A cluster analysis of the genetic data found that the vast majority of English people could be assigned to a single genetic cluster spanning from the South coast all the way up to the Scottish border.

A previous paper in Nature (2008) showed that the native British population can be demarcated genetically from the native populations of mainland Europe. Plotting the two principal components of variation it was found that the distribution of points matched closely the geographic distribution of European countries. This indicates that native Britons are all more closely related to one another than any of them is to the average Italian, Spaniard or Slovak.

The ‘immigrant blood in her veins’ asserted by Robert Wilder seems to have been severely diluted. The science would indicate that up until very recently Britain, although it had received minor immigrant waves, was not an immigrant nation. Rather Britain has until recently been remarkably homogeneous and distinct.

Contemporary levels of immigration into Britain are unprecedented. According to The Migration Observatory at the University of Oxford, the share of foreign-born people in the UK’s total population in recent years has increased by more than half, from 7 per cent in 1993 to nearly 13.5 per cent in 2015. In 2015 the number of foreign-born people relative to total population was greatest in Inner London (41 per cent) and Outer London (35 per cent). This would indicate that Britain is in the process of far-reaching change.

‘Nation of immigrants’ bears little relation to reality. It is a rhetorical device employed to silence those opposed to open immigration. If Britain was a nation of immigrants it would mean that we are all at some remove immigrants, therefore have no right to question further immigration. This would ultimately mean that we have no more right to live and work in these islands than anyone else who cares to turn up. Which is the standpoint of those who employ the term.