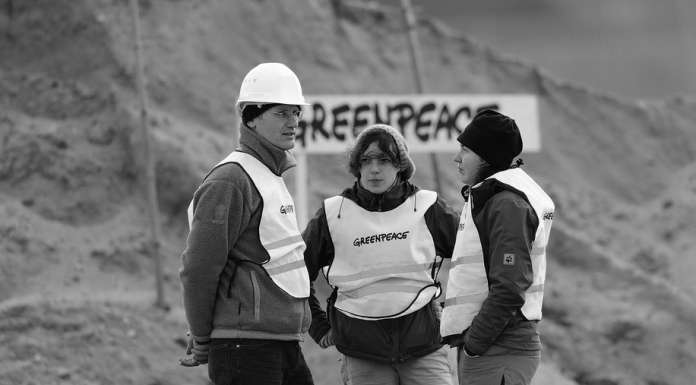 Environmental organisation Greenpeace has been forced to admit before a court that its attacks on a major forestry company were ‘hyperbole’, ‘heated rhetoric’, and ‘non-verifiable statements of subjective opinion’ that should not be taken ’literally’. It even made the humiliating admission that its practices did ‘not hew to strict literalism or scientific precision’.

A few years ago Greenpeace chose Resolute, Canada’s largest forest-products company, as their next target. There followed a smear campaign of accusations that the company was ‘forest destroyers’ and even caused a ‘caribou death spiral and extinction’. Companies doing business with Resolute were harassed and threatened with the same sort of smear campaign Resolute were undergoing. Greenpeace boasted they caused Resolute 100 million Canadian dollars in lost business.

Fortunately, the company was resolute in more than name; it did not lie down before the environmental juggernaut. It fought back. Last year Resolute sued Greenpeace in the United States District Court in Georgia under racketeering statutes, alleging that Greenpeace’s repeated attacks on Resolute, to raise money for Greenpeace, amount to criminal activity. The case is still before the court.

In a motion to dismiss Resolute’s lawsuit, Greenpeace was forced to admit that its attacks on Resolute’s forestry practices were unscientific. In its own words, the attacks ‘are without question non-verifiable statements of subjective opinion and at most non-actionable rhetorical hyperbole.’ In other words, untrue and with no objective reality. Peter Reich, one of the world’s leading forest ecologists, has concluded that Greenpeace has ‘a fundamental disregard for scientific reality’.

With an international membership of over three million Greenpeace is the world’s largest, richest and most confrontational environmental pressure group. Greenpeace is no stranger to controversy. Formed in Canada between 1969-1972 as a nuclear war protest movement, it gained fame through its anti-whaling campaigns. Greenpeace International moved to the Netherlands following the 1998 revocation by the Canadian taxation authorities of its charitable status.

Today, Greenpeace is big business with a reported US$300-plus million turnover and a network of 28 country and regional NGOs operating in 45 countries under the umbrella of Greenpeace International based in Amsterdam. While claiming to receive no political, governmental or corporate funding, Greenpeace is reported as receiving a percentage of the Dutch Lottery, direct financial support from the EU and benefit from various Green Party political groups in Europe. The organisation also receives donations from the philanthropic arms of various corporations. ‘Socially responsible’ businesses like Ben and Jerry’s provide the organisation with a sales percentage allocation.

Forbes Magazine once described Greenpeace as ‘a skilfully managed business’ with full command of ‘the tools of direct mail and image manipulation — and tactics that would bring instant condemnation if practised by a for-profit corporation.’

Greenpeace has often been criticised about its ‘charitable’ practices. In 2011 New Zealand’s government ruled Greenpeace was ‘too political’ to merit charitable status, Germany having issued similar findings in 2007. In 2012, Australia’s federal treasurer similarly questioned the organisation’s legitimacy as a non-profit, charitable, tax-exempt organisation.

Scaremongering is no new charge to be brought against Greenpeace. In 2015, as part of their campaign against coal mining in Australia, they tweeted a composite image of two photographs taken just months apart supposedly showing dramatic coral bleaching. The accompanying caption read: ‘Time to listen to nature. The #GreatBarrierReef bleaching is a clear message – No more coal’. But the photographs were taken not in the Great Barrier Reef but thousands of miles across the ­Pacific at Flowerpot Rocks, in American Samoa.

There is, however, a pattern of Greenpeace misleading the public over the threat to the World Heritage-listed natural wonder. In 2014 the group admitted using a photo of a coral reef in the Philippines damaged by a super typhoon to warn of the perils facing the Great Barrier Reef from mining and farming run-off.

Greg Hunt, Australia’s Federal Environment Minister, responded: ‘It’s disappointing but not surprising that Greenpeace is again blatantly misleading the public. Maybe they should use some of the money from their negative and deceptive fund-raising campaign to buy themselves a map.’ He added, ‘Greenpeace should be condemned for the fear and lies they are spreading about our iconic Reef as part of what appears to be no more than a cash grab.’’

Nobel Laureate Sir Richard Roberts has accused Greenpeace of scaremongering about genetically modified organisms (GMOs) as a deliberate fund-raising technique. ‘Every single major science academy in the world has come out and said GMOs are safe. But Greenpeace and other green parties continue to deny it because this is the very best fund-raising they have ever had. They have made huge amounts of money in funding as a result of being anti-GMO’.

Sir Richard claims that the actions of Greenpeace condemn many to poverty and starvation.‘[India needs] better crops, you know? The monsoons are changing, you’re not getting the same rains you used to have, you’re going to need drought resistant crops, you’re going to need a lot of changes being made. You can’t do that through traditional breeding’.

It appears though that Greenpeace has little interest in actual science and more interest in scaremongering as a fund-raising technique to cement its position as the leading environmental campaign organisation in a very crowded field. To stand out it has to shout loudly. As Greenpeace puts it, ‘heated rhetoric is the coin of the realm’.

Let us hope that many more companies are prepared to be as resolute as Resolute.

Share
Facebook
Twitter
WhatsApp
Email
Previous articleNick Booth: How I was found guilty of fascism in a South London pub
Next articleLaura Perrins: The tax-starved State blunders into the sex-starved bedroom