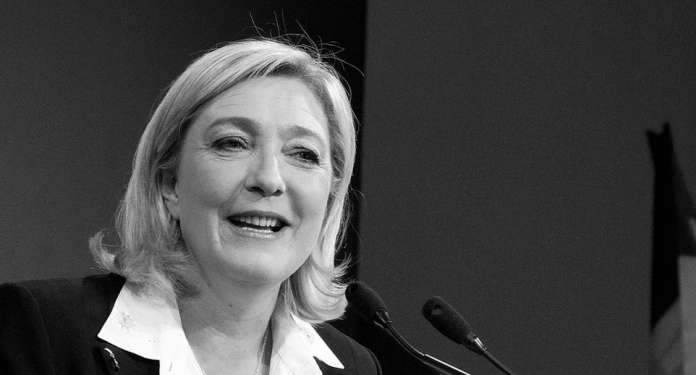 So, the first round of the French presidential election is over and we know that France is confronted with a contest between Macron and Le Pen. A globalising centrist with Mummy issues will face off against a Eurosceptic populist who has airbrushed her father from her history. Neither prospect is attractive.

It is easy to see why conservatives in Britain should feel uneasy about the ascendency of Macron. This establishment centrist is a party-less globalist who aims to strengthen the EU at potential cost to the Brexit negotiations. His sole experience of political service is to have served for a year under the most unpopular president in the history of modern France, the unbelievably inept socialist Francois Hollande whose approval ratings sank as low as 4 per cent.

Macron has made a few economic concessions with regard to limiting the power of the State. He hopes to cut the bureaucracy and lower corporate taxes. He has also pledged to reduced France’s deficit, but no one is quite sure how he intends to do this.

But Macron remains a French socialist at heart. The Financial Times argues that ‘Macron’s economic measure do not herald a big break from policies he inspired and help implement as economy minister under Socialist president François Hollande’. While there may be a few differences in the details, essentially the status quo which he helped implement when working with Hollande will be left untouched.

It is likely that France under Macron will find the cultural tension and social resentments, with their violent consequences on the street which have aided the rise of Le Pen, will be exacerbated. Macron gives not the slightest indication that he realises that the unassimilated immigrants already living in France and those who are still expected are a source of tension.

As someone who is not slow to say proudly that ‘there is no such thing as French culture’, Macron will be a focus for discontent if the Muslim attacks continue, which is almost certain, and if the stuttering economy should worsen leading to even greater unemployment, which is quite possible.

Much of Europe is in the midst of anti-globalist discontent which is helping to give rise to the populist protectionism of politicians like Le Pen. In the face of this to elect an untested committed Europhile Establishment elitist with open borders inclinations and a background in investment banking with Rothschilds seems a recipe for further unrest.

Some British conservatives hope for a Le Pen victory, or at least consider her the least worst option in a two horse race. They are impressed by her willingness to talk about immigration, the bloated inefficiency of the EU and rising crime, all subjects to which social conservatives everywhere respond. It would, however, be a mistake to assume that therefore Le Pen is a conservative. Being incessantly labelled far-right by the media does not a conservative make.

In economic terms Marine Le Pen is well to the left of French socialists, not for nothing has her party absorbed a few hundred thousand former communist voters. She wants wealth taxes, nationalisation and protectionist trade practices with a stronger role for the State in business. Free trade is pilloried as a neo-liberal plot to undermine a French manufacturing sector that, in reality, has not been competitive for decades. The far left Jean-Luc Melenchon is the only one of the defeated main candidates in the first round not to rush to endorse Macron as the stop Le Pen candidate.

Marine Le Pen is another big government statist. In an interview with the New York Times following her election as leader of the National Front in 2011 she said, ‘the idea that the State always does things more expensively and less well than the private sector… that’s not true. The reason is the inevitable quest for profitability…There are certain domains which are so vital to the well-being of citizens that they must at all costs be kept out of the private sector.’ Le Pen continued, ‘The government, therefore, should be entrusted with health care, education, transportation… Obama is way to the right of us.’

Le Pen’s education policy would not be out of place in a NUS pamphlet. The Front National declared ‘Universities are not businesses. They are public institutions charged by the State to implement the higher education of the nation as a public service. It is therefore futile… to base governance on the model of private enterprise.’

In a country burdened by a welfare state groaning under the weight of unrealistic promises and with chronically weak public finances, Le Pen promises to increase welfare spending. The millions who are either government workers or receive government benefits might quietly support Le Pen’s nationalism rather than lose what they have. Despite an oncoming ageing crisis, Le Pen promises to lower the retirement age to 60. France’s 35-hour working week is sacrosanct in Le Pen’s approach to the people. While undoubted vote winners, these are integral components of Le Pen’s economic and social ideology.

Neither is Le Pen a friend of social conservatism. For her abortion is not only a right which is to be ‘unquestioned’ but should be ’fully reimbursed’. In this area her staunchly Catholic niece, and possible future leadership rival, Marion Marechal Le Pen, is much more of a social conservative. During regional elections in 2015, Marine pulled her niece back into line after Marion called for public funding of ‘politicised associations, including family planning clinics’ to be withdrawn. Marine Le Pen emphasised such proposals were ‘not part of the Front National’s plans’.

In the coming presidential election France is faced with a choice between an Establishment elitist and a big State demagogue. Pity there isn’t a conservative standing.