NewsPaperthe art of publishing
HomeNewsDr Campbell Campbell-Jack: Scottish Labour is even more laughable than the Corbyn...
15

Dr Campbell Campbell-Jack: Scottish Labour is even more laughable than the Corbyn version 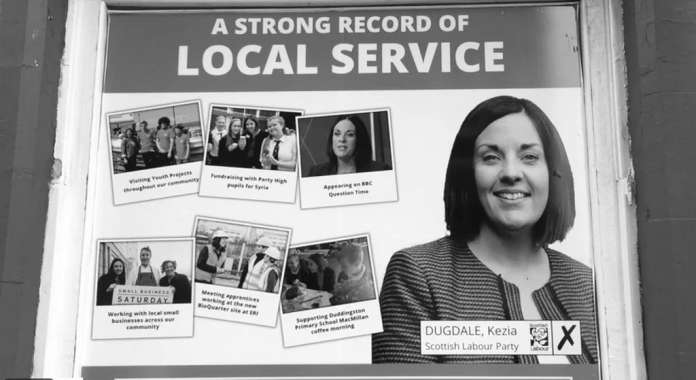 Will they never learn? The Labour Party in Scotland have been consistently wrong on devolution and independence for the last two decades and more. The events of last week show they value consistency. From Donald Dewar to Kezia Dugdale they have thought that they could contain independence by pandering to it. Again and again Scottish Labour have attempted to shoot the SNP fox by giving in to nationalist demands, and have ended up shooting themselves in the foot.

From being in virtual hegemonic control of Scotland they have slumped to the margins. The party that after the 1997 general election crowed about making Scotland a ‘Tory-free zone’ managed a single MP at the 2015 general election. In the Scottish Parliament they are the third party behind the Conservatives. They have no one to blame but themselves.

Back in pre-devolution days, George Robertson campaigned for devolution on the grounds that it would ‘kill nationalism stone dead’. This too was the position of Donald Dewar, architect of devolution and first First Minister. Some, like Brian Wilson, argued that devolution was a step on the slippery road to independence. Scottish Labour didn’t listen then, they don’t listen today.

Scottish Labour is now on their eighth leader since devolution, and what a roll call. Donald Dewar, Henry McLeish, Jack McConnell, Wendy Alexander, Ian Gray, Johann Lamont, Jim Murphy and Kezia Dugdale. Few of them could be described as political heavyweights or would have stood a chance of making the B List of politicians outside Scotland.

After Dewar’s untimely death, his successor Henry McLeish was forced to resign as First Minister over a ‘muddle not a fiddle’ concerning the sub-letting of his Fife constituency office. This was not the only ‘muddle’. Wendy Alexander, who was probably relieved to go, resigned as First Minister over a tiny campaign contribution from a technically non-British businessman.

So disastrous was Alexander’s leadership that, as usual in left wing circles, the reason that she failed was not her inability to confront and deal with a rumbustious Salmond but that old standby, misogyny. ‘Alexander’s press spokesman says she is in part the victim of the misogyny of the all-male Scottish press pack, who are still coming to terms with Scottish Labour having a woman in charge’.

Bumbling Jack McConnell, in order to secure a governing pact with the Lib Dems, agreed to proportional representation in local government. And so the gates were opened for the SNP to destroy Labour’s local power base. Today Labour is fearful of the results of the upcoming local elections in May. It is facing a hard fight to hold on to what were once rock solid Labour councils like South Lanarkshire.

Fast forward to the hapless Kezia Dugdale, the present leader. Shortly after becoming leader she said, in the event of Britain voting for Brexit, she might vote for independence. She then frantically attempted to row back – while also pledging she was vehemently against another referendum and would campaign fiercely for a No vote if there was another indyref. Go figure.

Last week we had the spectre of Tony Blair assuring us all that unless we had another Brexit referendum the SNP’s demands for independence would be unstoppable. Blair may well be the most reviled politician in Britain today but the SNP loved the encouragement.

A couple of days later we were treated to Dugdale’s latest wheeze to counter SNP demands for another independence referendum. At the Scottish Labour Party Conference in Perth, Dugdale announced her new flagship policy, federalism. A federal UK is seen by the Scottish Labour leadership as a way of opposing independence whilst rejecting the unpopular constitutional status quo.

For federalism to succeed it would have to rely on the willingness of English voters to support the idea as it would entail an England fractured into regional parliaments. Dugdale did not mention how she would overcome this hurdle. This proposal is as likely to come to fruition as her wish for a ‘new Act of Union’ to replace the 1707 Act, which united the two parliaments of Scotland and England.

Federalism would mean the devolution of a substantial tranche of new powers being granted to Holyrood. What Scottish Labour fail to grasp is that Salmond and his protégé Sturgeon are not independence or nothing absolutists, they are gradualists. And bit by bit they see Scottish Labour handing them what they want.

Dugdale’s speech was immediately overshadowed by comments from London’s Mayor Sadiq Khan, who described Scottish nationalists as no different from racists and bigots. Does Labour actually want to survive May’s council elections?

Then came the speech by Labour’s UK leader. In his half hour speech on the last day of the conference Jeremy Corbyn did not once mention Dugdale’s flagship policy. It takes Scottish Labour to create a situation where Jeremy Corbyn gets something right.

Share
Facebook
Twitter
WhatsApp
Email
Previous articleLefty Lunacy: Waiter! There is a microaggression in my soup
Next articleKathy Gyngell: Orbach takes the biscuit – she makes women fat or emaciated