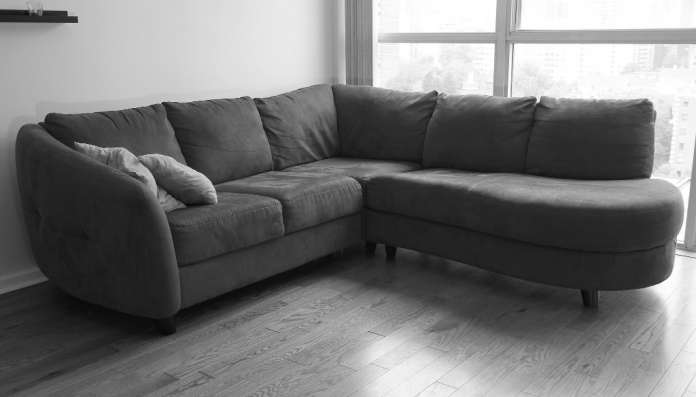 This was probably the most traumatic event most of us have ever witnessed. What must it have been like for New Yorkers? Massive psychological fallout was expected. ‘Huge increases in the prevalence of traumatic grief, depression, post-traumatic stress disorder and substance abuse in the New York metropolitan area at the least… [the] psychiatric toll will be enormous’, was a typical response immediately following the event. Grief counsellors and trauma experts flew in, roughly nine thousand rushed to lower Manhattan.

In October 2001, PBS in the USA ran a call-in show Reach Out To Heal. After experts described the symptoms of traumatic stress viewers were invited to call in to Sharon Khan, a senior psychiatrist in a New York hospital, and get referrals for help. Miss Khan took calls all evening. The vast bulk of calls were questions about the resumption of normal programming. She made two referrals for therapy.

Most of those requiring therapy after 9/11 had pre-existing psychological conditions including PTSD and anxiety disorders. According to the New York Academy of Medicine, there was a mere two per cent increase in New Yorkers visiting mental health professionals post 9/11.

The trauma epidemic that never was should cause no surprise. Prior to WWII it was assumed that mass bombing of cities would produce three psychiatric casualties for every physical one. Special psychological clinics called Neurosis Centres were established. The bombing came. From Autumn 1940 to Summer of 1941 more than 43,000 civilians were killed across Britain, including almost 5,500 children. The Neurosis Centres were not needed.

There were a few ‘relatively rare’ cases of ‘air raid phobia’ but most of these cases were able to recover ‘either spontaneously or in response to simple forms of psychiatric treatment within a few days to a few weeks’. Children who remained in cities suffered less emotional distress from the bombardment than children evacuated from cities for their physical safety who suffered mentally from being parted from their mothers.

The mass of people are not emotionally frail requiring the intervention of mental health professionals to enable us to cope with what life and death deal to us. We are much more resilient than many in the trauma industry would have it. As Frank Furedi of the University of Kent has wryly observed, many psychologists’ view of human nature is far from optimistic. Today there is a book for every psychological twitch, a lawyer for every grudge and a counsellor for every crisis. Our personal and familial ability to cope with the everyday challenges of life is being steadily devalued.

Being ‘in touch with one’s feelings’ and freely expressing them, often with the aid of trained counsellors, has emerged as a form of emotional correctness. Yet a sizeable and compelling body of research indicates that pouring out our emotions is not a panacea for happiness. Talking has little effect on emotional recovery following trauma. Yale psychiatrists found that whether or not Gulf War veterans talked with their families about their experiences had no effect on their residual war-related anxiety.

Grief when confronted by death, fear when confronted by violence, unhappiness when confronted by disappointments in life, these are perfectly normal human responses, not illnesses requiring treatment. In our trauma-conscious society many mental health professionals are eager to take charge of managing normal anxiety following a tragedy. Whenever a school encounters tragedy, grief counsellors are immediately rushed in to take-over the job that the family and community should be doing by providing love, support and structure.

Grief has been so hyped and transformed that it is devalued. Like the Victorians we have embraced death and mourning as a social ritual. Our ‘grief’ at the death of Diana, the countless roadside shrines whenever there is a murder or accident, lighting candles following the latest Islamist atrocity, these are not outpourings of grief or concern, they are social demonstrations of our worthiness. As Furedi writes in Therapy Culture, ‘Bereavement becomes not so much a remembrance of the dead but a therapeutic statement about the survivor’.

The mass of people are not emotionally frail requiring the intervention of mental health professionals if we are to cope with what life and death routinely deal us. What is needed is not the medicalisation of normal responses but guidance on how to be civil and ethical, how to cope with the vicissitudes of life.

Studies show that far from compromising one’s mental health, reticence and suppression of feelings may actual help one’s psychological well-being. Expressing anger does not always alleviate it; on the contrary it can make one angrier. When people who are distraught vent on the cause of their distress the pain can be accentuated. Sometimes reticence and distraction can be the best remedies. Despite the witness of the two princes recently, a stiff upper lip is not necessarily a bad thing.