NewsPaperthe art of publishing
HomeNewsDr Campbell Campbell-Jack: Time to restore the distinction between the deserving and...
1

Dr Campbell Campbell-Jack: Time to restore the distinction between the deserving and undeserving poor 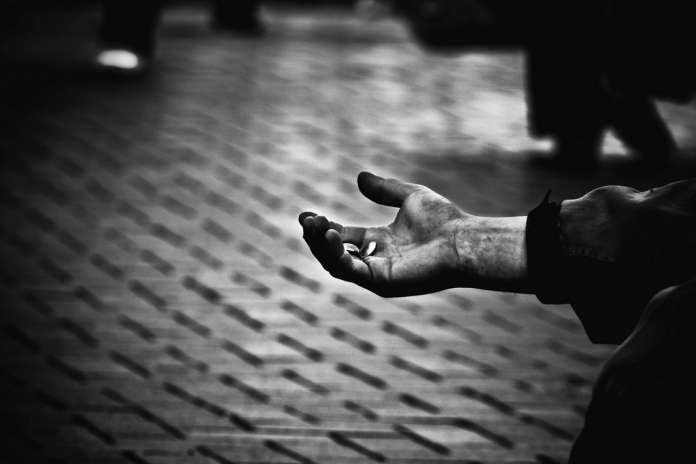 Poverty statistics are notoriously subjective:  the more rich people who come to live in the UK the higher our levels of poverty. Go figure. Nevertheless poverty does exist in the UK; not only material poverty but poverty of aspiration and moral poverty.

Paradoxically, the only method proposed to rectifying these ills is not to enact policies that encourage the assumption of personal responsibility, but the ever increasing intervention of a state apparatus that takes responsibility from the individual. Consequently the individual, especially the poor individual, is lost.

Perusal of the party manifestos currently floated reveal no evidence of an intention to do anything other than perpetuating poverty; sticking plasters rather than surgery. No party points to a route out of poverty.

Rowan Williams, when Archbishop of Canterbury, warned: ‘The Victorian distinction between the deserving poor and the rest is very seductive.’ He continued: ‘Even if there are those who are where they are because of their own bad or foolish choices in the past, that doesn’t mean they are any less in need in the present.’

Dr Williams and those like him are, we can be sure, motivated by genuine sympathy for those enduring poverty, and those in need should be appropriately helped whatever the reason for their need. Unfortunately, the consequences of the attitude that individuals should be absolved of responsibility for the consequences of personal choices is destructive of the poor, not of poverty.

Focusing solely on obvious need and neglecting the causes of that need serve to perpetuate poverty. It means that even if poor people are dishonest, idle or irresponsible in their lifestyles, the rest of society should indiscriminately support them in their choices. This effectually affirms those lifestyle choices keeping them poor.

In a post-Christian society where the concept of the individual’s responsibility before God has all but vanished, we have succumbed to the romantic notion that people are invariably born good and would continue so were they not corrupted by the pernicious effects of society.

Many are poor through lack of ability, illness or other circumstance. Others contribute to their poverty through their own deliberate choices. There are single mothers who are the innocent victims of desertion or violence, or have been widowed. There are also those who choose motherhood without a permanently committed father around in full knowledge of the statistical evidence regarding harm to children brought up with a succession of ‘uncles’.

The idea that the immoral and irresponsible should be treated in exactly the same way as those whose behaviour has been irreproachable is itself profoundly immoral and damaging to society.

The distinction between the ‘deserving’ and ‘undeserving’ poor is not motivated, as usually implied, by an absence of compassion but by its opposite, a deeply compassionate desire to end the trap of permanent poverty.

The way out of poverty is not to disperse money indiscriminately, but by encouraging behaviour that ends poverty. To do otherwise is to condescend to the poor as helpless pawns. Rather we should view the poor as responsible individuals governed by the same impulses as all humans.

We search in vain for policies that strengthen the traditional family at the heart of a strong society. Where are policies encouraging and making it possible for mothers to raise their own children rather than be forced to farm them out to child minders? Where is the provision of and encouragement to take up meaningful apprenticeships? How many schools provide courses in entrepreneurship? Opening up the possibility of making meaningful positive life choices is fundamental to helping people out of poverty.

What distinguishes humanity from animals is that we humans, alone in all creation, make responsible choices. Those who would ignore individual responsibility unwittingly treat the poor as less than human, as incapable of making responsible moral choices.

If those who make immoral or amoral choices are sustained in those choices through a blanket welfare system, we have created a fundamental injustice within society. Those who refuse to cheat the system and live lives of self-restraint are demoralised and their positive influence over their children undermined. An undifferentiated welfare system that rewards irresponsibility leads to the moral degradation of society.

During the Hanoverian period, crime was rampant throughout Britain, illegitimacy was common and drunken squalor was normal. A strangely familiar scenario. Then in Victorian Britain there was an order established, social mobility began to appear, the family was the bedrock of society, and there was public acknowledgement of morality.

There were huge flaws, social, economic and moral in Victorian Britain, which must be deplored, but it was a significant improvement upon what went before. It is fashionable to look at the hypocrisy and bewail the patronising attitude of the Victorians to the poor.

What has replaced it is worse. It is an attitude that is afraid to treat the poor as fully responsible human beings. If we gave every help to the deserving poor to make the most of their lives, and forced the undeserving poor to face up to their own responsibility, all society would benefit.

During the Victorian era, biblical Christians helped transform this country. Slavery was abolished, industry was regulated, drunkenness was curtailed, crime was opposed, orphans were sheltered, the poor were fed, educated and given a route out of poverty. All because biblical Christians taught the dignity of every human being and believed that people could take responsibility for their own lives.

These effective Christian actions embarrass today’s Christians. Unfortunately, the commitment of the Church to the moral code and understanding of humanity revealed in Scripture has been eroded drastically. Expediency has replaced morality, the social work department has replaced the church, and the holy war against sin replaced by political war against merit.